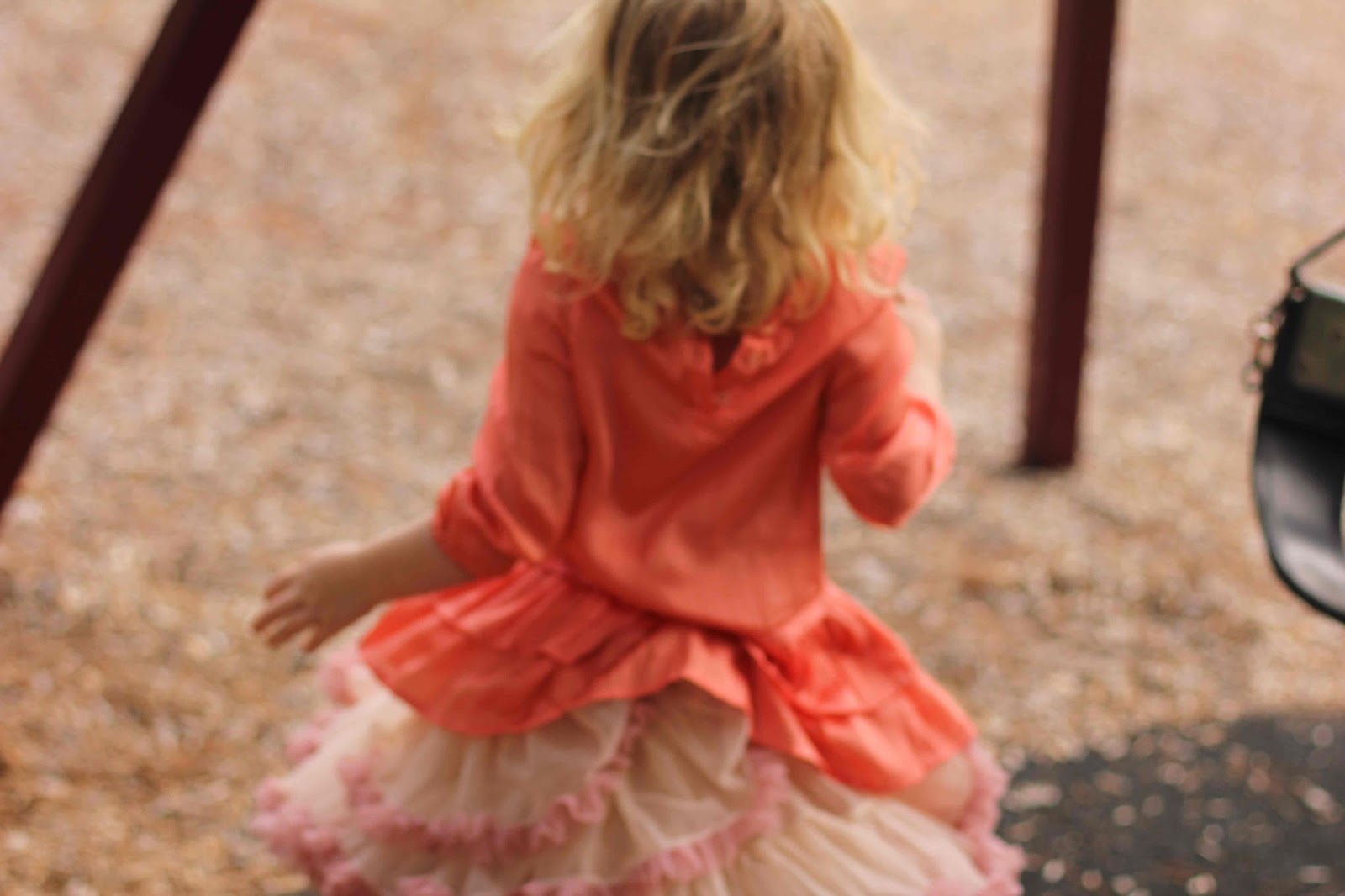 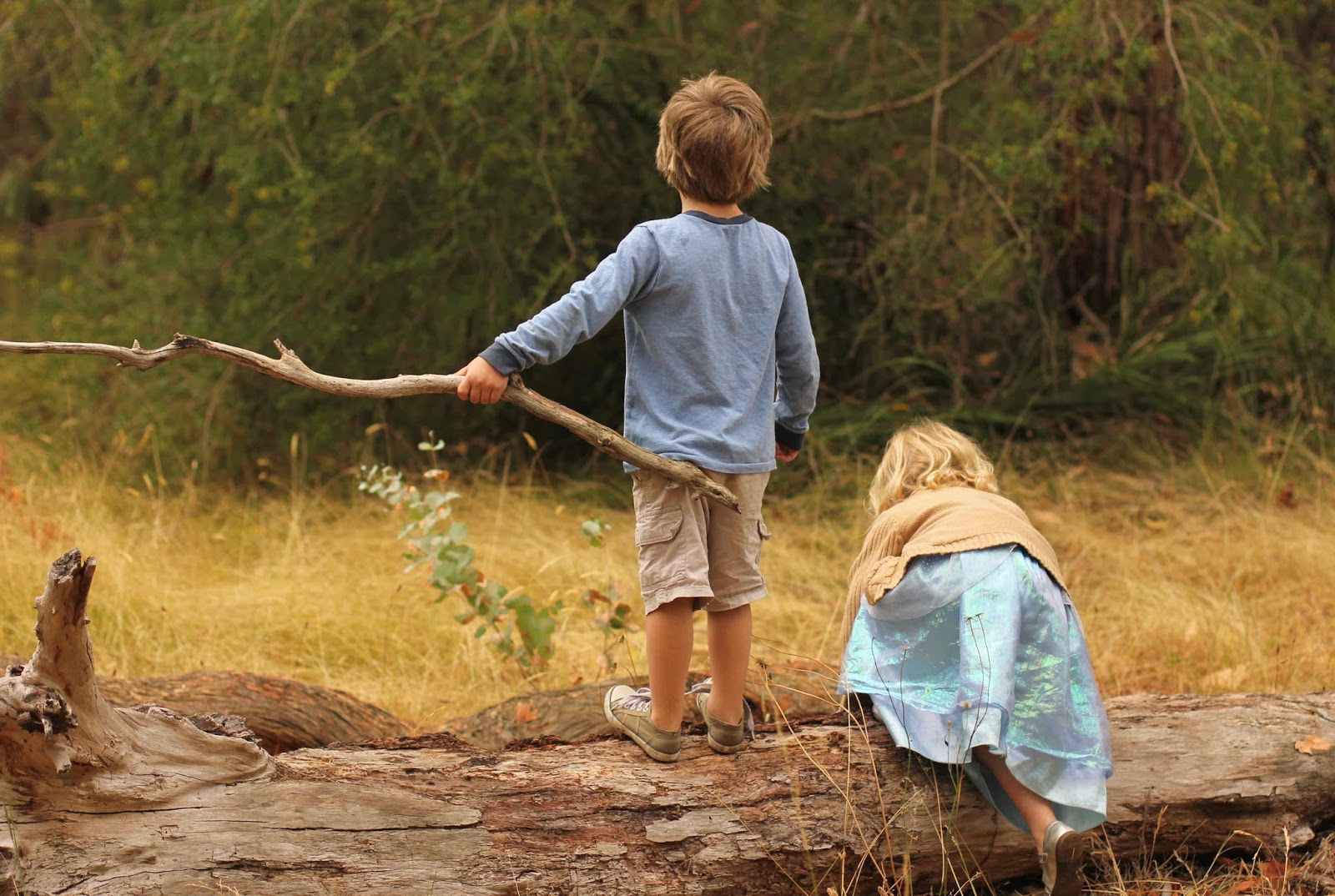 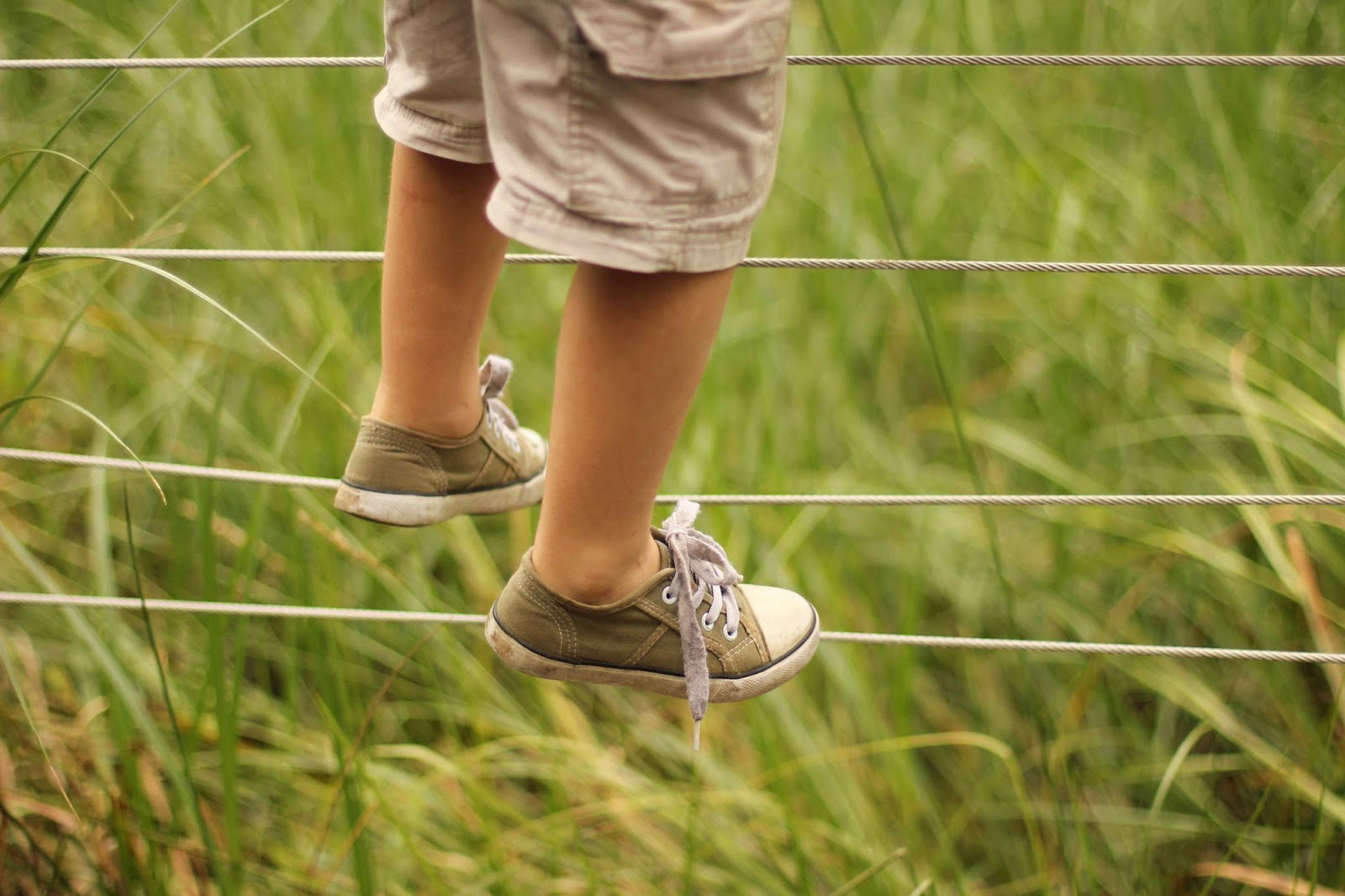 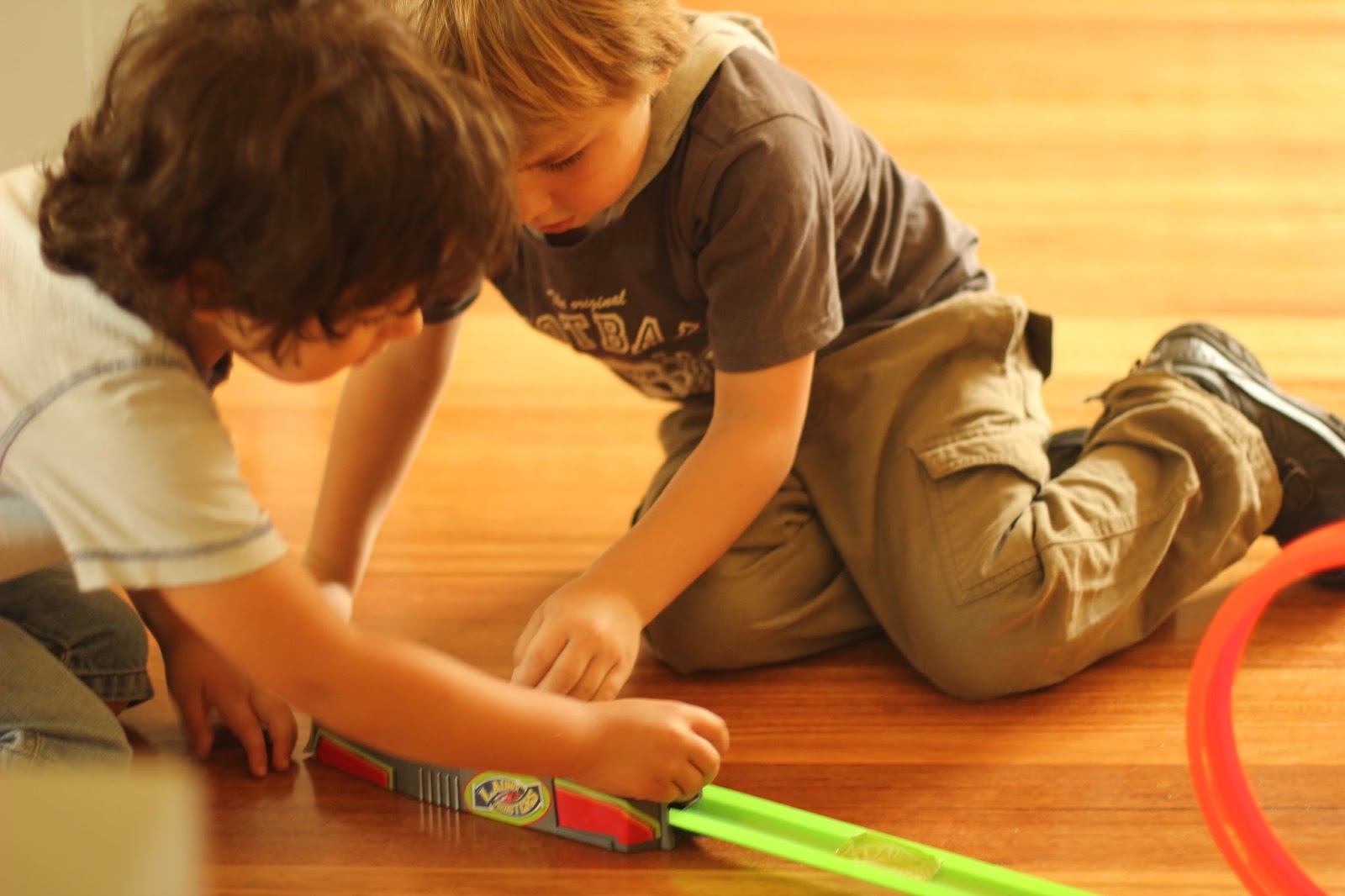 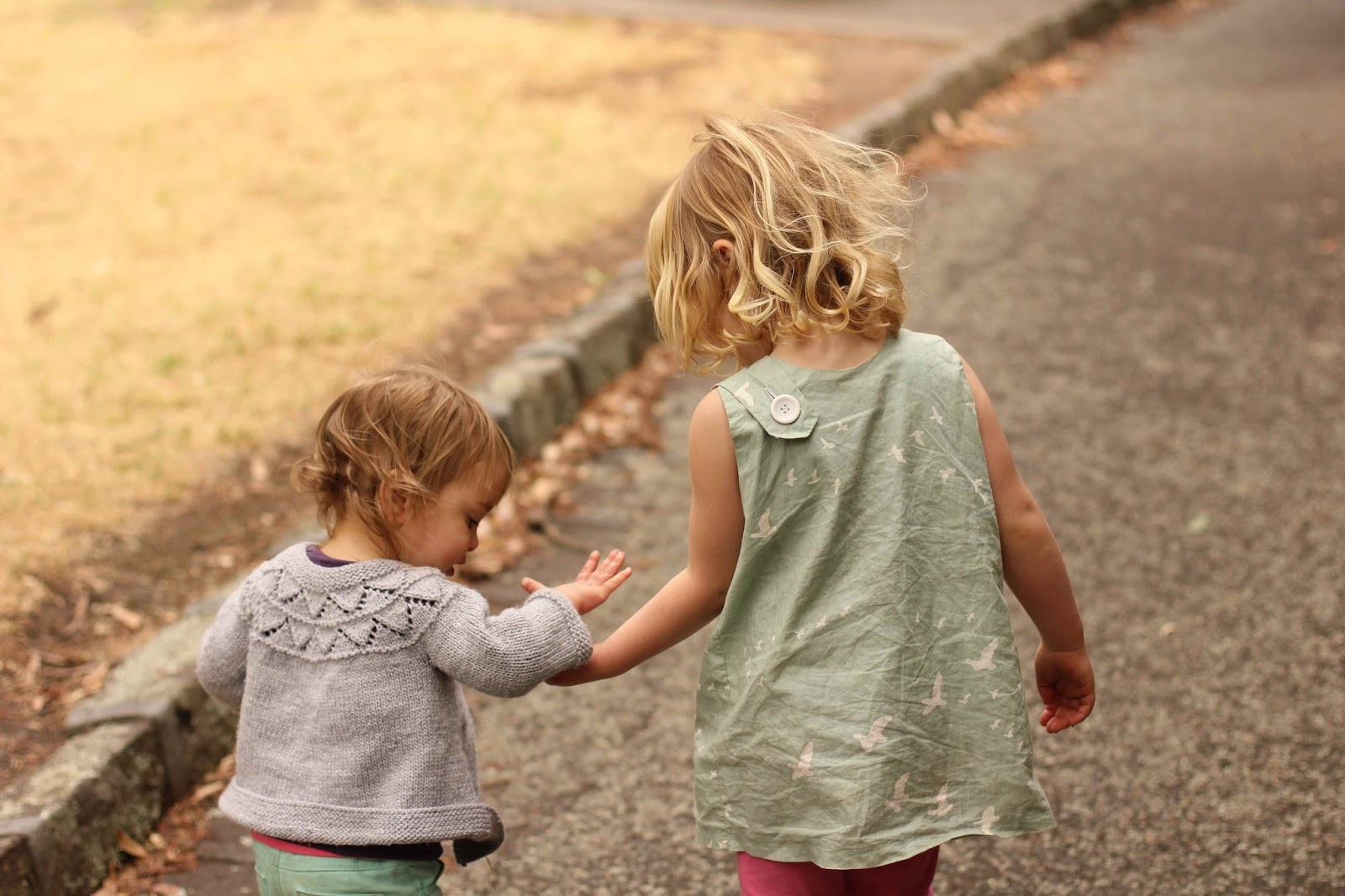 -When Poppet choses her clothes it's all about the 'princess clothes' - in a favourite dress and her birthday tutu- she runs across the playground. The kids were playing with the two boys of one of my best friends and poor Poppet spend a lot of time yelling "Boys, boys! Chase me! Over here!" while they were monumentally uninterested.
-Poppet and Sprocket exploring in a park. There were many wonderful sticks and the occasional tree trunk Sprocket tried to hoist up.
-Sprocket, climbing up on the railings for a better look down into the pond for tadpoles and waterlife. We were lucky that my Aunt, who specialises in freshwater invertebrates was with us to point things out and find interesting things.
-Sprocket, playing cars with a friend.
-Sprocket, examining a cicada shell. He didn't want to be left out of the nail-painting on the weekend and his finger nails and toe nails are now a fetching shade.
-Poppet, with an old school friends little girl. She's so ready to be a big sister!

We've been in Melbourne the last week, hiding out from the smoke and fires of home. It's been lovely gulping down the fresh air and catching up with family and friends. Now we're back in our home town, unable to go into the garden, feeling sick with the smoke just going to the letterbox, and trying to explain to the kids why they can't climb out the windows and play in the garden like normal. We live for the times the wind changes and are considering returning to Melbourne… lovely as it is to be in our own home… fresh air has it's own (rather strong) allure. As my Poppet cried for at least half an hour when we left Nana and Grandpa's the kids are all for a return to the city… if it wasn't for Sprocket's school...

Joining with the lovely Em of the beetle shack for moments from our week.
Posted by kirstyrosa at 11:14 PM