Littlest, you're getting so big! twenty-eight weeks now and about a kilo.
Hello my little sugar-bag!
We had a midwife appointment this week and your little heart did just as it ought and you were already head down - although I suspect you'll flip and flip again. The midwife could feel your head (I felt her hands cupping it through my tummy) and pointed it out to the student, who felt as well, as apparently it's not very common at twenty-seven weeks.
The heat has been horrendous, and there's no end in sight. It's forecast to last through Feb and into March… noooo! We've had quite a few days get up to 40 c (104 f) and in our uninsulated, un-air-conditioned little house this has not been pleasant. We have moved slowly and sought excuses to get into the cool of the car. We're still all spending nights in our bedroom, under the ceiling fan with the window open and the blow fan on. Your brother loves all the moths and night insects that fly in… I think we might need to look at screens.
It's odd I find a few degrees makes such a difference. 35c seems normal. 40c seems extreme. Whereas I found the difference in temperature between -10 and -30 not really that much when we were in Europe. You rug up pretty much the same for both. It's also odd that I still look at temperatures and gulp. I did spend three and a half years living and working on South Pacific Islands - but let's be honest the average temperate was 28 (although the humidity's a downer) with sea breezes!
I'm so glad you're still inside and protected, rather than on the outside getting heat rashes. I remember when your big brother was a baby in the last big heatwave (before all the fires) sitting in front of the fan all day nursing him to keep his fluids up and putting wet face washer after wet face washer on him to keep him cool.
On hot days anything that involves cooking has been vetoed. Salads and sandwiches have been the name of the game. We've eaten frozen grapes, strawberry and banana smoothies and the odd (okay, when the weather hits forty I forget healthy eating) lots of ice-cream. Your sister and I have demolished a kilo of cherries between us in a sitting. Grapes go with equal speed and we're loving all the stone fruits. Mangos, nectarines, plums, peaches, apricots, yum. If you truly do develop tastes for certain foods in the womb, you're going to end up a fruit bat - what your Grandpa Sheba calls us - like your sister and I.
Various people have again been asking when I'm due and then looking shocked and surprised to learn there's still twelve weeks to go. One woman even said 'O. I thought you were due in January.'
It is now February. I was not due last month. I am going to get a lot bigger.
My tummy feels taut and tight and, if I didn't know better, stretched to the limit. My waddling is more pronounced. I wondered if I was unconsciously accentuating it, and tried to walk naturally. I walked faster, but I still waddled. My hips have started aching during the night, so I think it's nearly time to bring on the heat packs. My fingers have swollen (although I'm blaming that on the heat) and my chin is rapidly disappearing. (I would like to blame that on the heat, but no, I suspect that's the ice-cream...)
And… the great baby-brain is well and truly intact. This week I managed to muddle the times for a birthday party your brother was going to. Considering it was a two hour drive away, you'd think I'd have double checked… but no. We rocked up at the outdoor miniature railway station to find balloons, but no kids. Luckily, a quick phone call and Sprocket got to play with his friend in lovely air-con rather than the 40c heat outside. So win. But it was still somewhat embarrassing. I am writing everything down now and live in terror I've forgotten something very very important! I haven't been writing much and I think it might be because I'm a little afraid that I can't…that all that will come out will be blah, blah, baby…  Soon, when I'm more in a routine, I'll put it to the test.
Your big brother started school this week and your daddy and I have been all teary. Our little boy. All grown up! He doesn't mind it, but still doesn't understand why he has to keep going. Having to explain every day that actually, no, he'll be going today and tomorrow and the next day, is hard. (Little one, is is bad to admit that I'm glad I've got you, so I can extend these lovely - if exhausting! - baby years another five years…)
I wanted to get some photos of your brother and sister and you (or your bump) before your daddy went back to study and it got harder to find time. I have to say the results are mixed! The day we finally got around to it was so hot I could feel the sweat trickling down my legs. We might try again when it's cooler! 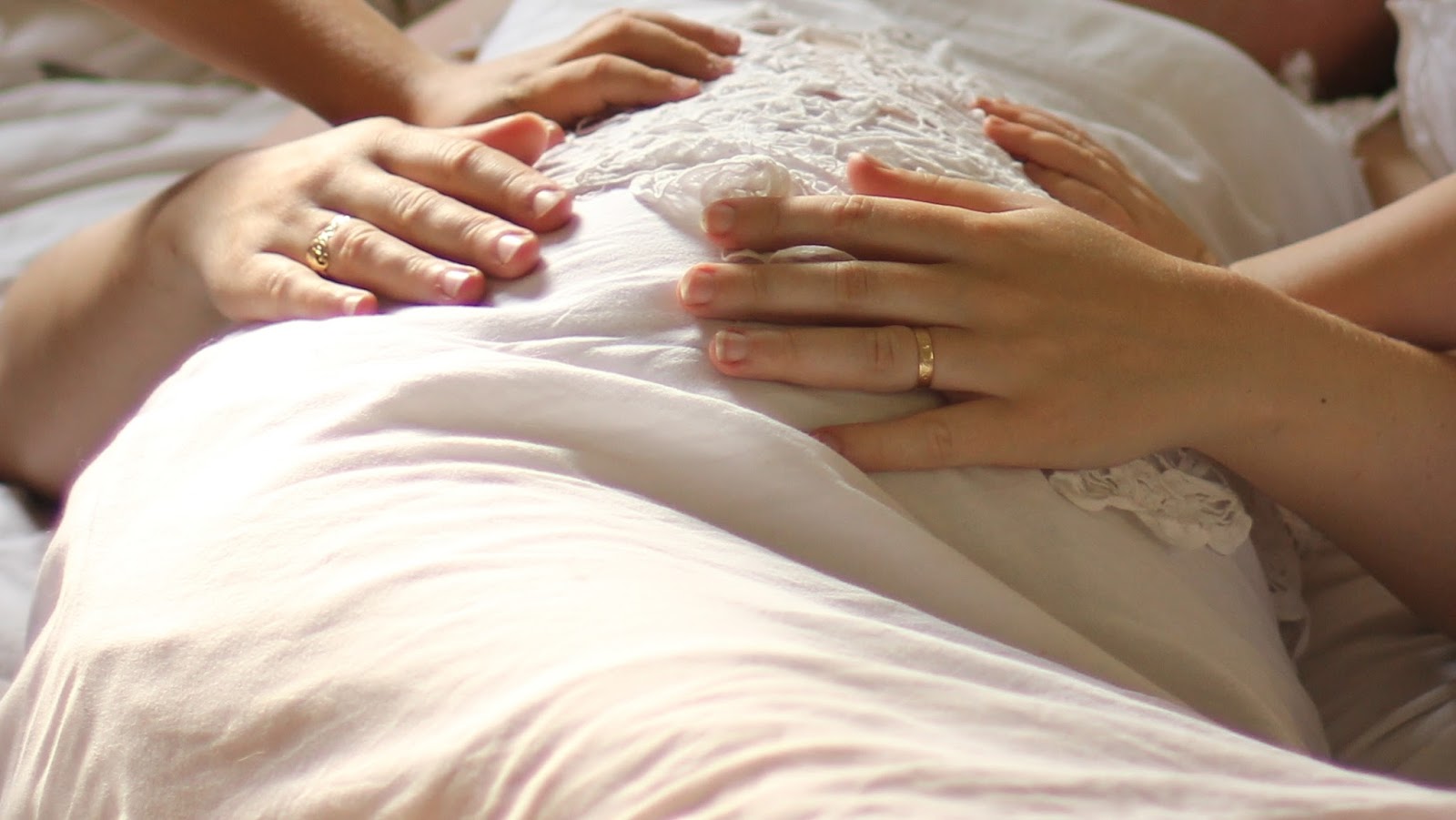 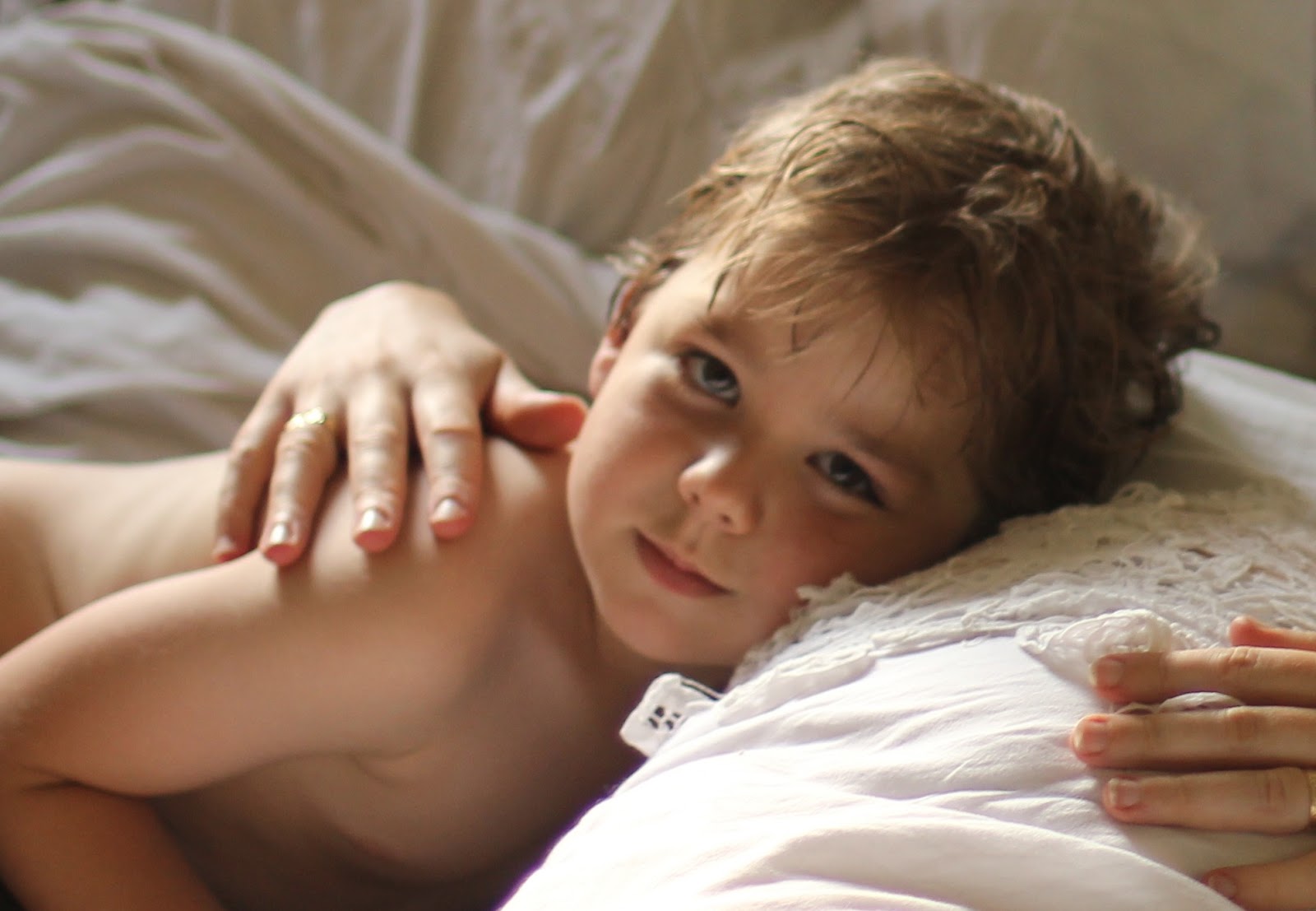 Joining with the lovely TOI of Life of TOI and Erica of To the sea for Blogger Baby Bump.

Posted by kirstyrosa at 1:45 PM