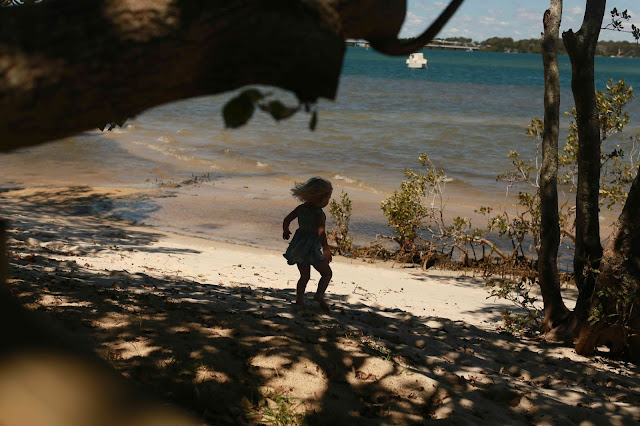 Giggle Bear's very favourite things are the beach and playgrounds, so a playground beside the sea is her idea of paradise. I don't find it such a hardship myself.

While the weather is not precisely Spring Like (it lacks a certain crispness) it does not yet have the I-can-feel-the-sweat-catching-in-my-bra-horror that is Queensland's (extended) summer. In other words it was balmy and pleasant and the lap of the sea and the play of the breeze almost made me forget that we're not yet halfway through the school holidays. (And all three children on the outside are still intact and alive! Score! And the one on the inside is busily head-butting away and being large.)

The kids' latest craze is parachutes - to which end they brought several large plastic bags to the beach and proceeded to jump off the walkway railings repeatedly. (With many warnings not to let the bags go as they'd be dangerous to sea creatures.) They assure me the parachutes really work and I'm just grateful they haven't tried to jump more than a couple of metres onto soft sand.

I've been getting out my camera more and more recently - getting back in the swing of it. I've missed it so. And I've missed having the photos to look back on. Especially with Giggle Bear changing so much and being almost unbearably cute (and incredibly cheeky). I've almost worked out the light again - now I'm working on sorting out the focus. 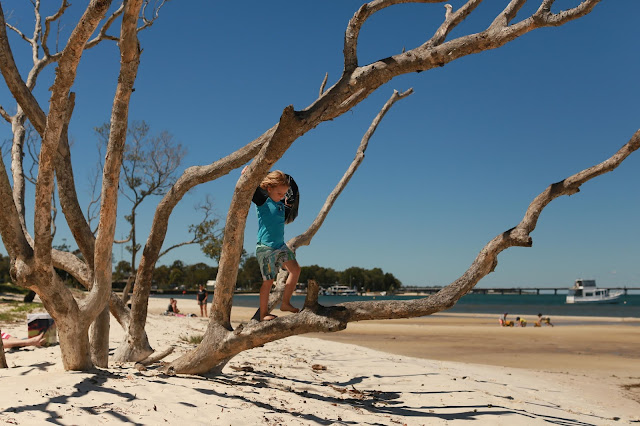 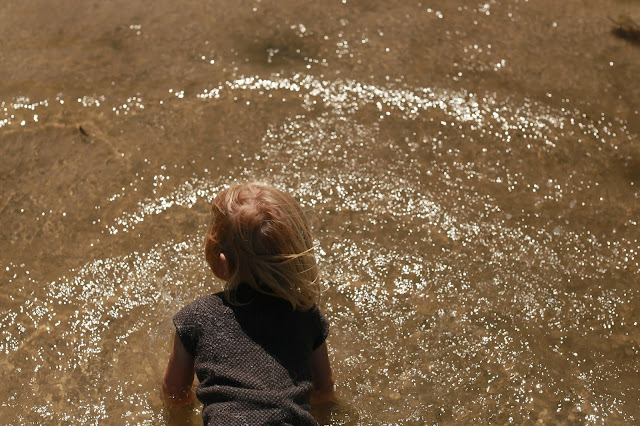 Why don't I just plunge into the water in my clothes? (Cold, mama! Wet, mama! - Well dear, if you do jump in the sea that does happen. How heartless I've become!) 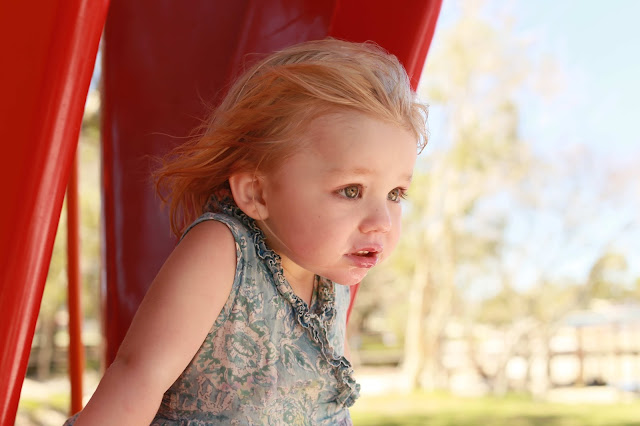 The age of drool and wonder... 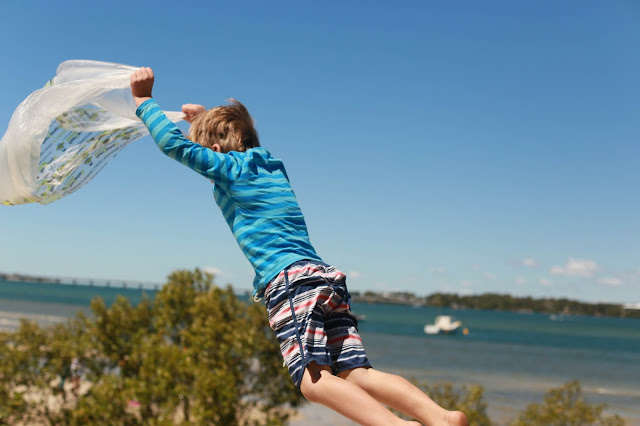 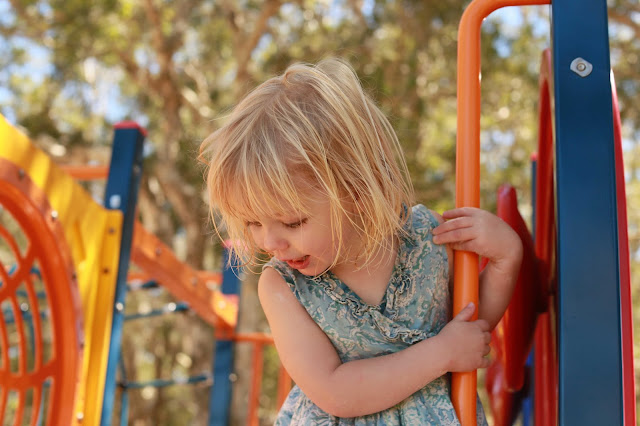 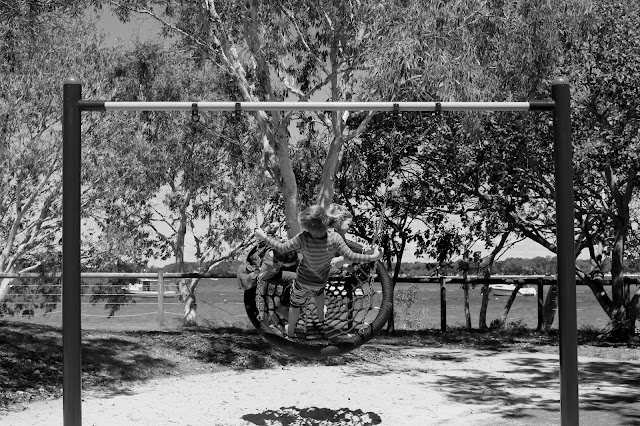 Kondalila (Touched by an Eel) 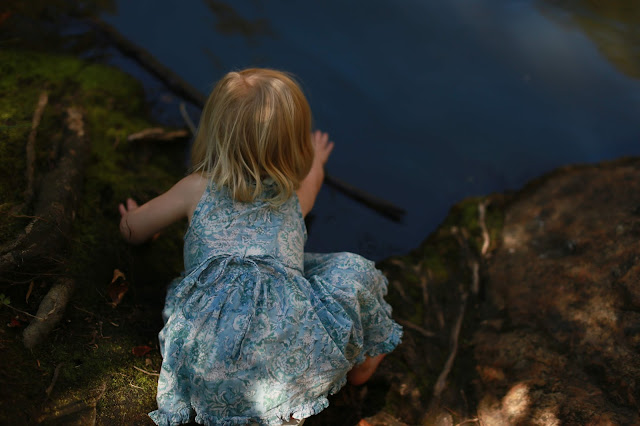 Beloved has been working crazy hours recently (six weekends in a row - go figure) so when he finally had a weekend off we decided to do something special and see a waterfall. Beloved claims he's been trying to take me to see the Kondalila waterfalls since we started dating ten years ago - and I think he could be right - we mostly visited Queensland in the summer and I have a theory about trekking anywhere but the beach in the Queensland summer - pure madness.

Now, in the gentle weather of spring (long may it last) the walk was delightful. Green and shady for the most part, the gradient wasn't too bad - even for my lumbering seven month pregnant self. As we reached the pools the landscape suddenly became a lot drier, but it was still a pleasant temperature.

I sighed at my younger self who would have stripped to bra and undies without a thought to swim in the pool at the bottom of the falls - but present day mum-of-many considered the trek back in wet undies and thought not. All of my little Queensland kids also touched the water with their toes - and also felt they could live without being refreshed. In Summer, however (if you were mad enough to risk the sweat-bath and walk it) the pool must be irresistible.

Adventure Boy, who had not been a fan of the walk, fell headlong in love with an eel that was surprisingly sociable, and came to the edge and the surface to say hello many times. On the advice of a fellow trekker Adventure Boy touched the eel, and I did likewise - we were both surprised at how soft, silky and slimy it was.

Adventure Boy's new BFF, the eel, was lacking an eye and had quite a few chunks out of his/her fin so we were a little worried about it, but Friend-Eel had picked a lovely spot to live, and it appeared he did good trade encouraging walkers to feed him. I believe that most eels migrate to the sea to breed and we were all interested to think about Friend-Eel's long trek down river to the sea, and also wondered if Friend-Eel had also made the long trek up river from the sea - a truly stupendous journey.

We have promised to take Adventure Boy back to play with his BFF the Eel very soon. 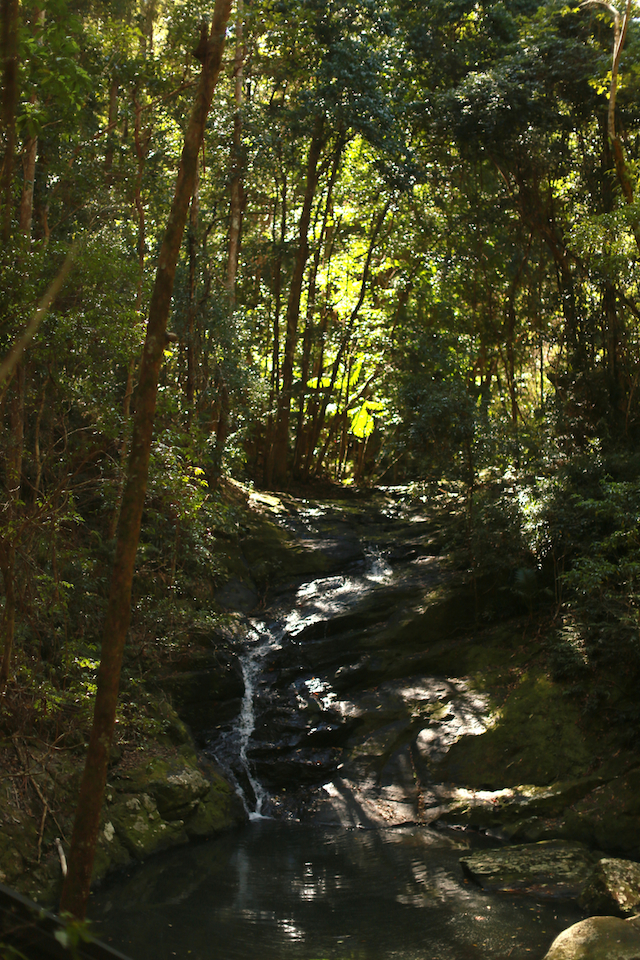 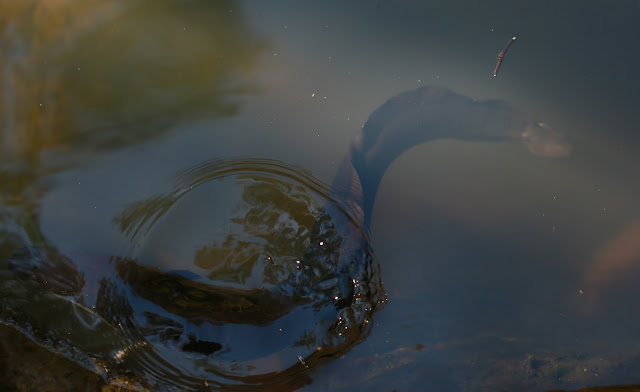 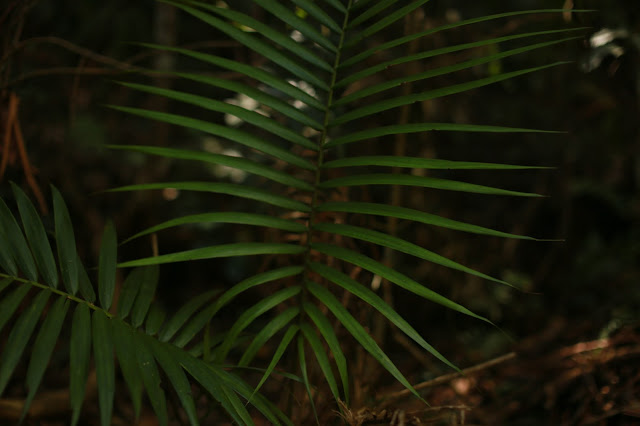 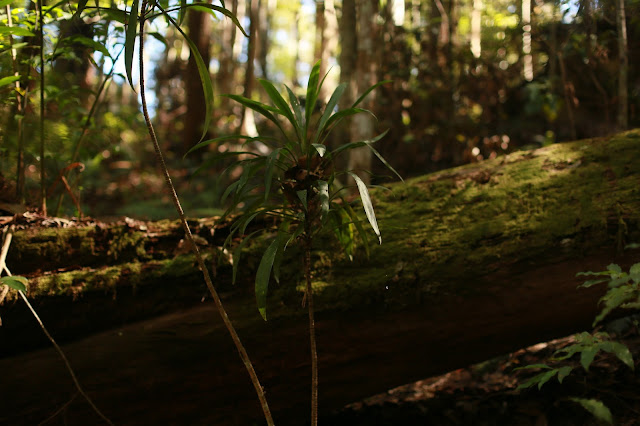 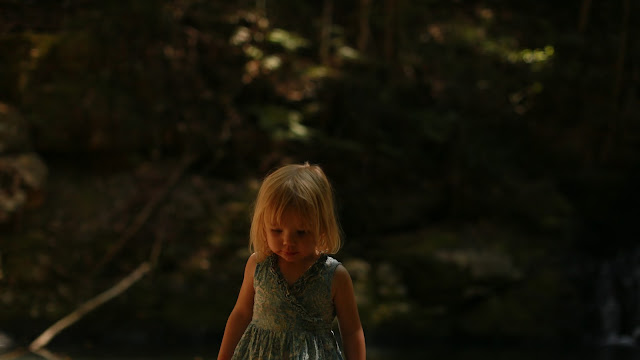 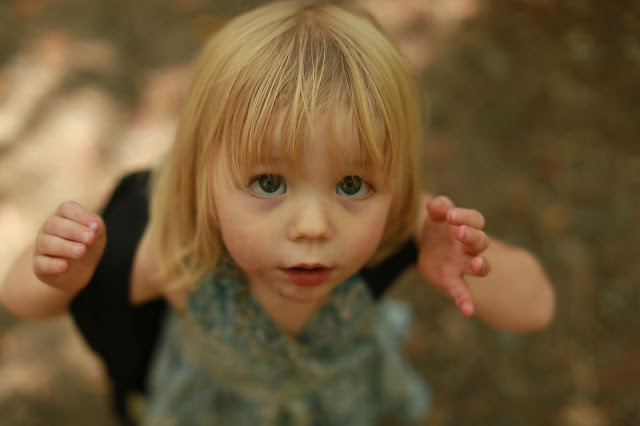 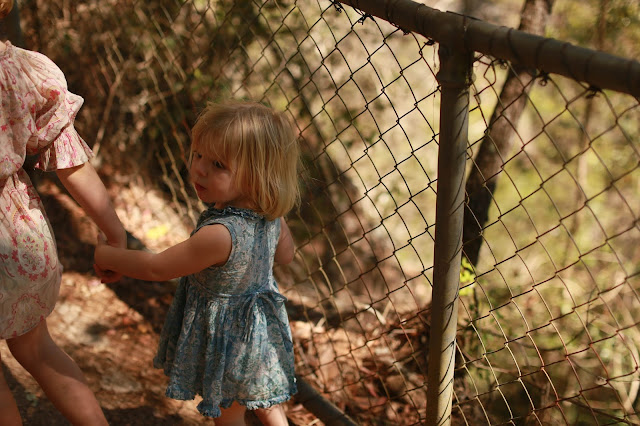 Posted by kirstyrosa at 12:19 AM No comments: