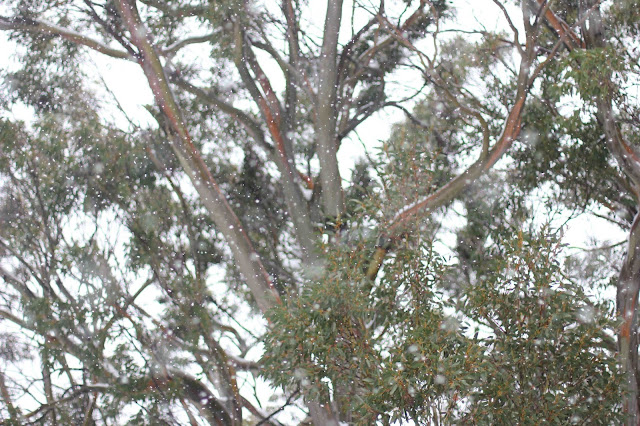 The first time I remember seeing snow falling I was seven.
The fireworks had just finished as the first flakes slowly fell. A garden full of children holding toffee-apples was entranced: none more so than my brother and I from the Antipodes. I remember the date because it was Guy Fawks Night (Please to Remember, the Fifth of November,  Gunpowder, Treason and Plot.) We were staying with my grandparents in Aberdeen, Scotland, and the neighbours had just put on an amazing firework display. By the time we woke the following morning the whole world was blanketed in brilliant white.
The second time I remember seeing snow was eleven years later. I was just coming out of the library in Motherwell, Scotland, where I'd taken a detour on the way to visiting my Great Aunt and Uncle. The slow falling flakes once again entranced me.
When my bus slid across the road and got stuck for two hours, in not inconsiderable cold, there might have been a slight hiccup in my affections. Being freezing, amid a bus full of people who thought I was daft, will do that. I possibly shouldn't have phoned my parents back in Australia to rave about the fantastic snow - dad said he'd had enough snow in his first two decades to last him a life time. I believe mum thought she'd got enough in the four years she lived in Scotland with him. It was only three in the morning, Australian time. Slugging up the hill to my aunt and uncle's, knee deep in snow, was also chilly. Warmed, fed and cosseted, the following day I once again was in deep love. Snow angels were the name of the game.
The third time I remember seeing falling snow was another decade on. This time I had my Sprocket toddling around my knees, my Poppet within me and my Beloved at my side. The snow fell as we landed in South Korea for our stopover. And again in Dublin. And Latvia. And England. And again Scotland. There was a lot of snow. My Beloved, driving in it, was not so delighted. For our delayed honeymoon, I thought it was perfection.
So when we had visitors last week and they expressed the slightest desire to visit our nearby snow-mountain, I took them up on it almost before the words were out of their mouth.
Mt Baw Baw is our nearest slope: we hastily googled, prepared and left. For the longest while we were worried about the lack of snow. The lyrebird running across the road was its own magic; the luxurious green or fern and tree, the richness of air so thick you could almost touch it, with scents of eucalypt, decay and wet growing stuffs intoxicating.
And then, just metres from the summit, we saw the first patches of snow beside the road. More, and more and more. And as we got out of the car the snow began to fall.
Softly, softly, blurring visibility, softly, softly, surrounding us in white.
Everyone needs a little bit of magic, an away from the everyday, once in awhile. 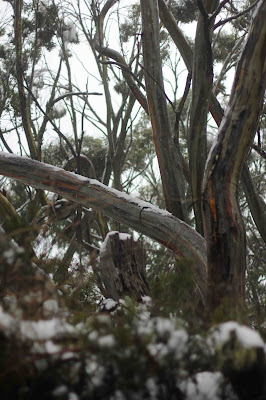 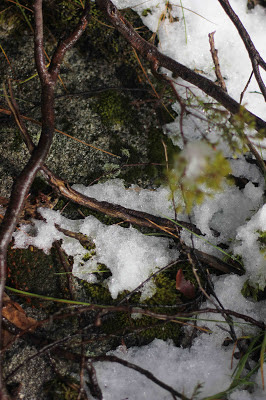 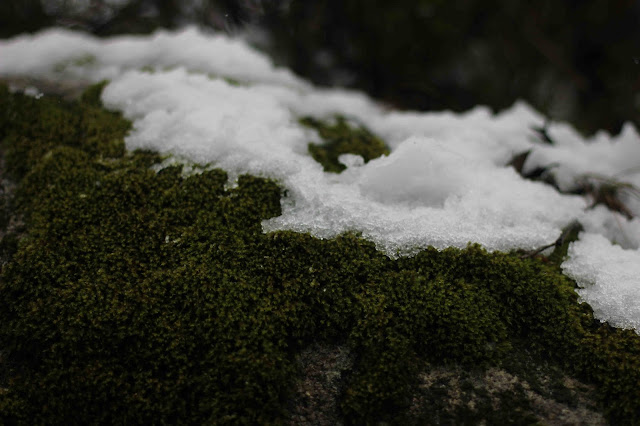 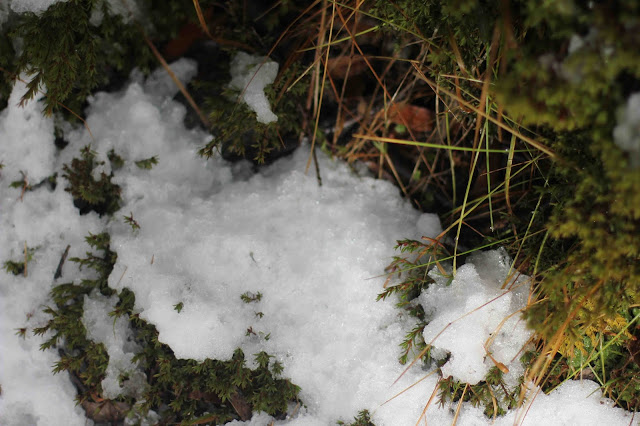 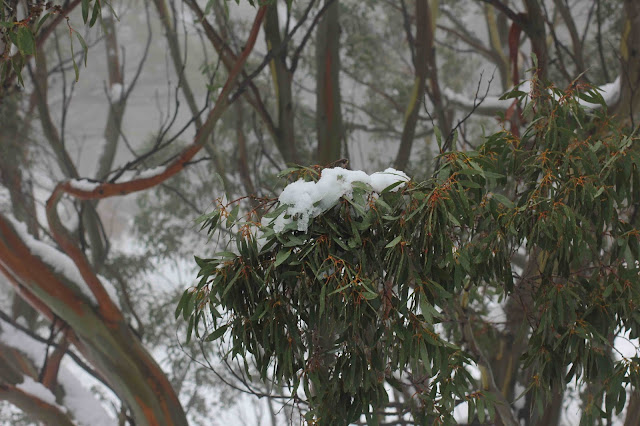 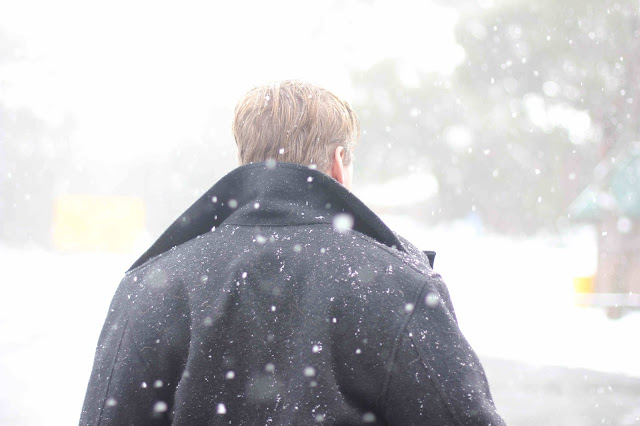 Posted by kirstyrosa at 5:25 PM