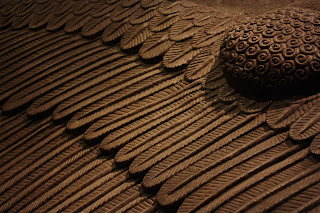 Inspiration springs from many strange and wondrous places.

Doing a degree in history was one of the best things I could do as a writer with an interest in fantasy. Stories from the past are - to one living in the now - often completely fantastical.

The mindset of people living in the Kingdom of Sumer was definitely not that of our own. If a young girl from Ur were set down in 21st Century Melbourne she would think be convinced that she was on a completely different planet.

While it is the lore and history of the 'Celtic' countries that make my heart sing, I have long been fascinated by the countries circling the Mediterrenean that planted the seeds that Western Civilisation grew from.

The places where cities and writing developed are endlessly enthralling. Who was the first person to ever write something? How did it begin? How did it take off?

The Russian Steppes where linguists believe the pan-european language originated is also a place my imagination lingers... and some DNA tracing suggests my maternal ancestors were there around the right time... (Yes, I am that navel-gazing that I checked...!)

The Roman Empire is an endless source of inspiration for fantasy novels. I will be forever grateful to Rosemary Sutcliff and, more recently, Lindsey Davis, for their wonderful works that bring the time in all its vast complexity, alive. The book I am working on now I began when I was studying Classical Societies in high school. Reading about the dreadful emperor Caligula who was given the moniker'little boots' because as a child he ran with the army, inspired one of my characters. My 'little boots' is a bit different though. She's female for starters...

We visited the British Museum a few years back and spent nearly the entire time with our jaws wide open. The images stay with me yet. And I couldn't help wondering how many other hundreds of thousands of writers had been inspired by the same treasures.

Are there particular times or places that inspire you? 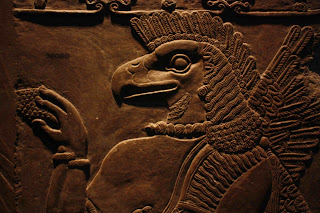