We never meant to have an adventure. There was washing to hang, the hound to walk, and the not inconsiderable deterrent of seven thousand words to finish before midnight. However,  the Poppet and I dropped the Sprocket at kindy and then decided to take a quick peek at some blossoming trees we had seen from the car. 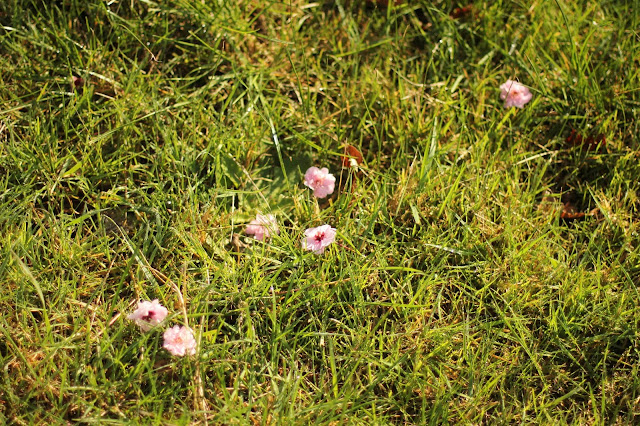 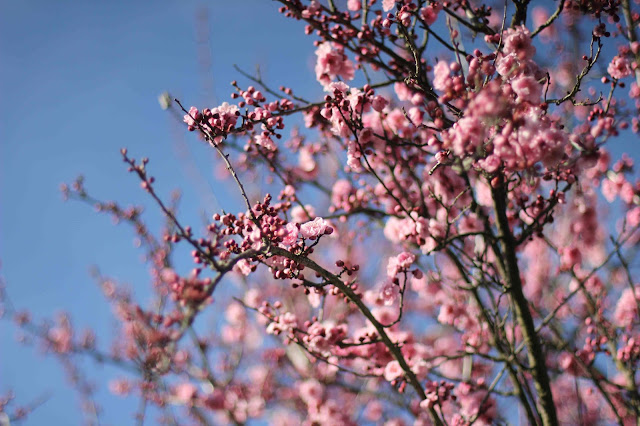 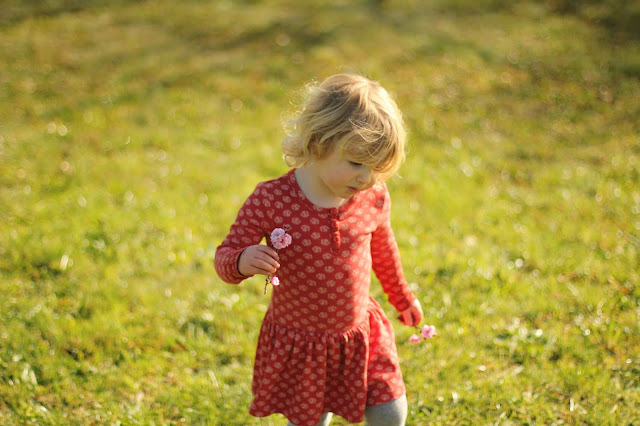 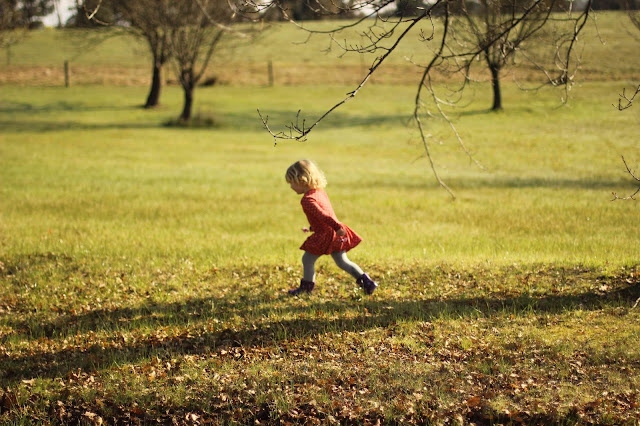 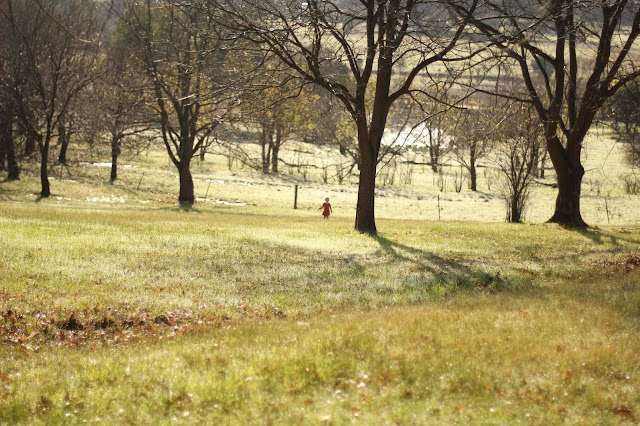 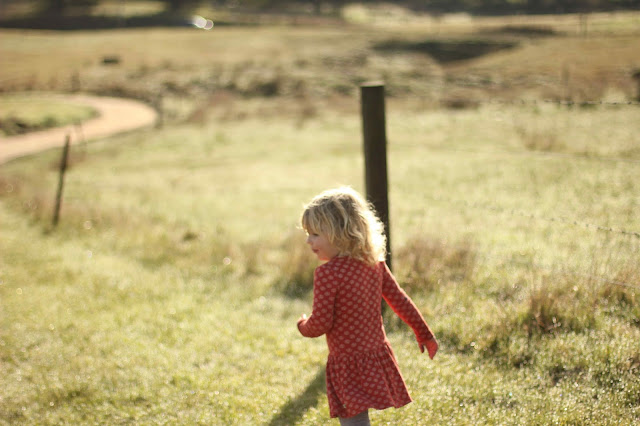 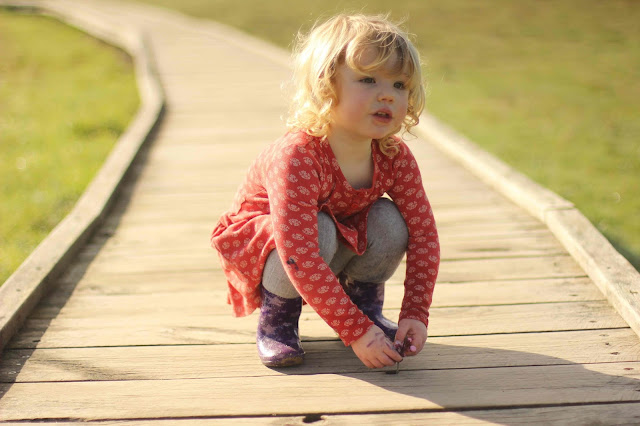 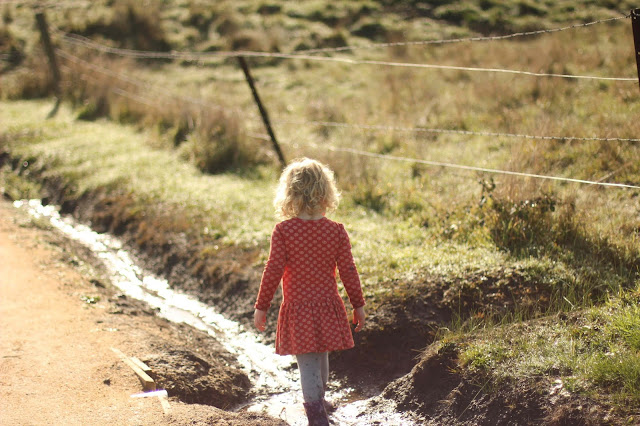 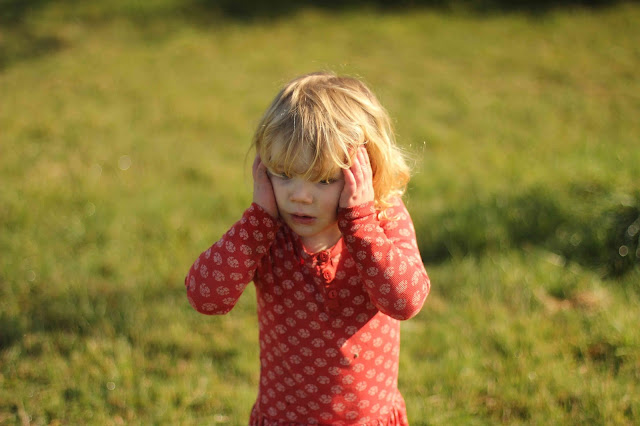 Once we reached the blossom we looked down the hill and saw the lake, and once we saw the lake we had to explore. Once we reached the lake there was a boardwalk that needed following, a gold-gleaming ditch that needed stomping in, and then we saw the Princess Duck, on the far side of the lake.
We circumnavigated the whole of the lake seeking out the Princess Duck (or egret to those of a more orthonological turn), but unfortunately when we reached where the royal bird should be it was hiding in the reeds. Finally, we realised that it was time to pick the Sprocket up from kindy (see Poppet's face above at the thought we might be late!) We had been exploring for the whole of the morning, sidetracked by magic.