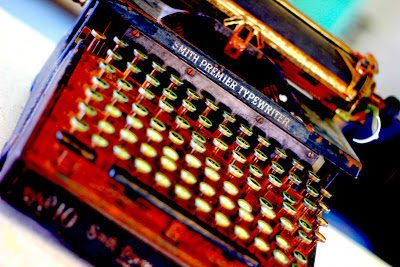 Are you a pantser or a planner?
I hadn't come across the term 'pantser' until I joined Scribophile, the online writing group, last year, but discussions about 'pantsers and planners' come up frequently in the forums.
As I understand it a 'pantser' is someone who writes 'by the seat of their pants', ie. without a plan. They just sit down and type. As opposed to a planner, who (as the name suggests) has it all planned out.
I've been thinking about this a lot recently as I write (and re-write) my synopsis for my Work In Progress,  Dragons' Nest.
There's something about condensing a novel into a page that brings out all the plot flaws.
The kind you look at and go. O. Hmm. And then hmm, again. And then, why don't I just go and have a cup of tea. And then another. Maybe some wine. And horrible phrases like 'Deux ex Machina' reverberate rather badly.
Now, I'm not saying I'm upset to spend more time with my delightful characters in my perfectly delicious world, because let's be clear, it's a heap of fun. (Hello, fortress of the werewolf queen, I'm here to stay!)
But it's a little worrying when you truly think you're finished, and have been thinking you've finished for a good few months, to realise there's plot holes big enough for a container ship to disappear into, requiring a good three extra chapters to fill.
And I got to thinking maybe if I'd written the synopsis first, and you know planned, that wouldn't have happened.
As it is, what is now one of the crucial plot lines only sprang itself on me one delirious night when I was approaching the finishing line. Now, fleshed out and bristling teeth, it's an integral part of the story.
Which isn't to say I don't write a lot of notes: because I do. I have hundreds (literally) of notebooks all filled with almost illegible writing of snippets of scenes, character descriptions, research and chapter outlines.
But... in the heart of writing strange things happen and I end up on unexpected voyages into the unplanned and unknown. Unfortunately these voyages sometimes contain detours into the land of Gaping Plot Holes.
I can think of at least three manuscripts I have sitting in forgotten folders that all have a sweet little hole... about eight tenths of the way through.
Yep. I love the characters, love the setting, lots of tension. But... there's that dang hole again.
So I'm wondering. I'm starting my next book soon (cue excited shiver of anticipation) and as usual I know (and love) my protagonist well. I know the names of her great grandparents and her favourite childhood pets. I know her main conflicts, flaws, weaknesses and bugbears. Mia just wants to run her cafe and concentrate on making the best coffee in the world... but instead she has to deal with her ancestral legacy of a magical world of mythical beasts. She can ignores the fantasy world pretty well until a werewolf pack (which happens to be the one her long dead dad came from) holds her sister hostage until Mia takes her rightful place as Queen of the Wolves.
Problem: why, exactly, do the pack want Mia to be Queen?
I want the pack to want Mia to be Queen (or at least contest for the Queenship) because that's where my story goes and it suits the images in my head. But why do they want her to be Queen? They've never met her, didn't think much of her sister, and know she has no interest in them.
Problem.
Will I write the whole book... get to... o yes, eight tenths of the way through where, in the denouement, some explanation needs to be made for this irrational behaviour and um...fudge...and then put it in a folder for a few months hoping the issue will miraculously resolve itself? Or will I try to write out a complete and satisfyingly believable synopsis first?
I believe... I believe I'm going to try to write the synopsis first...
I think nature intended me as a pantser, but that bit.. that bit eight tenths of the way through a manuscript?
It's really getting to me.
So goodbye to my old pantsering ways.
Henceforth, meet the new, improved planner.
Stay tuned to see if a leopard can change their spots... or a pantser become a planner...

Posted by kirstyrosa at 4:16 AM