Allow me to puff up my chest a little here.
My Sprocket has caught his very first fish. All hail the great fisher! (Okay, allow me to puff up my chest quite a lot. I may have to go up a few bra sizes.)
It's been about fifteen years since I last went fishing. Possibly more.
I have gone fishing (not counting this last time,) precisely thrice. The first time was at a high school camp and the vegetarian teacher made the whole class of squealing 12 year old girls whack our fish over the head for a quick kill and then gut and scale them. The second time was with my dad at the beach near our coast house and it was lovely... until we actually caught a blasted fish - a little toadie that flopped all over the rocks and failed to die-instantly-on-contact-with-air, which was what I still fondly believed should happen. The third time was in Malaysia and my mum got a hook in her cheek.
It has not exactly been a favoured pastime.
However my Beloved is from a Family who Fish. So with grandparents and spare cousin we loaded up the cars with supplies and went fishing. My kids had their first rods - nicely gender co-ordinated, pink for Poppet, blue for Sprocket.
We decided upon* a shady riverbank and set up camp.
The kids began the morning slathered in sunscreen, with hats. Obviously the ended it swimming naked in the water, hatless.
My Sprocket's fishing style was superb.
He waited until near the close of the morning when no fish had yet been caught. Deciding to remedy this he stopped wallowing in the river, retrieved his (cheap) rod from his dad and waded back into the water. He threw his rod around for awhile. He put it in the water and stepped on it. He picked it up and waved it around some more and then, when the fish was safely hooked, he handed the rod to my Beloved to reel in.
Sprocket's was the first fish of the day. My Beloved later used our Poppet's rod to catch a smaller fish we released, but my Sprocket had the only take home fish. Is that skill or what?
My role in the great fishing expedition? Wading in the water ensuring the kids didn't drown and enjoying the lap of the water and the tranquility. O and eating the freshest, most delicious fish I have ever tasted. (Cooking it in butter might have had something to do with that!)
More fishing trips are most definitely on the agenda. 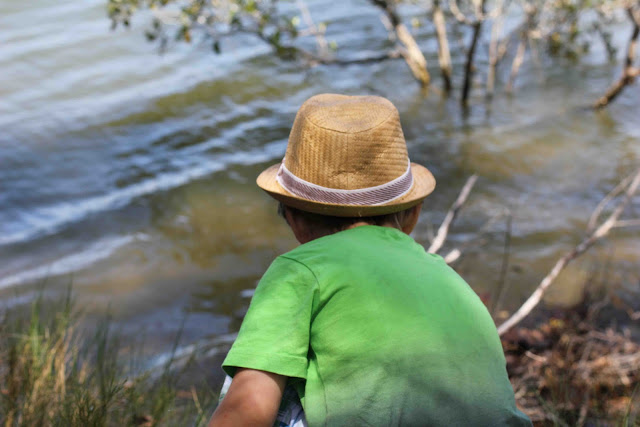 Seriously, we started the day off fully dressed 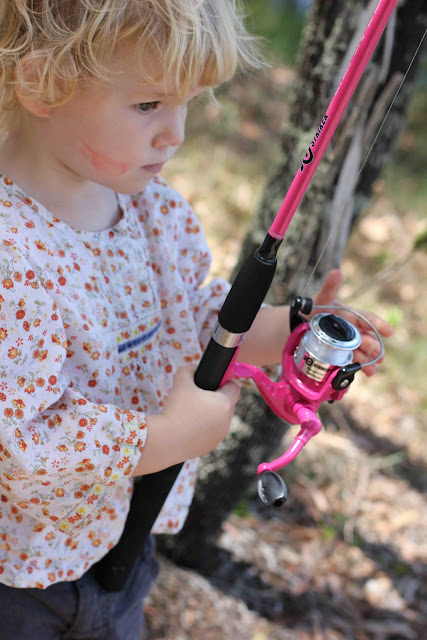 That's just paint, not warpaint or blood. But look at that determination! 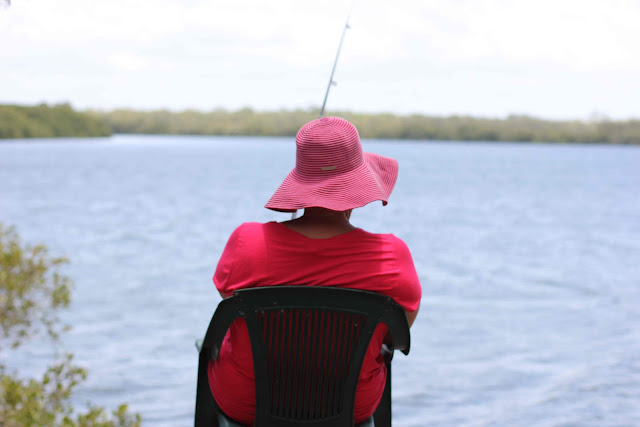 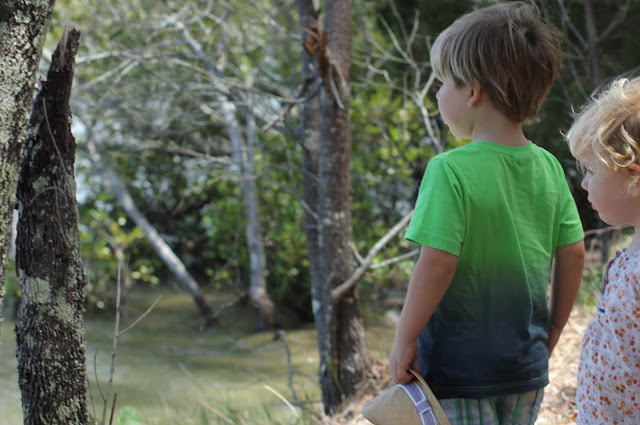 (Okay, when I say fully dressed, those may or may not be PJs the Sprocket is wearing...) 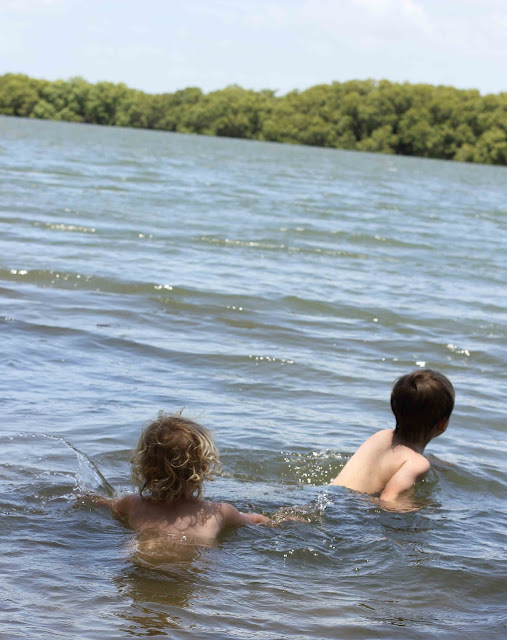 How the kids spent most of their time 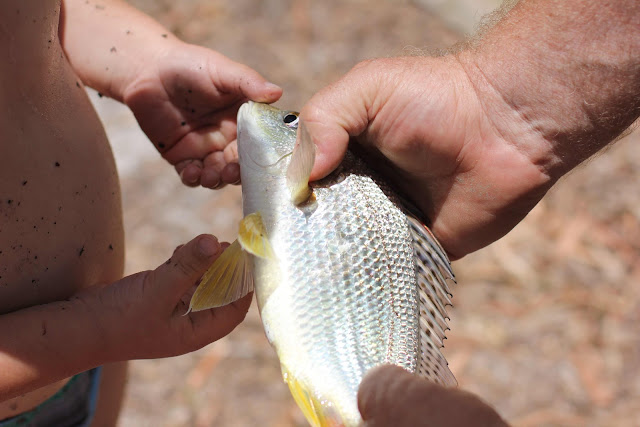 Grandpa giving Sprocket back his de-hooked fish before it went in the esky. Brief discussion about whether it should be returned to it's mummy or eaten. 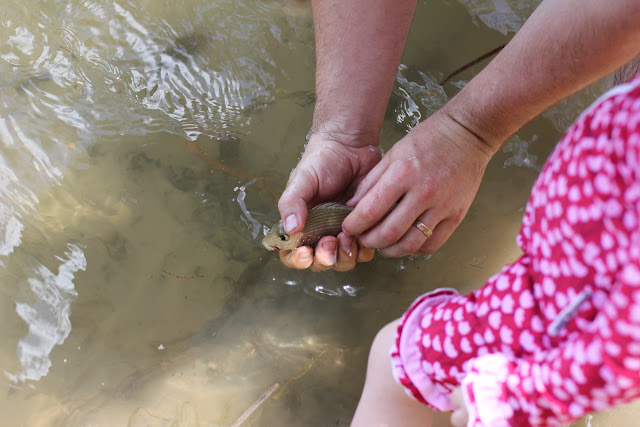 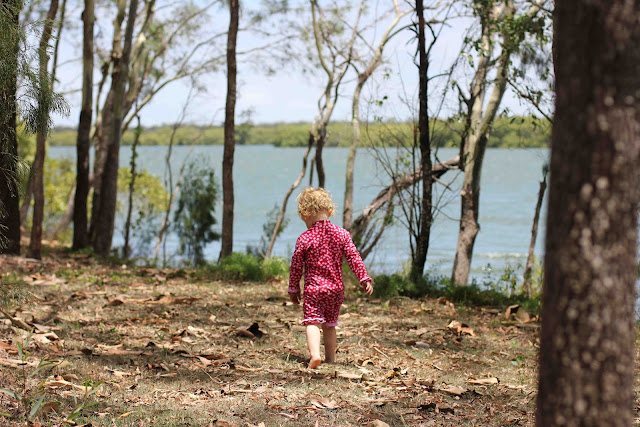 A hard morning's labour. Heading back to the car.

Posted by kirstyrosa at 4:04 AM