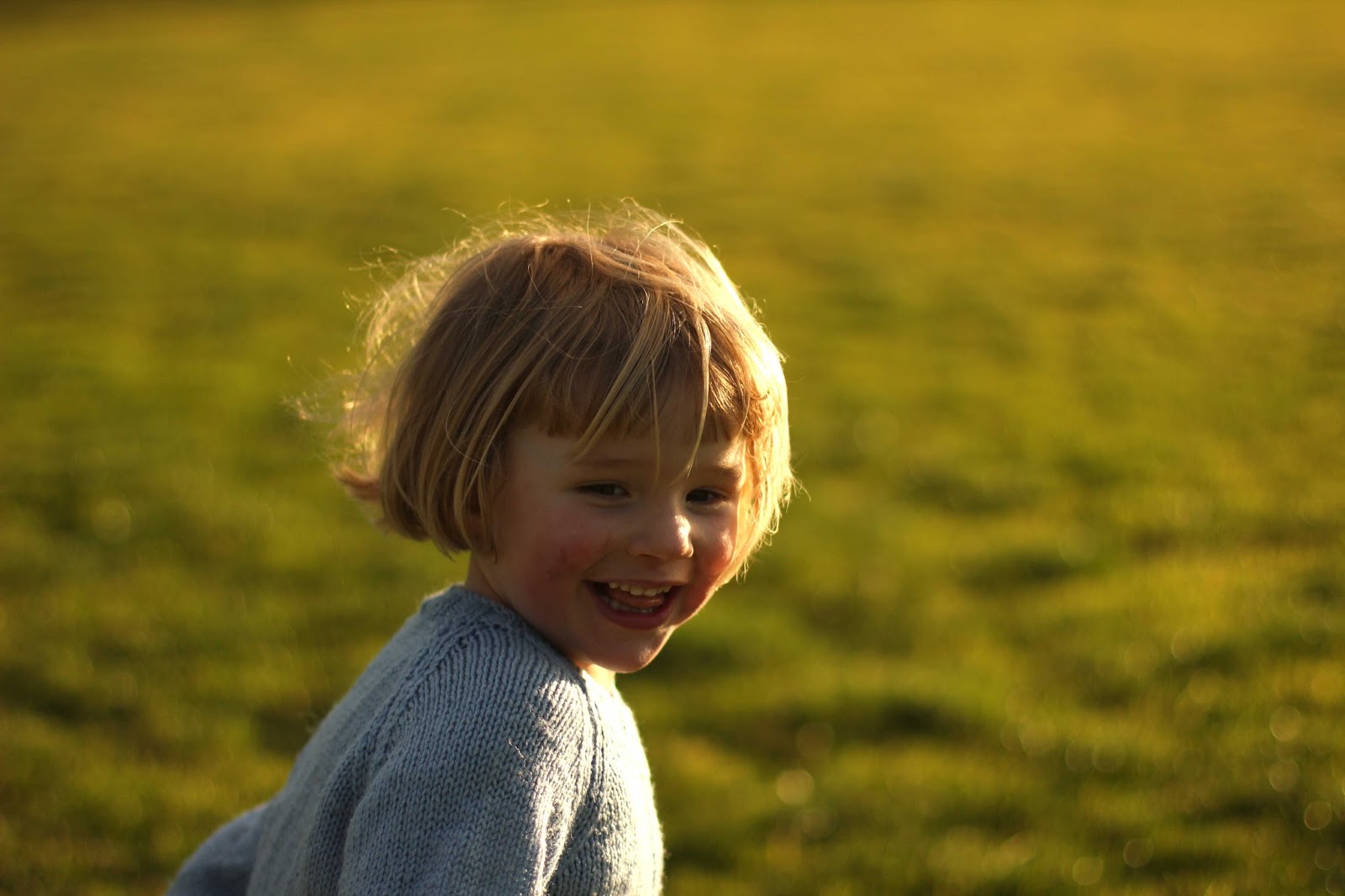 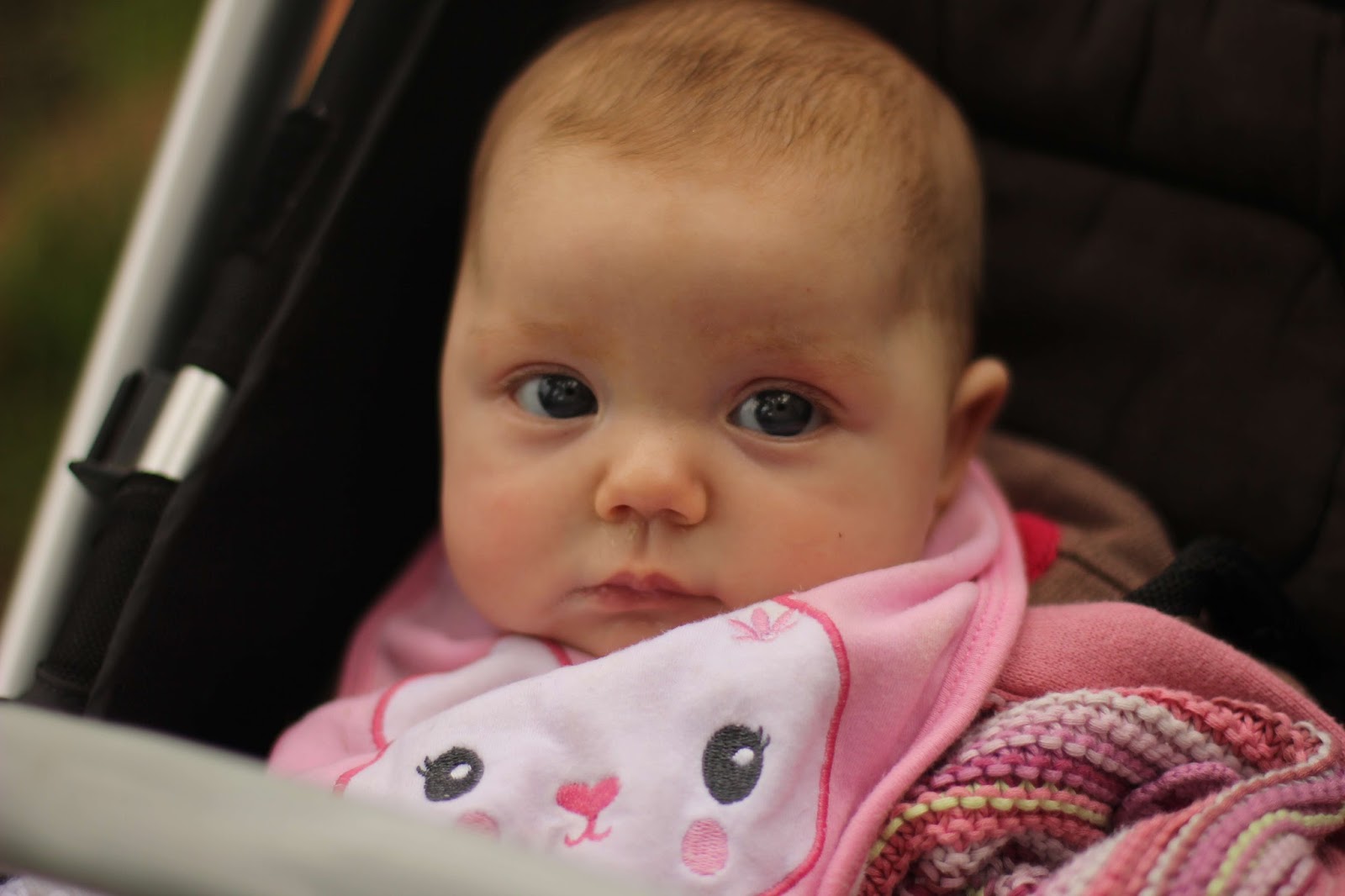 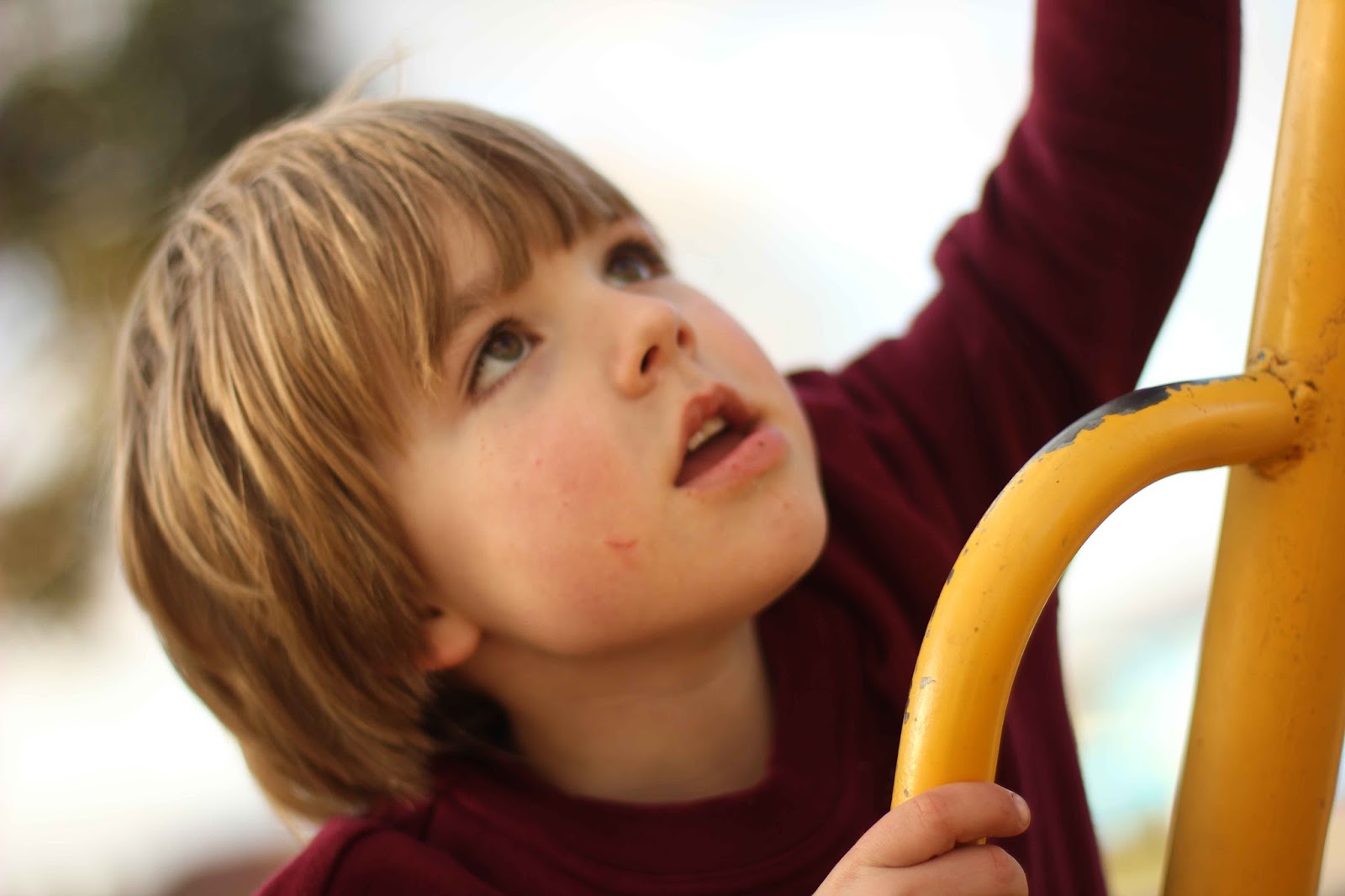 - my Poppet, running in late afternoon light. You can see some of the scratches on her face where Kik-Kak protested her excessive love. She instantly forgives him. I… do not. She asked for her hair to be cut short like her cousins this week and I'm loving the flapper bob. We've nearly, but not quite, got rid of the evidence of her time-alone-with-the-scissors.

-Littlest. Uncharacteristically solemn. She so wants to be up and playing with the big kids. She has been giggling this week and it's the most gorgeous sound.

-my Sprocket, climbing in the playground the afternoon before we went to the hospital to get his grommets put in again* and the unexpected removal of his adenoids. He is also displaying the results of Kik-Kaks protestations.

Joining with Jodi for a portrait of my kids once a week most weeks in 2014.

*just before that someone told us how they'd had grommets put in nine times. And we know the studies show that the long term benefits of grommets aren't great - but it's so hard for Sprocket just not being able to hear, that we'll settle for short term benefits.
Posted by kirstyrosa at 2:04 AM

Email ThisBlogThis!Share to TwitterShare to FacebookShare to Pinterest
Labels: 33/52, a portrait a week, Littlest, my Poppet, my sprocket