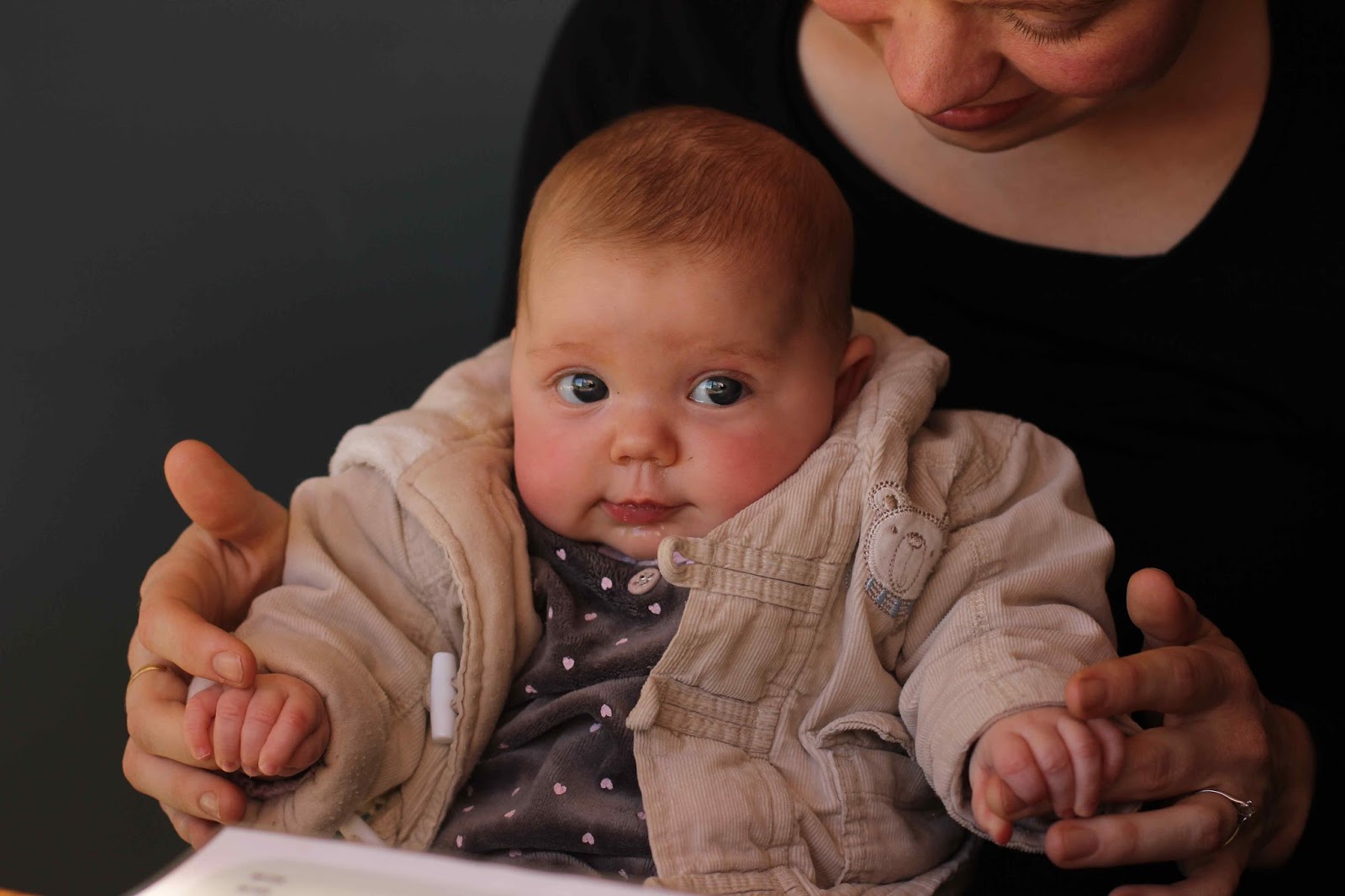 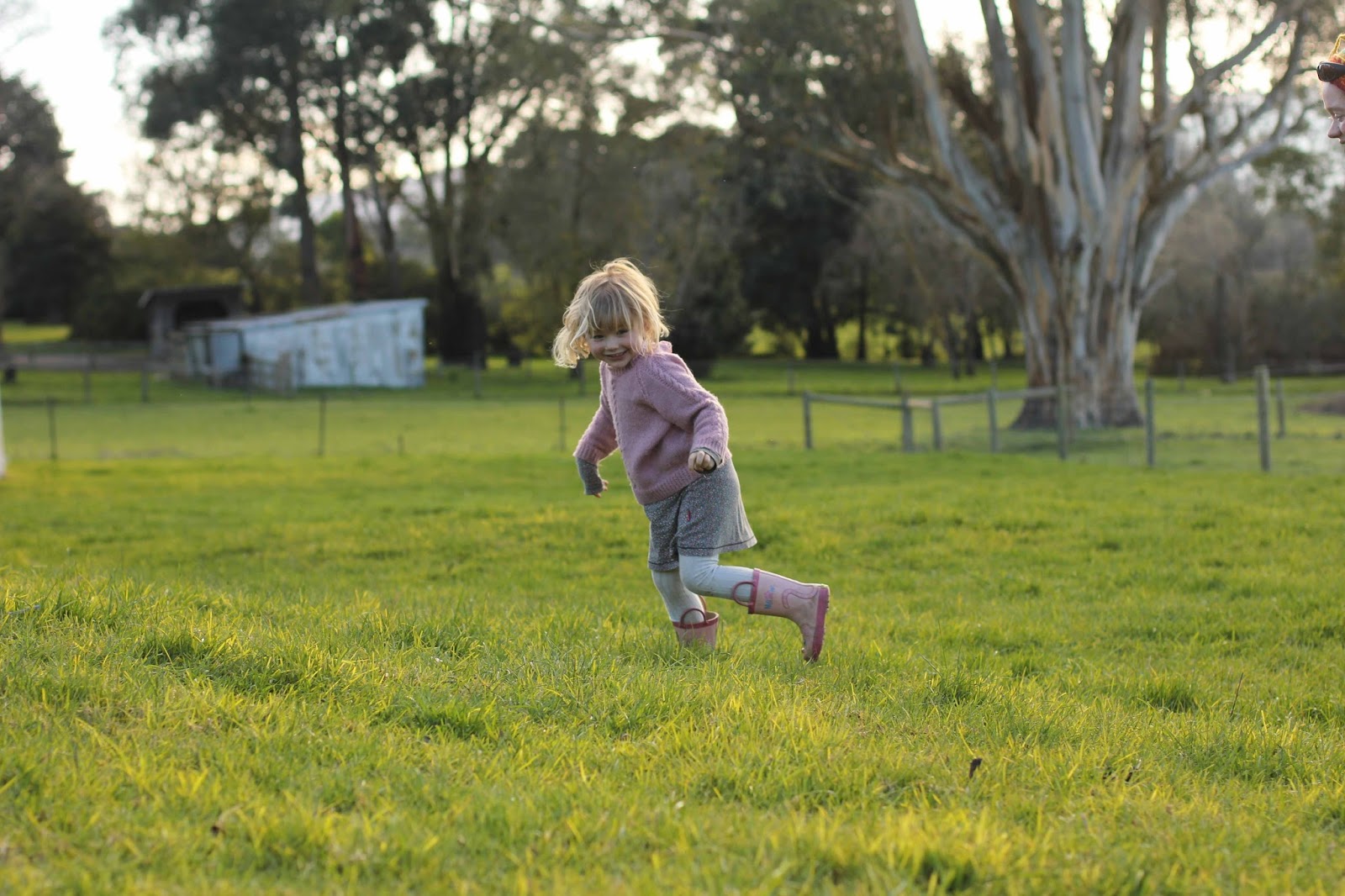 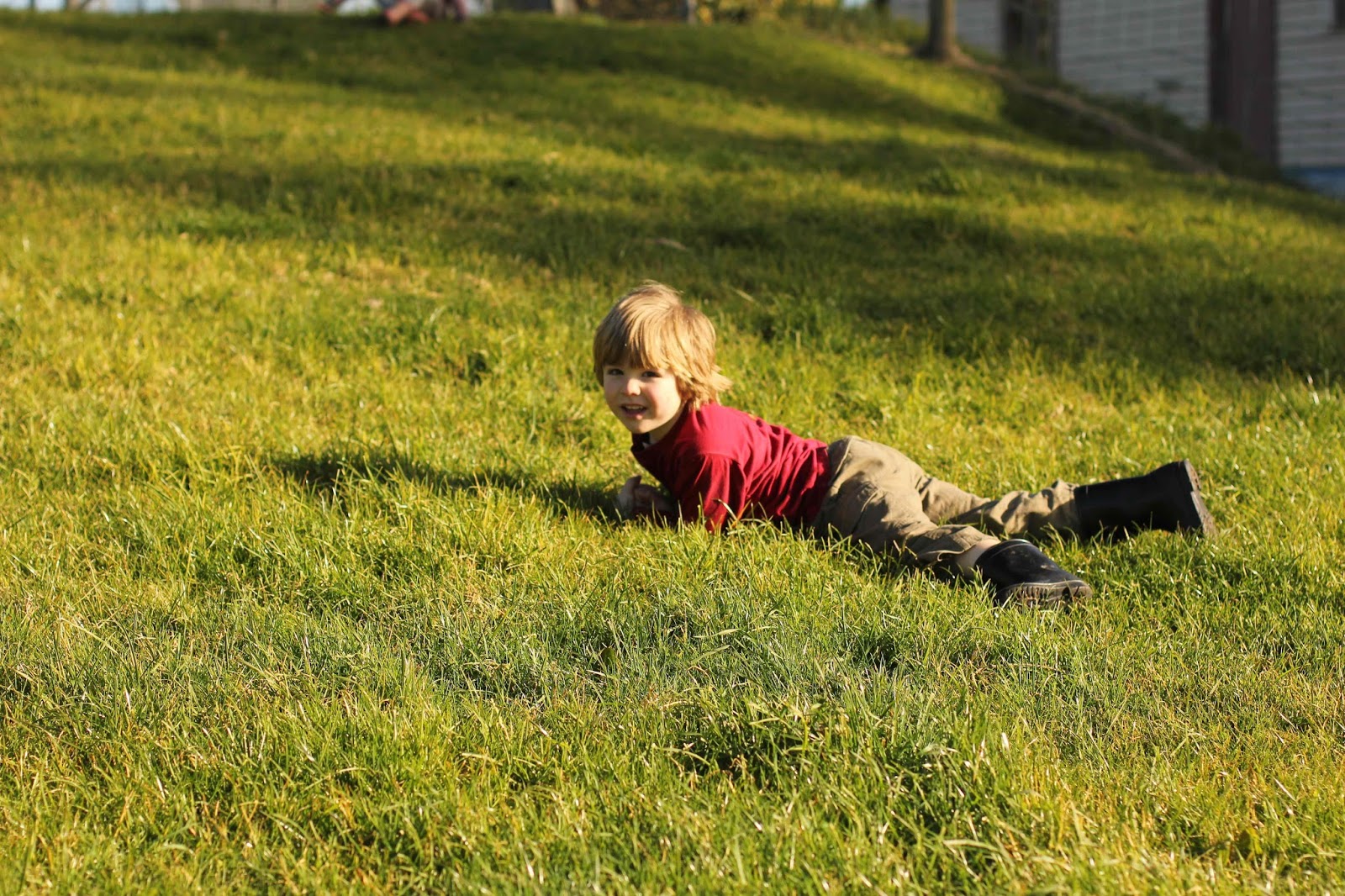 -Littlest, with her God-mama in a little cafe in Jindivick. I believe she's thinking she could get used to the cafe life. She continues growing far, far too quickly! (And look at da big eyes on de leedle darling… seriously, it's impossible to look at her without giving her a smooch - such a little cuddle-up-agus.)
-Poppet, running outside.
-Sprocket, rolling down the slope.

Last weekend we met up with a friend at the beautiful little village of Jindivick in West Gippsland. It is a ridiculously beautiful place with perfect, vivid green hills and a great selection of little cafes and restaurants. I might have squealed when I saw snow on the distant mountains. Snow! We saw snow! After a freezing morning the sky was high and blue and little birds chirped. The kids ran and rolled and played outside and my beloved and I enjoyed an (almost) civilised coffee with friends while we tag-teamed supervising the running and rolling. Bliss.

Joining with Jodi for a portrait of my kid every most some weeks in 2014.

Posted by kirstyrosa at 2:18 AM