There's something about the sea that makes you feel more alive, more yourself. Friends have commented that they always feel beautiful in the ocean, and I think it's true - people do seem more beautiful in or near the ocean - or maybe it's just more of their essential self shines through.

By sea we feel exhilarated, exultant and twice as alive.
I've always been fascinated by the sea - and how it seems to bring the mystical, the mythical, the 'other' so much closer. By the sea I can believe in so many things. At university one of the subjects I studied was 'Underworld and Afterlife in Mythology' (yes, I loved my undergrad!) and my favourite essay to research was about the sea as symbol of the underworld/afterlife, looking at stories such as the Odyssey, the Illiad, and Irish wonder voyages such as Brans.
Nearly all of the novels I've written (almost all) contain a cross-world theme - wherein people from this world enter a new fantastical world - a la C.S Lewis's Narnia series - many using the sea or shore as portal. The only non-fantasy book I've ever written was a coming-of-age book about a teenager who took a gap year in a shack by the sea. (Talk about wishful thinking!) The sea more than adequately took the place of the other-world fantastical.
Missing the sea now, I've been going through photos again of our last trip down at Easter - smiling as I see my own little one's joy in the water. 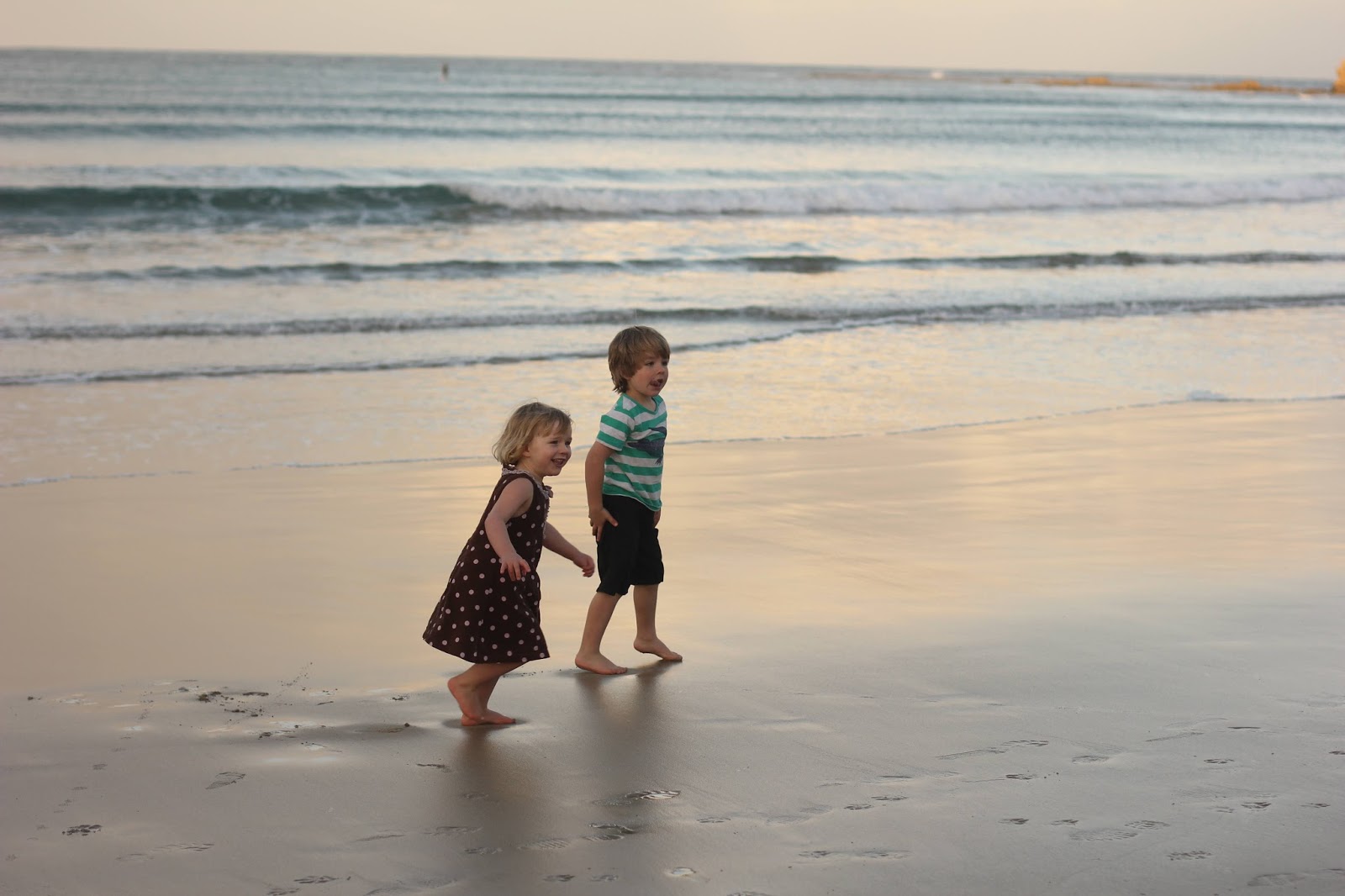 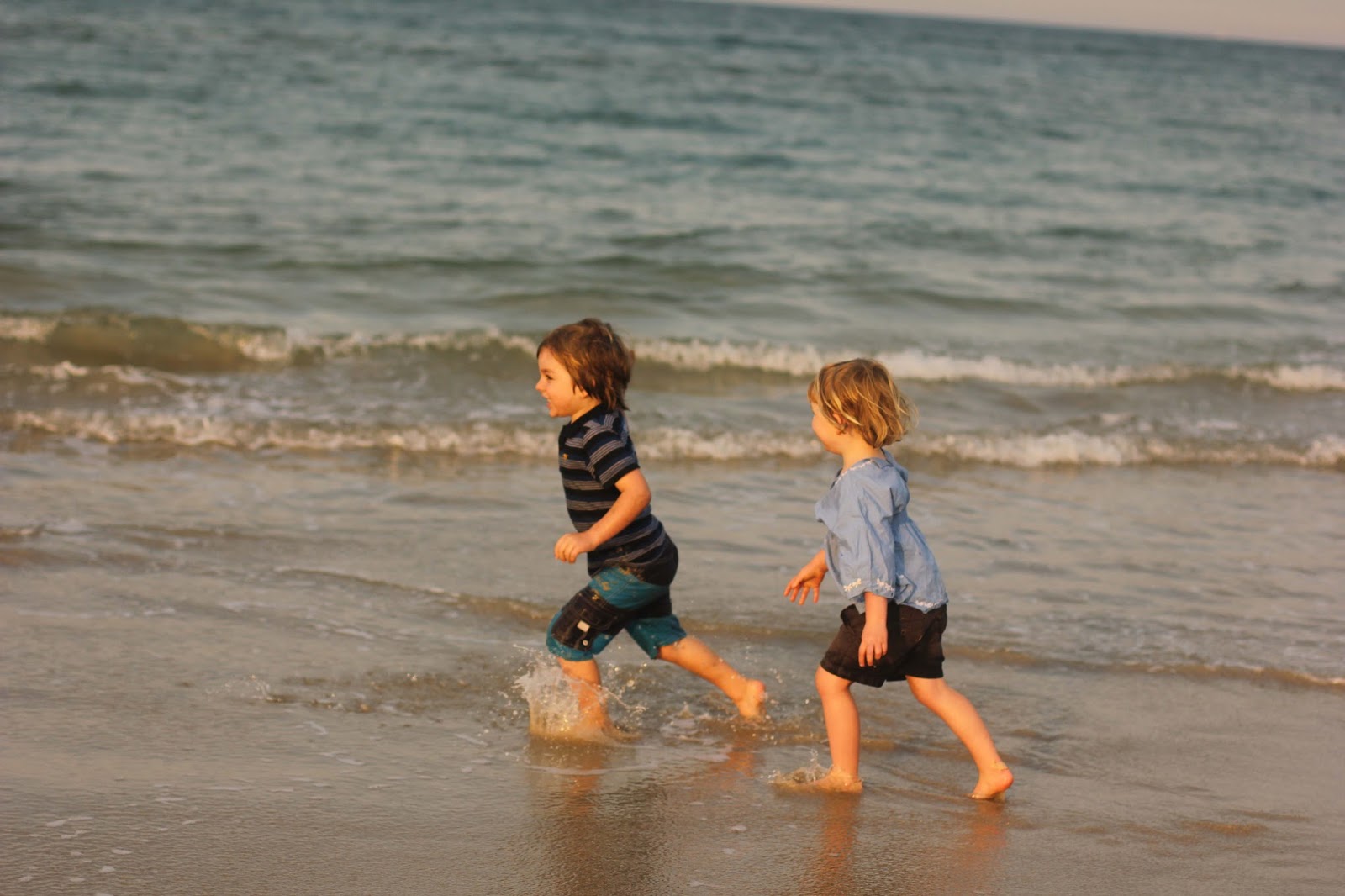 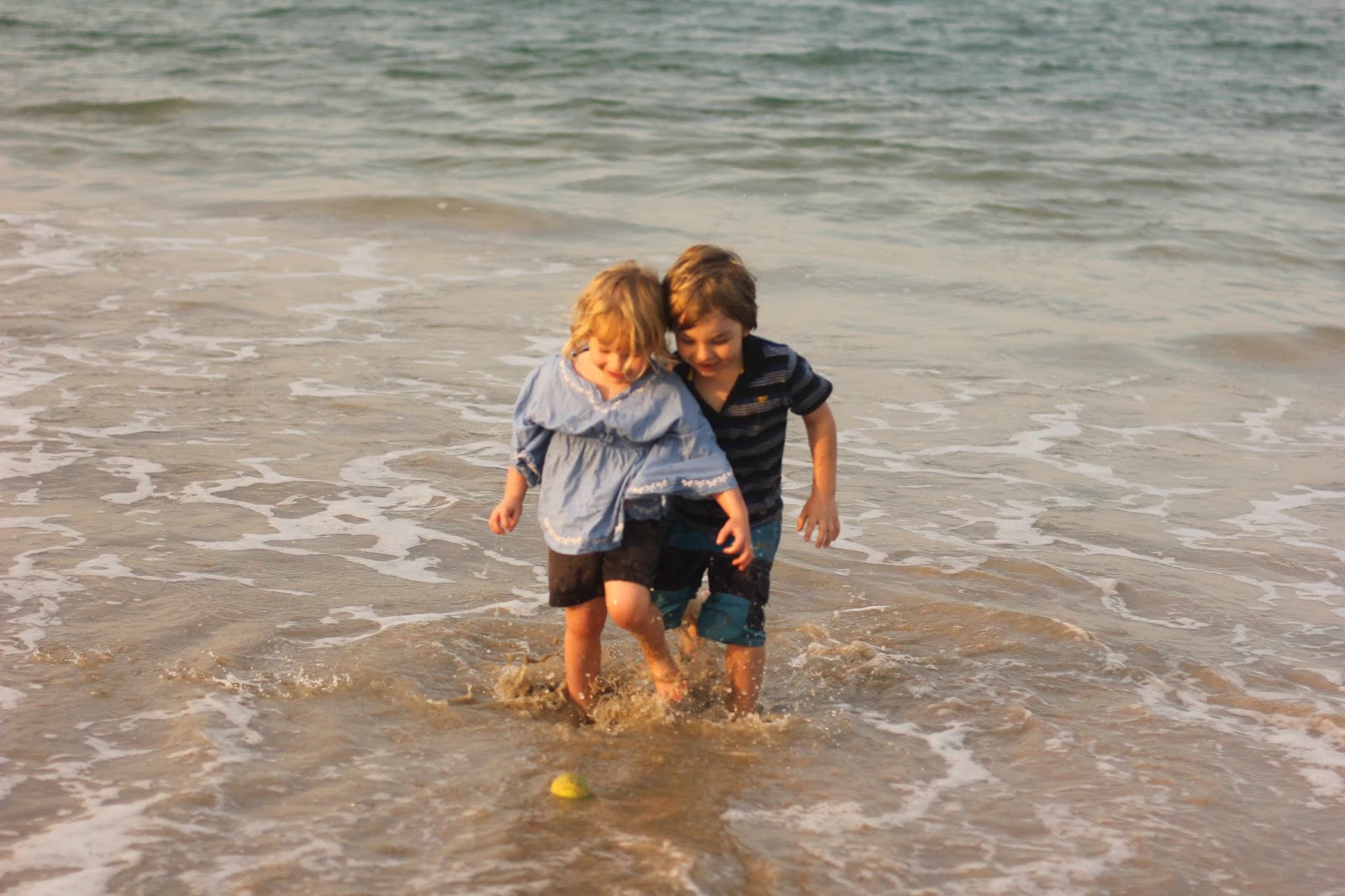 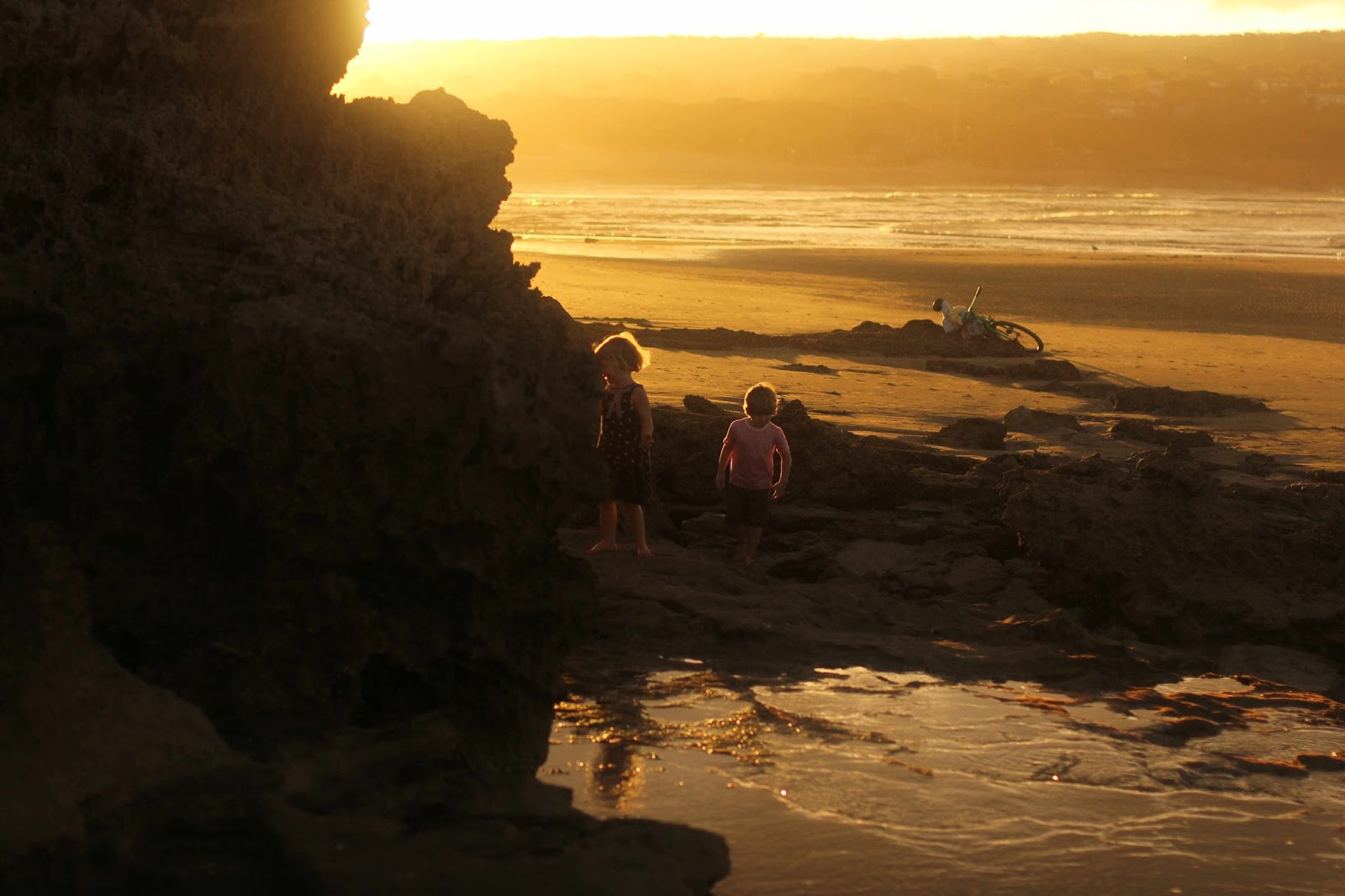 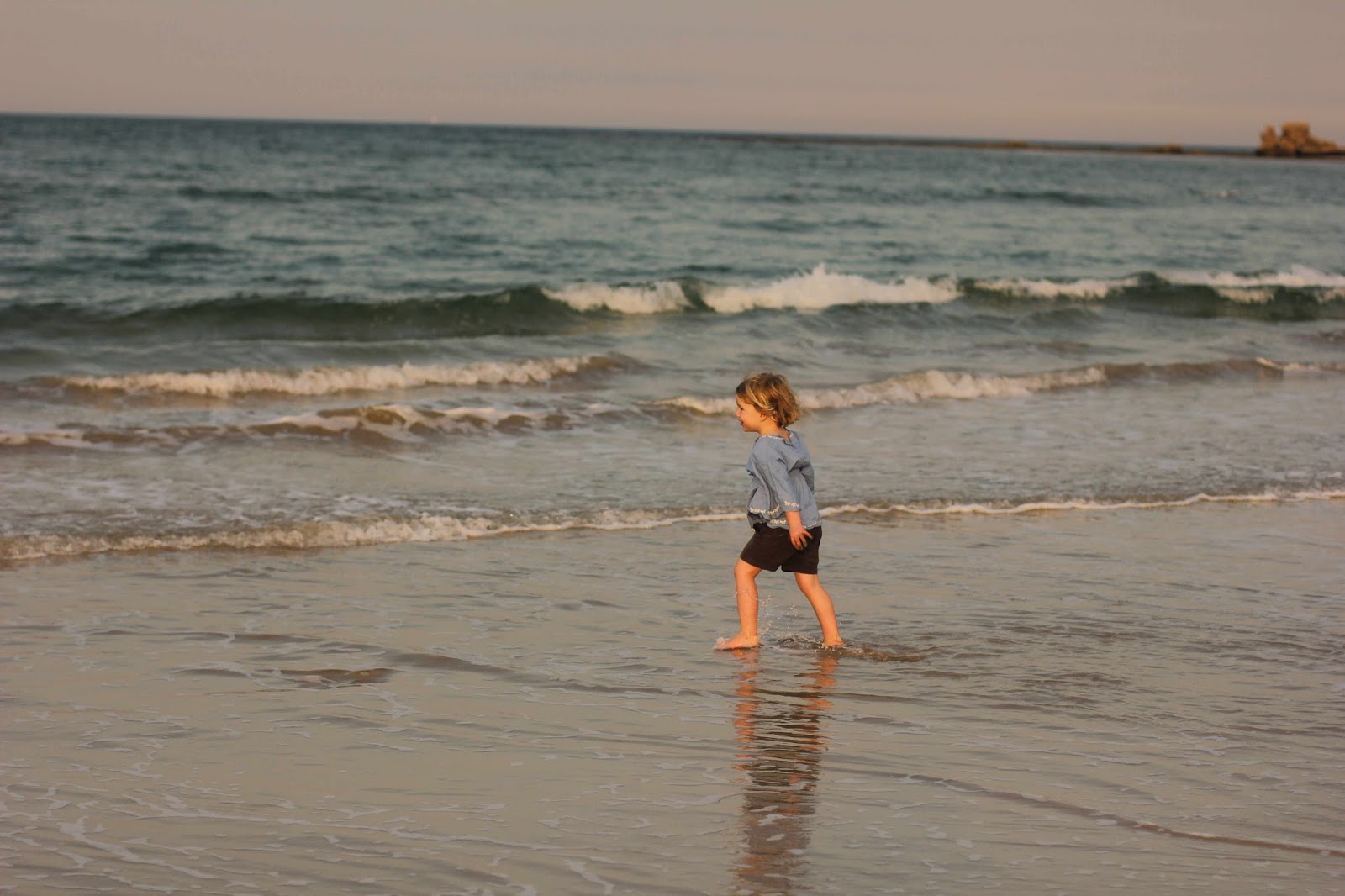 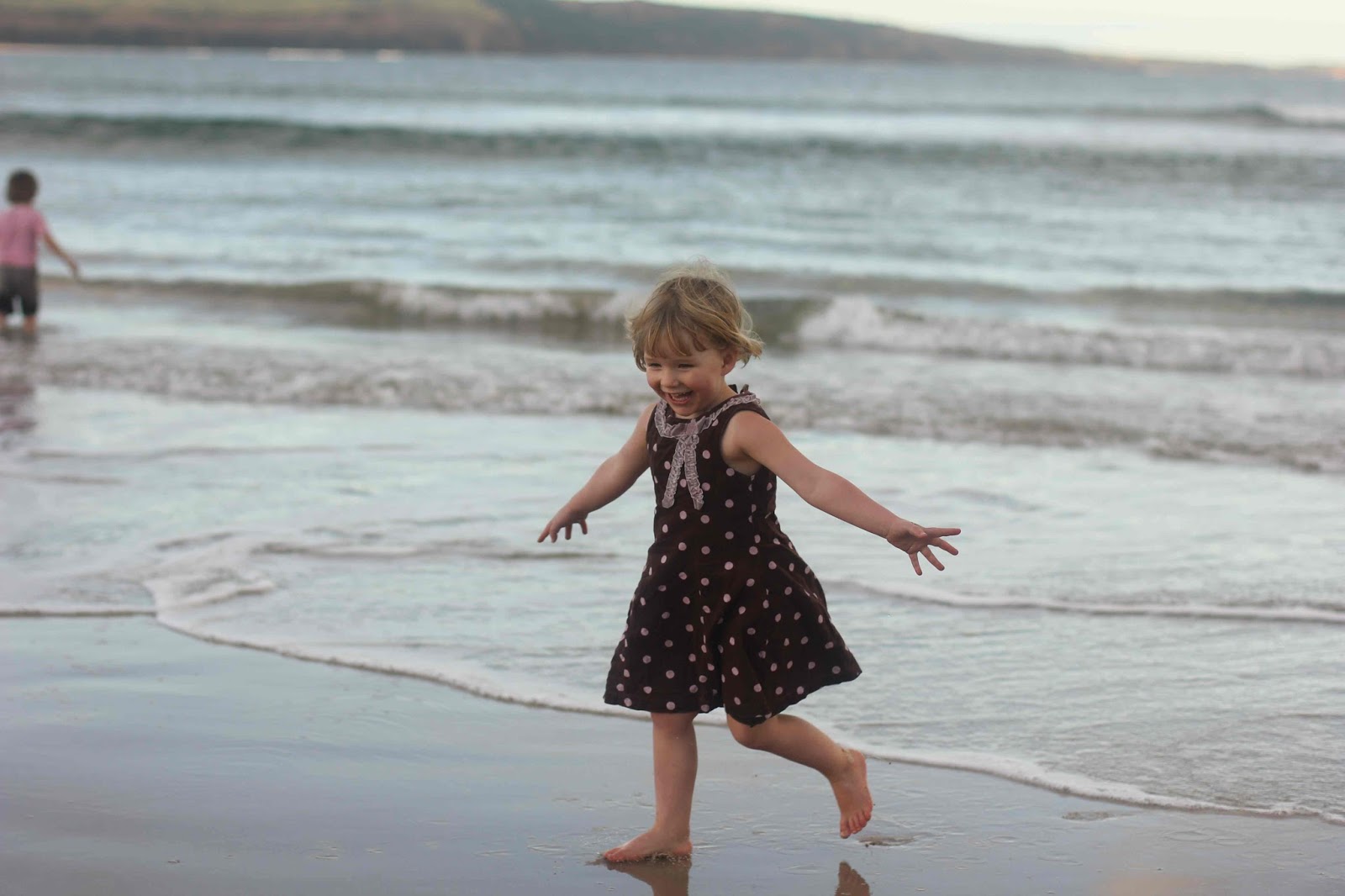 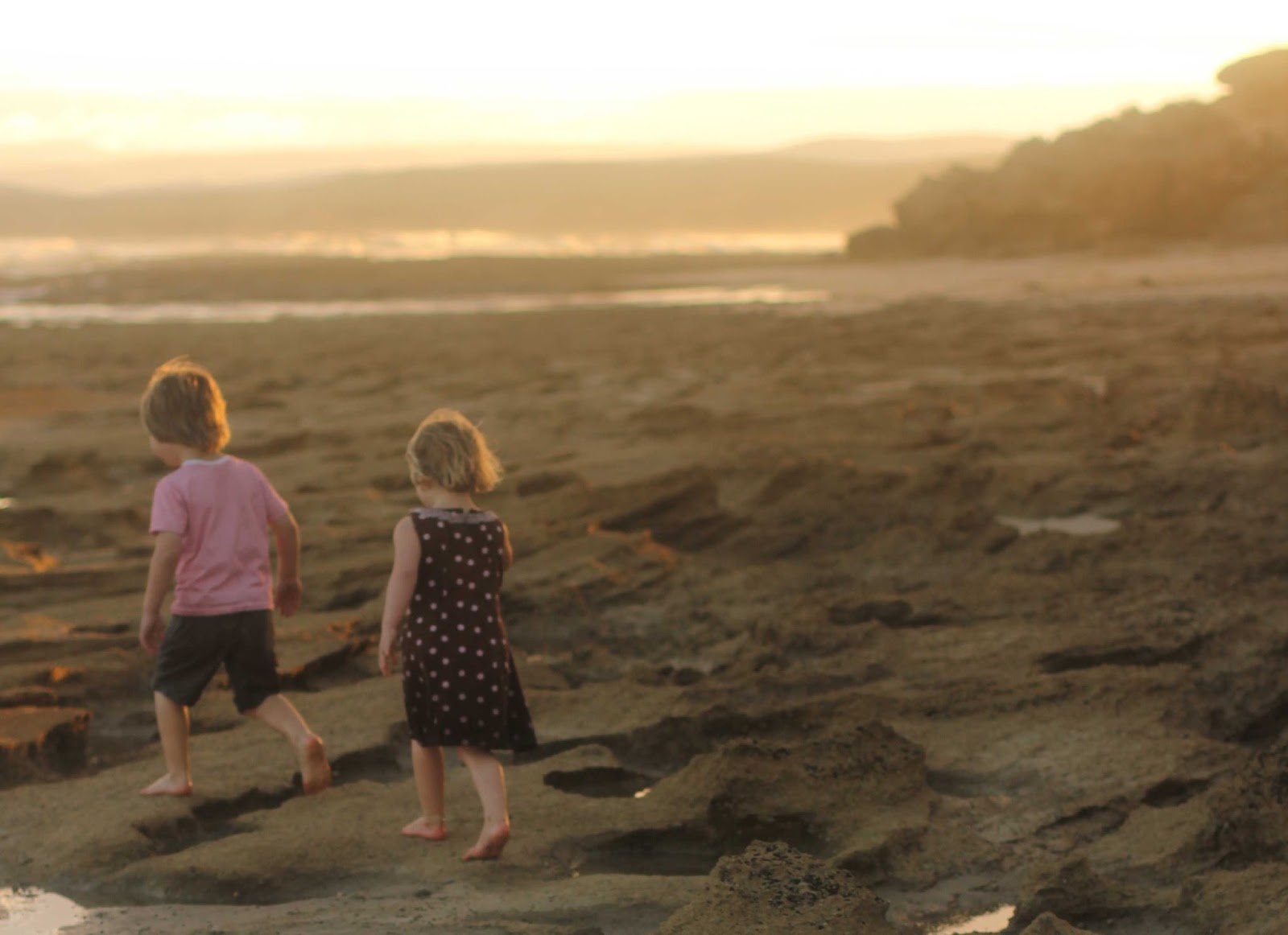 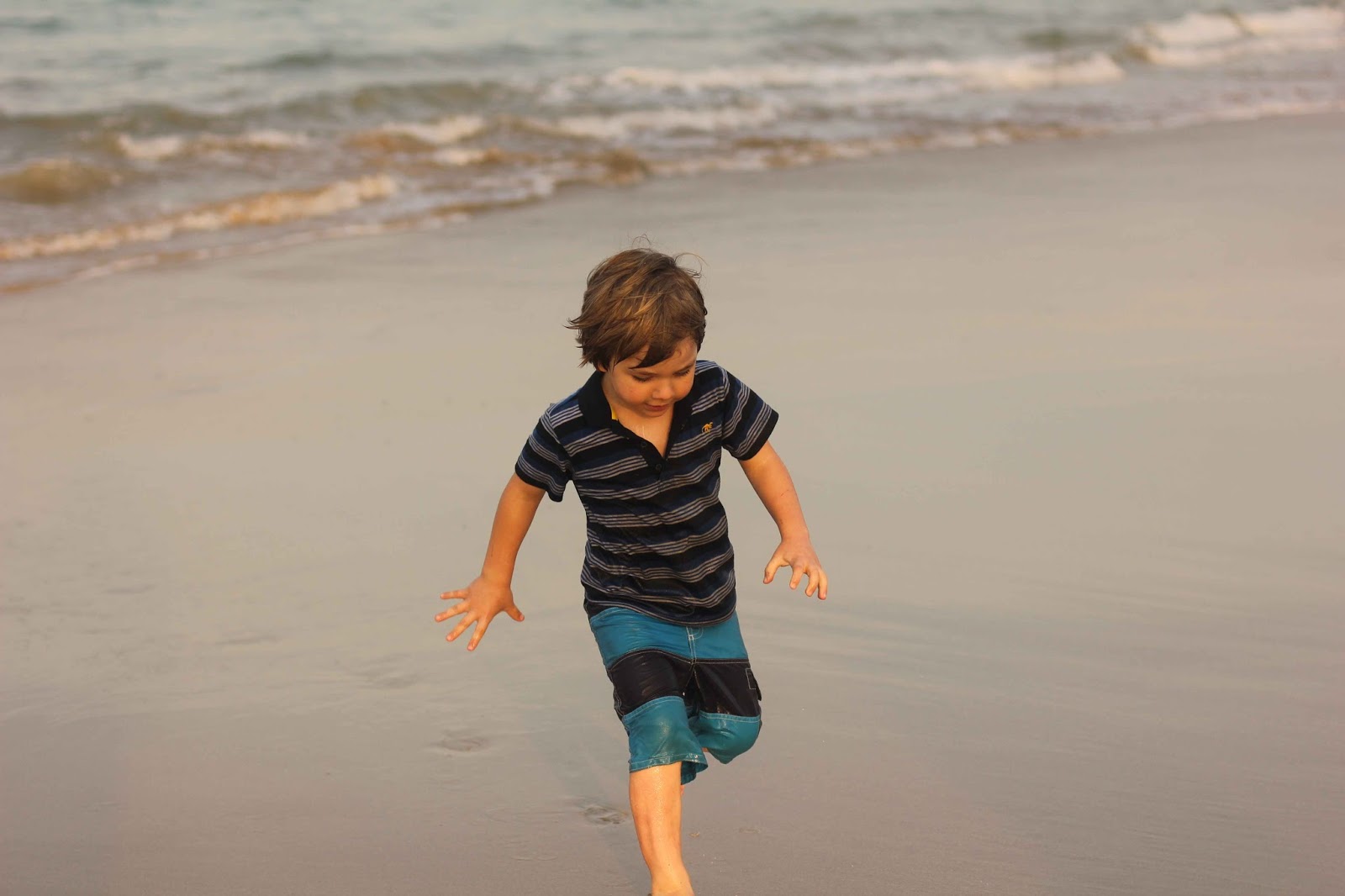 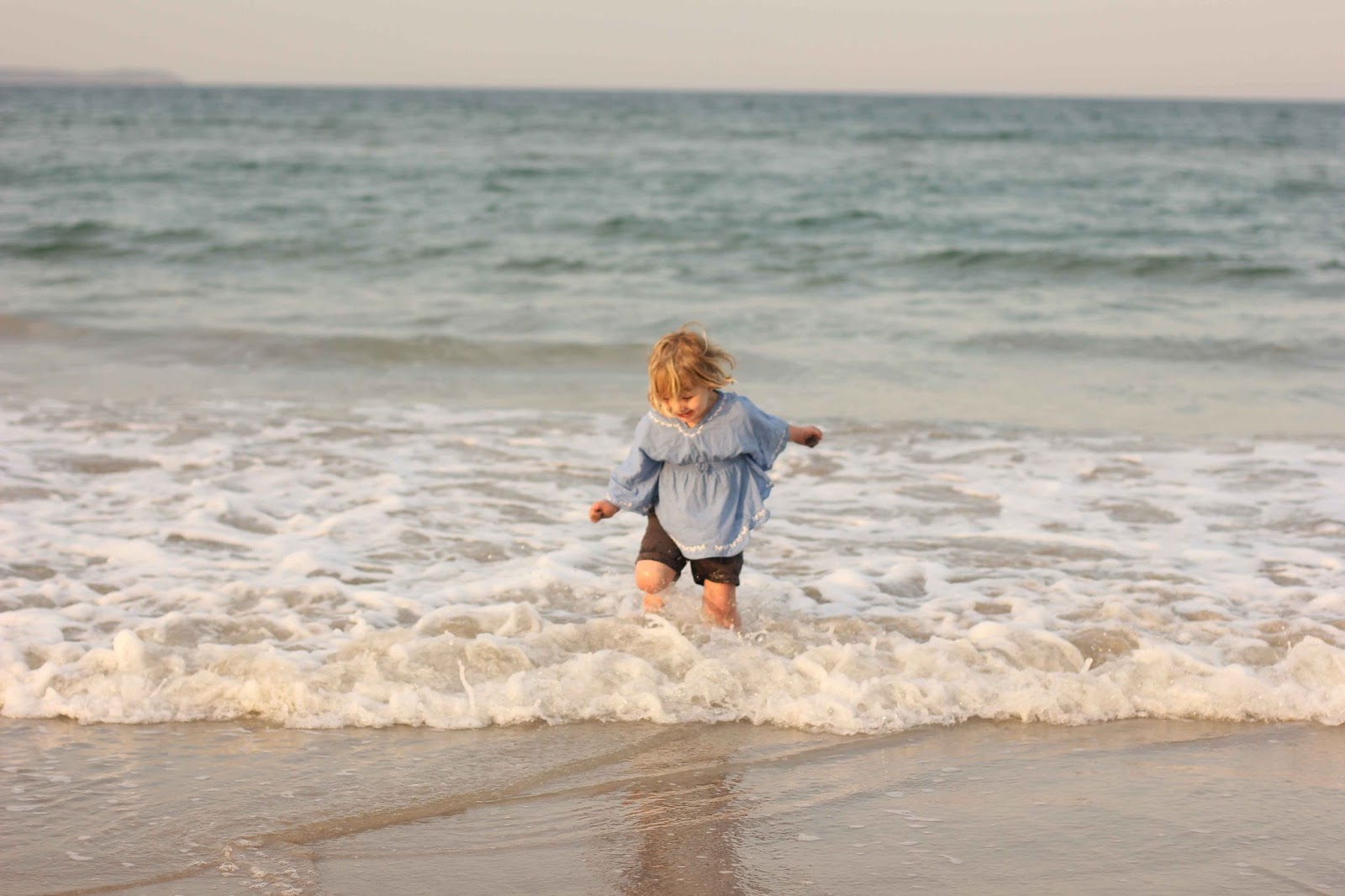 Posted by kirstyrosa at 6:30 AM

Email ThisBlogThis!Share to TwitterShare to FacebookShare to Pinterest
Labels: Inspiration, my Poppet, my sprocket, Photos, The Sea, Writing