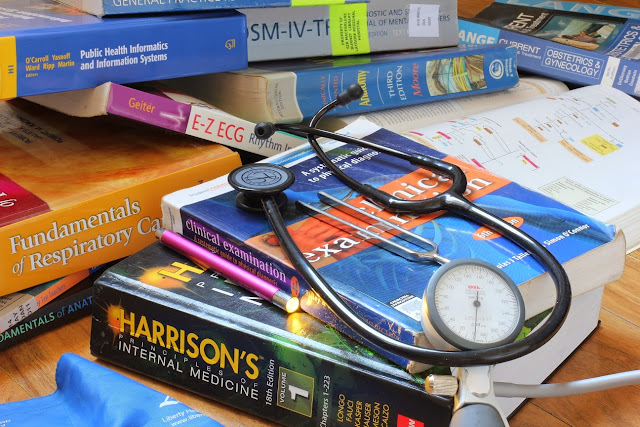 We passed.
Third year medicine is finito.
One more year to go and my beloved will be Dr Beloved and I will be Mrs Dr Dear, just like Anne of Green Gables, but without the red hair.
The biggest exams of the course are over and next year my beloved just has to turn up at all his rotations, look reasonably neat and not offend or kill anyone. (Those of you who know him, don't laugh. He can look neatish when he really tries, and I don't let him go to the hospital in his ugg boots. At least, not during term time.)
Picture me spinning giddily, with joy, relief and pride. (Not literally. When my Beloved called me through to tell me my hands were all over applesauce and cinnamon as I was in the midst of making very sticky Christmas decorations. The first batch is in the oven now and the house smells divine.)
This year was hard. Really hard. And there was a good ten weeks there when I was non-functioning and my Beloved was a. working 10-14 hour days on the paeds wards, b. studying for the major exams and c. doing the vast majority of the kid-stuff as I was busy throwing up, sleeping and wandering around in a sick, starving haze.
Champagne isn't on the agenda (at least for me - the whole pregnant thing precludes it) but fish and chips on the beach sounds like a pretty good way to celebrate! I better go start packing bathers!
(Can I just say it again, we passed. We did it. I am sooo proud!)
Posted by kirstyrosa at 4:44 PM

Email ThisBlogThis!Share to TwitterShare to FacebookShare to Pinterest
Labels: med student, My Beloved, we passed