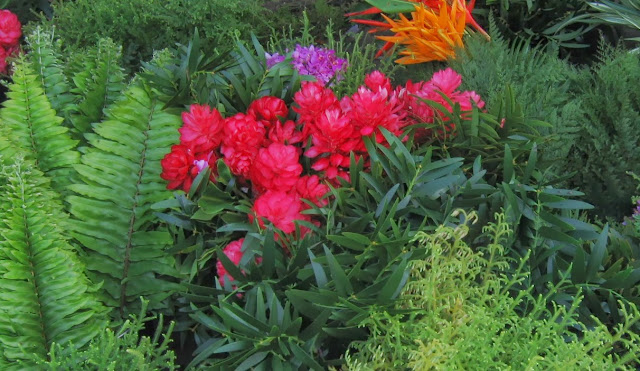 My National Novel Writing Month has stuttered to the next thing to a halt.
While for weeks I've been looking forward to the first of November when I could finally, properly, start, itching to get pivotal scenes on screen, now the time has actually arrived I'm only puttering along, second guessing, third guessing and frowning a lot before turning to a light-weight novel or pinterest.
I suspect I know why.
It's my main character. My protagonist.
As with the first two books in the series - Dragons' Nests and Firebirds and Overly Caffeinated Werewolves (Are Not Pretty), I'm writing in first person.
While first person tripped off my tongue, or rather, flew from my fingers, in the previous novels, this time it's a lot harder.
And it's all caught up in the character of Caro.
Caro has a big secret. One that has shaped her life down to the minutest detail. It's made her pretty OCD. It's also made her very good. Annoyingly, perfectly good.
I hope she doesn't put readers off, because really she's very endearing and loveable and flawed when you get to know her, but first take? She's just too damn perfect. And did I mention she's stunningly beautiful? Yes, she knows it. Little annoys me more than heroines who have guys salivating around them and not having the brains to realise they're drop dead gorgeous. Half-wits.
No, Caro knows it. But she doesn't care.
She's vegan. She's pretty much tee-total. She only ever eats organic, fair-trade goods and only sells completely fair-trade organic stuff in her shop. I suspect she doesn't eat sugar. Let alone deep fried stuff. She only has about nine sets of clothes. She only wears sensible shoes, and only has three pairs. She has NO clutter. She actually does her yoga every morning before breakfast, and meditates every day. She walks or catches public transport everywhere.
Do you hate her yet? I'm feeling irky just thinking about it and she's my baby.
Writing from her head-space is harder than I thought it would be. She holds to the beauty in the small things and routing, in simplicity and order. To write properly in her voice I think I need to slow down and concentrate on details, she observes carefully. But I tend to want to race along into the story. (Well, okay, with a lot of description.) I want to get to the part where she and The Guy start sparring, to where she enters the Lands of the Sleeping Dragon... But Caro doesn't race.
I'm pondering skipping the first getting-into-the-flow-and-setting-the-scene chapters and just writing all the fun bits. You can do that in Nano and not feel too guilty.
But.
I don't know.
I feel like I should slog it out to make sure I get the voice right. Introverted, intricate, careful, deeply appreciative of the beauty in the ordinary. Maybe I need to read some very Zen poems. Haiku. Sip green tea. Actually do the Salute to the Sun a few times in the morning. To get into her head span. Maybe that'll work.
Or maybe I can just imagine it.
Maybe I can just stare at the screen for awhile longer. And hope. Maybe if I just find the right tea to inspire me. Oolong? Green? Rooibos?
Or maybe I should just sit done and right whatever comes.
Hmm. That's a novel thought. Stop procrastinating. Hmm.
Caro would never procrastinate.
Damn, she's annoying.