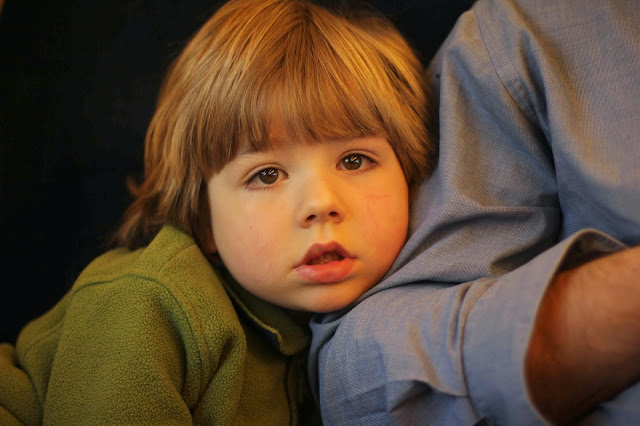 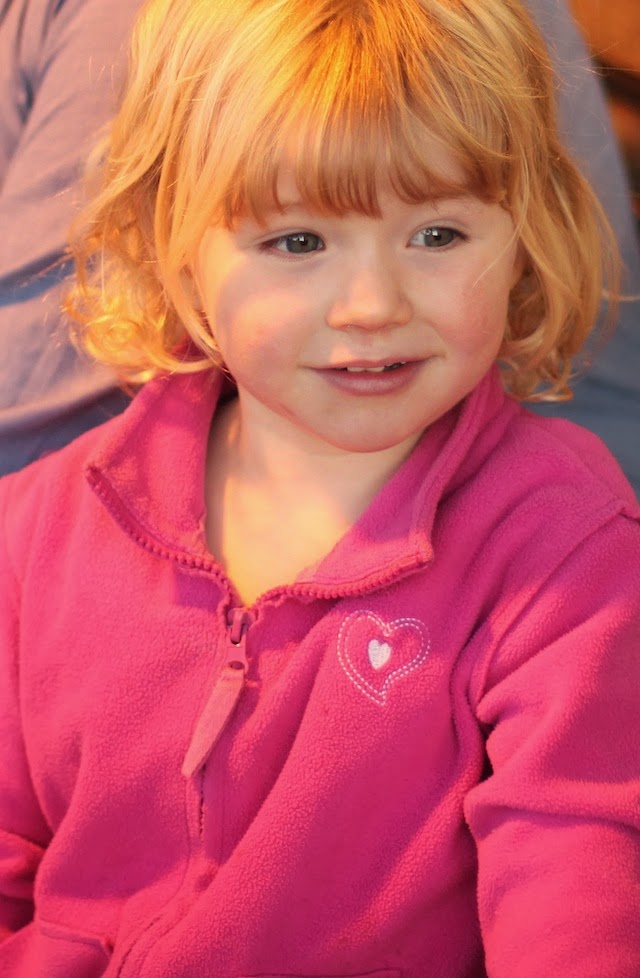 - My Sprocket, on the train in the early, early hours of the morning. Shortly after this both my Sprocket and his daddy were sound asleep again. Can't you just see the sleepiness rolling off him, o those big tired eyes!
- My Poppet. Also sleepy, waiting for the train. Just after 5am. Poppet and Sprocket were both so good. A 4.30am wakeup, two trains a bus and a plane and they were like little angels!

My Beloved took the kids up to Queensland this week for an impromptu holiday. The house has been very quiet without them, but they've been having so much fun. They've been admiring Christmas Beatles, swimming at Bribie Island and hunting for cane toads. I've warned my Beloved to check our Sprocket's bag, and his shoes, and his pockets, and under the car seats to ensure he doesn't try to smuggle any of his new 'pets' home. It would be horrible if we were responsible for introducing Cane Toads into Victoria!
They flew up to Queensland, but they're driving back down again with my Beloved's dad. So far they've done the first leg of the journey, and should be arriving at their Great Uncle's farm any moment now.  It's still another few nights till my little ones are home and while it's been a lovely holiday I'm missing them so much!

Joining with the lovely Jodi of Che and Fidel for a portrait of my children once a week, (nearly) every week in 2013.

Posted by kirstyrosa at 2:27 AM

Email ThisBlogThis!Share to TwitterShare to FacebookShare to Pinterest
Labels: 48/52, a portrait a week, my Poppet, my sprocket, Photos, Queensland