Pilfering from the Family Tree 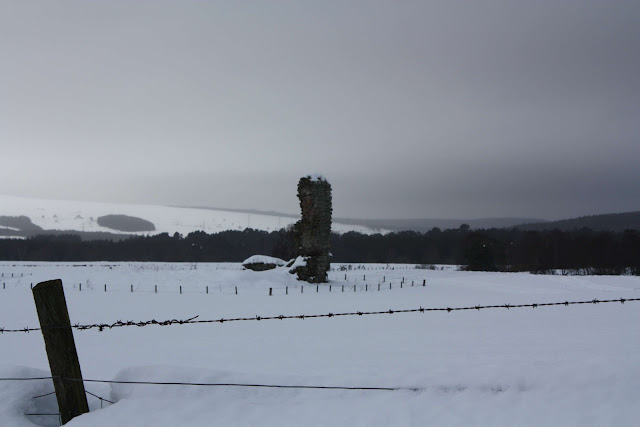 Writing my first historical novel, I've come up against a problem.
Well, a few promblems.
One of the main ones is finding information about a small, specific area in a set time. A small specific area that is not a large city and where no large battles were being fought.
Another is that most of the information I do find is about rich and titled people.


I wanted part of my novel to be set in a small village in Scotland.
In 1801.
Living on the far-side of the world this information is harder to find that you'd expect.

And then I bethought me the family history, carefully compiled by a maternal Great Grandfather.
He leaves out a lot of the interesting stuff.
The convict. The illegitimacies.
And the volumes are more a collection of lists (and male C.V's) than books, but for detailed content about everyday people living in remote villages, they're brilliant.
Luckily, most of my maternal ancestors come from one small area in Morayshire Scotland. This is true for both my mum's mum and her dad. Throw in at least one case of cousin marrying (First cousins but with one remove) and it's a worry....
Specifically they tend to come from around Knockando. This seems ironic as it's known for some of the best whisky in the world, and all the maternal ancestors I've met or heard of, were tee-totallers.
However, the good stuff is the family history tells me names, dates of birth and death, occupations, villages, and marriages.
A lot of the females lived in big houses. But they were the ones emptying the chamber pots. Which is good for me, as it reminds me to ensure all the servants in my book are real people with real personalities and not giggling half-wits.
In 1801 my many times great grandmother, Jessie Gow was born to Helen Gow of the tiny hamlet of Birnie, Morayshire. There is a blank for her father's name and the words 'illegitimate' scrawled across her death certificate.
I often wonder what the story behind that is and how hard it was to bear an illegitimate daughter or be an illegitimate child in the heart of dour Presbyterian Scotland in 1801.  Of course, according to the poems of Burns it wasn't all that dour. And he had his own crop of illegitimate children...
I've only been in that area once. It was mid winter and snow lay deep. My Sprocket was 13 months, my Poppet was growing within me and making me puke. We saw the house in Elgin that Jessie Gow ended up living in with her husband, a carpenter who sadly died young.
We got lost in the snow around Birnie. I remember it layered in crisp white and punctuated by terror on single-lane, iced-over roads.
The history of families is fascinating - whether my own or other peoples. It lets you see beyond the stereotypes to the real deal, imparting fascinating glimpses of a time almost unimaginable.
My favourite story is about the many times Great Gran who was forbidden to marry the man she loved so threw herself off the pier at Arboath. She changed her mind, or was fished out, and sent to her brother in Peru to mend her broken heart. The saddest stories are the many people who died in workhouses, or woman forced to work down the mines leaving their babies in the care of older siblings.

Do you have favourite stories from your family history? Any surprises? Black sheep?