I've been thinking about breastfeeding a lot over the last few days, firstly because of an article a British Parenting magazine editor wrote about how breastfeeding her child made her feel 'creepy', and then more positively today because I went to a Breastfeeding Association meeting and it was so lovely talking to other mums.
Reading the article where the writer wrote it felt 'creepy' seeing her breast in her infant daughter's mouth, I considered how it made me feel to nurse my children.
And I came up with - womanly, lucky, bountiful and well, free.
I've been incredibly lucky in that breastfeeding has been very easy for me. Both my babies were very clued in as to what to do. (Which is lucky, because I basically just showed them the breast and expected them to get on with it.)
I'd seen my Mum nurse my brothers, I'd seen my aunt nurse my cousins. I just assumed I'd nurse my babies and there wouldn't be a problem and, luckily, that's how it happened.
I also lucked out in that I had seen my aunt feeding while travelling through Indonesia.
When I was fifteen my family joined my aunt's family in Borneo, where they were living at the time, and we travelled into the heart of Kalimantan and then over to Java and Lombok. And my younger cousin, a toddler at the time, was nursed throughout. With her first baby my aunt was living on Bouganille during the troubles and also travelled through Papua New Guinea. Breastfeeding made travel to remote villages possible and opened up so many more options.
When my own babies came along I knew that as long as I was breastfeeding (and within reach of medical aid) the world was our oyster - we could safely travel anywhere because we would have, on tap, highly nutritious, hygenic all-in-one food and drink for them.
When the Sprocket was 1 month old we moved to Vanuatu. When the Sprocket was 3 months old my husband's work meant he needed to travel to a remote island two small plane trips away. The Sprocket and I went too.
The island we were staying on didn't have electricity or running water and the toilets were fifty feet away from our huts. If I'd had to worry about sterilising bottles and clean water, we couldn't have gone. Maybe an ultra-organised person could have.
That person isn't me.
It was an amazing experience and I am so glad we had it.
Later a friend came over to visit us in Port Vila and wanted to see one of the smaller islands so I arranged a village stay.
Again, not knowing what to expect, it was easy to just throw some nappies and changes of clothes in a bag and head off. Waiting at the bus stop for 5 hours for the ute to turn up? Not a problem, the Sprocket has clean, safe, food at hand. No electricity and no running water? Not a problem. Clean, safe all-in-one drink and food at hand.
Breastfeeding, to me, opened up so many more possibilities. It's meant adventure, travel and amazing experiences.  Freedom. 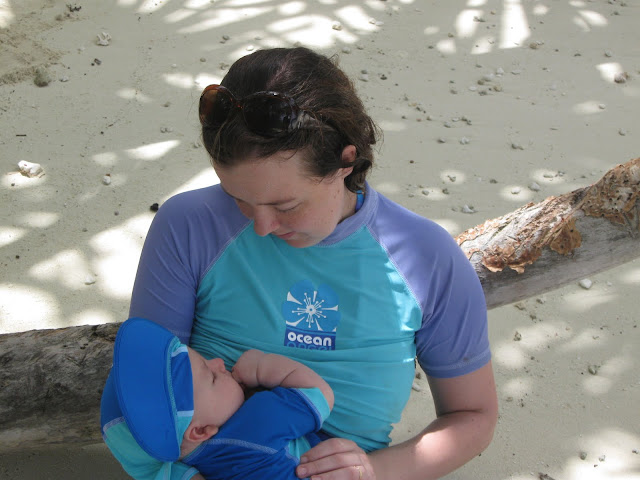 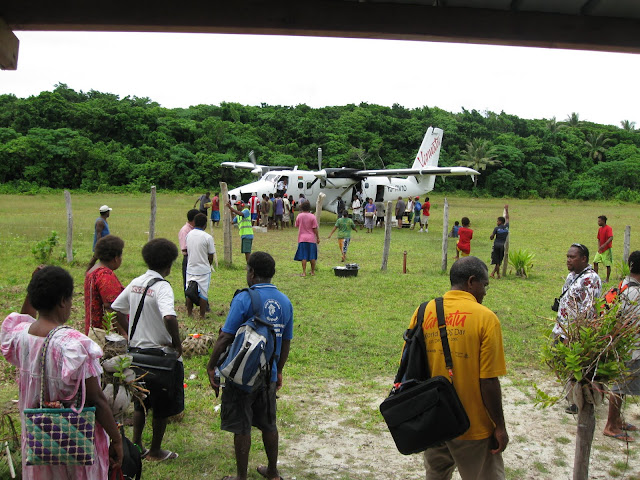 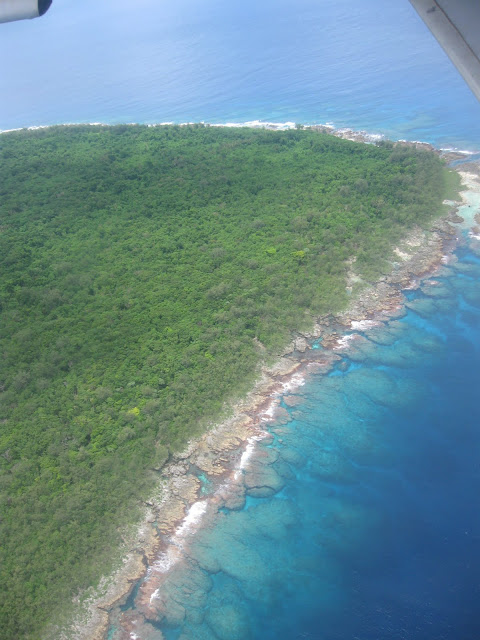 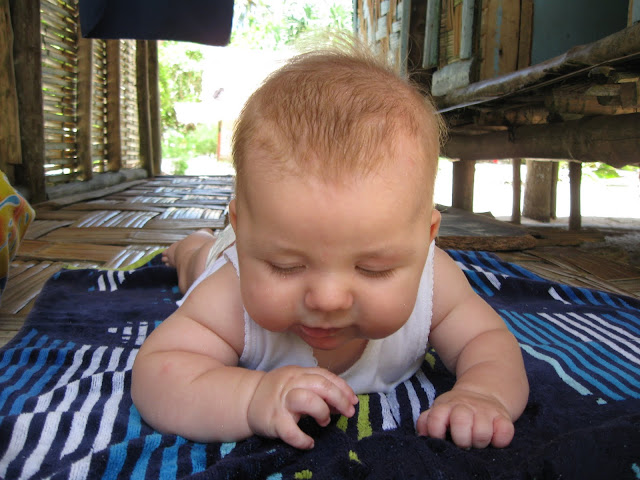 Posted by kirstyrosa at 9:16 PM