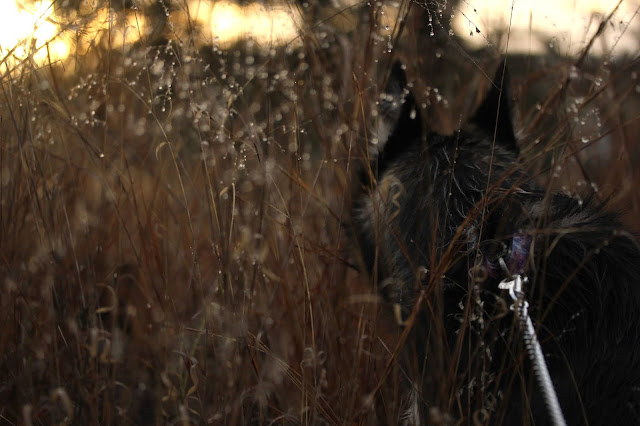 I started Early - Took my Dog -

and visited the Sea -

Just kidding. The sea is still a long way away. And I miss it. A lot. And it seems like a long, long time till I'll be going home, because I don't think the borders are going to open any time soon. Or at least, I don't think they're going to stay open. But then, it appears that Emily Dickinson hadn't seen the sea when she wrote the poem, so I, at least, have memories.

I do, however have a dog. Two dogs. One of them was supposed to be my sons, but it is clearly now mine, with all the work that entails, and I am now proud walker, feeder, cleaner-up-after, of a nine-month old, poorly trained puppy who delights in disembowling teddy bears and leaving their entrails spewn across the garden. Not that I'm bitter or anything, but the last thing I needed was yet another thing to clean up after.

On the plus side, they're great security, and I never worry about walking at dawn or dusk or dark, as Wolfie is, as his name suggests, Wolf like, and Lumi would jump all over anyone who approached. She would probably also howl at them at length, describing all the ways in which the world is not as she requested.

On my walks, my dogs are my constant, badly behaved, companions. They pull, they lunge after rabbits birds and wallabies, occasionally they entirely wrap me in their leads, particularly when I pause to take photos. Which, let's be clear, is quite often, and in dim light focussing and working out the right light can take me awhile.

Although my camera is on automatic focus (I hanker to put it on manual, but with with dogs it's just not possible - I'd need more hands) the light is on manual. Which involves checking, and changing, and double checking. Which, I agree, is not what dogs eager to explore a world of smells and small, running, rodents desire.

Lumi, in particular, loves jumping up to study whatever has caught my interest, often crushing dew spangled grass stalks or webs just as I've finally got the right light. Wolfie is more prone to jerking me off balance, leaving a carefully composed photo blurred and of something completely random.

And a jarred back and aching shoulders is a small(ish) price to pay for the exuberant affection and steady companionship of my most constant friends. 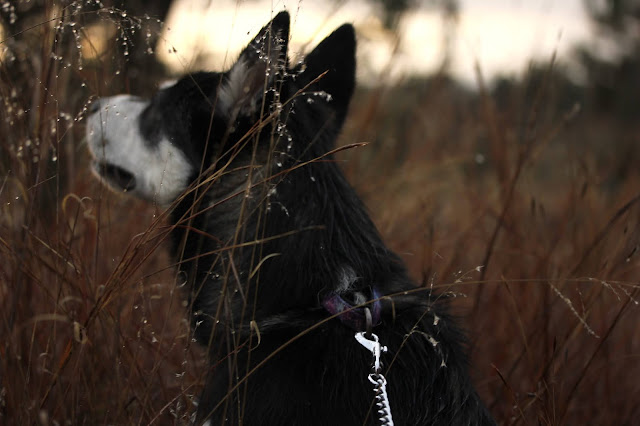 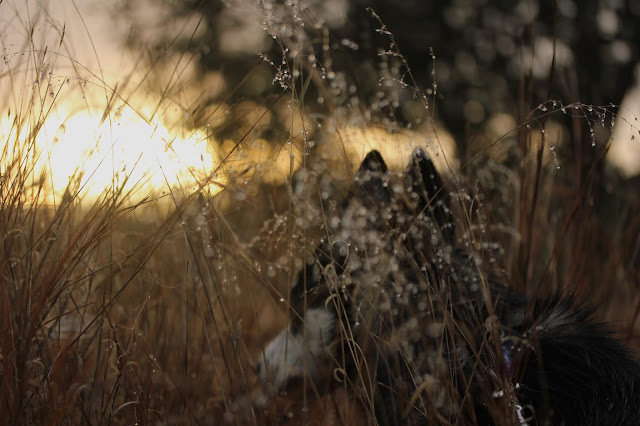 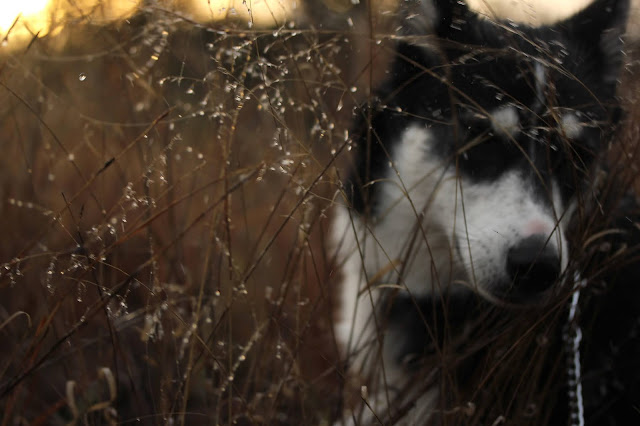 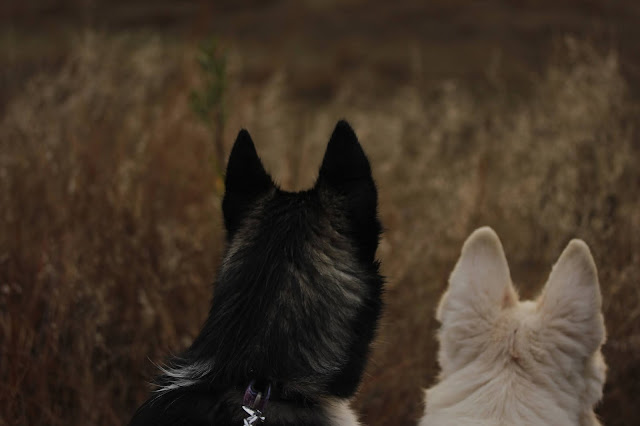 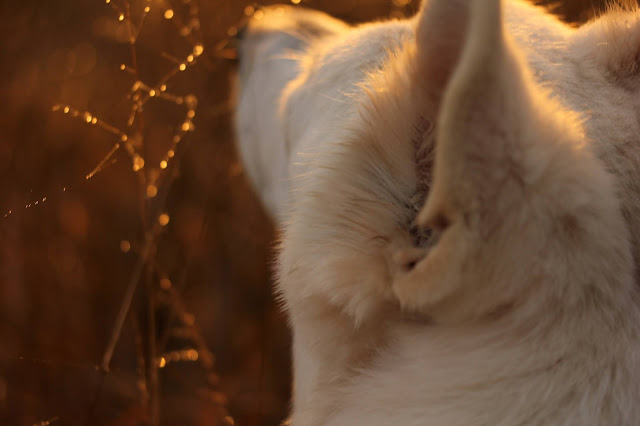 Posted by kirstyrosa at 6:52 PM