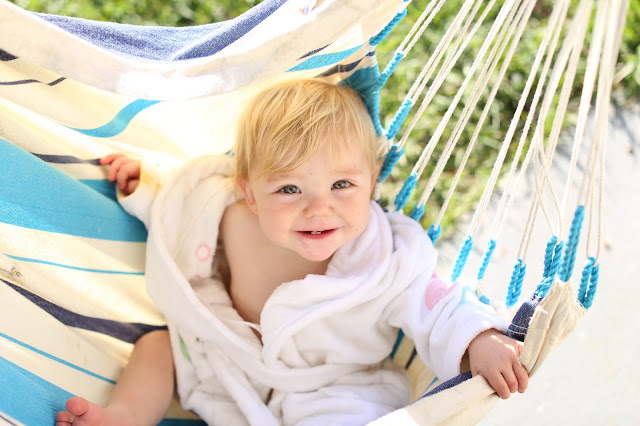 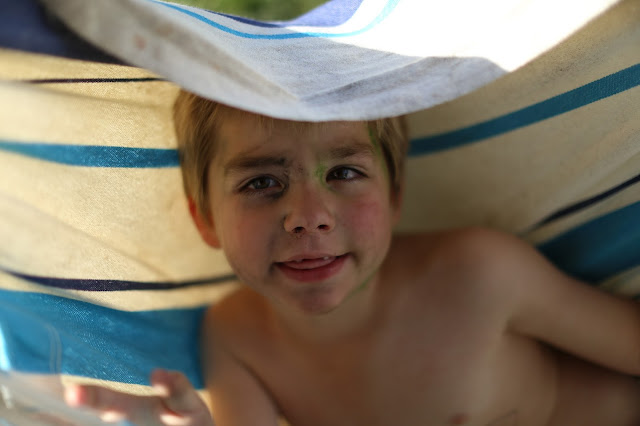 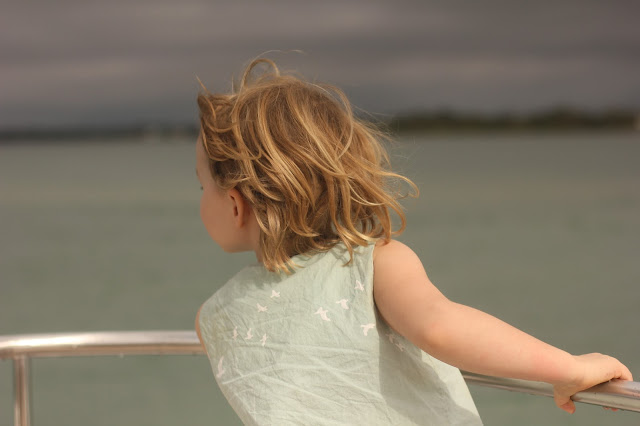 Giggle-Bear - swinging in one of the hammocks.

Adventure Boy - once again sporting old face paint. Also swinging in a hammock. He had his third lot of grommets put in this week - we're hoping that they're the last ones and that they help with his concentration at school.

The Extravaganza. Alright - I admit it. This is an older photo - I've been a bit slack this week on the photos. And last week. From a couple of weeks ago up at Caloundra. Hopefully the last of our tumultuous settling in days are nearly over...

Joining with Jodi for a portrait a week every most some weeks in 2015.

We've been getting a new kitchen put in this week (we still don't have running water or gas in the kitchen and won't until Tuesday - thank you long weekend) as well as finishing building a fence and putting up a fort, rushing to finish everything before Beloved's holidays end ... tomorrow. Sad face.

I know I missed last week so...  Giggle Bear with the boxes of our new kitchen at the beginning of the week. The boxes are now empty and the kitchen is (very nearly) up. It is so exciting. Is it wrong that glass fronted display cabinets give me a thrill. And waste recycling drawers... and o my sink! 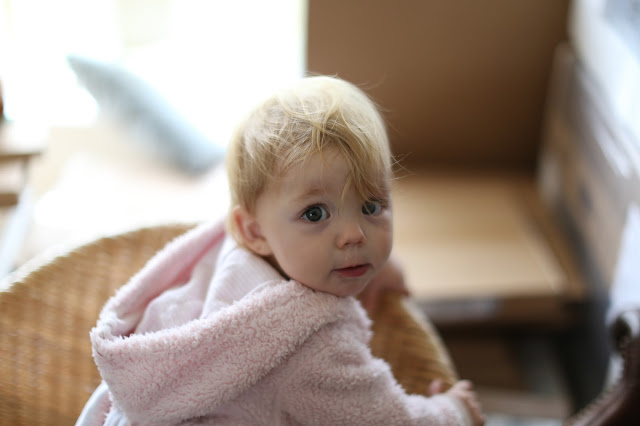 Posted by kirstyrosa at 9:23 PM