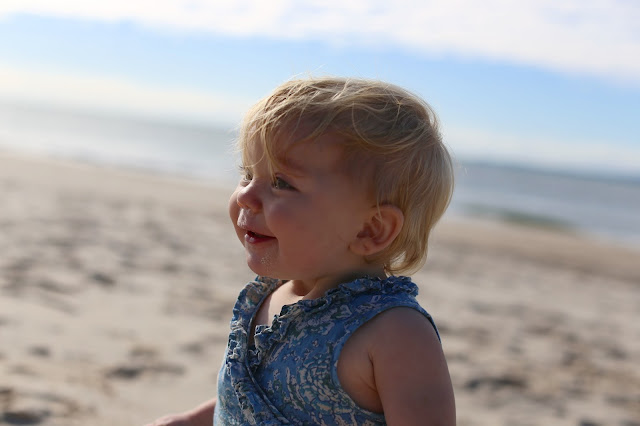 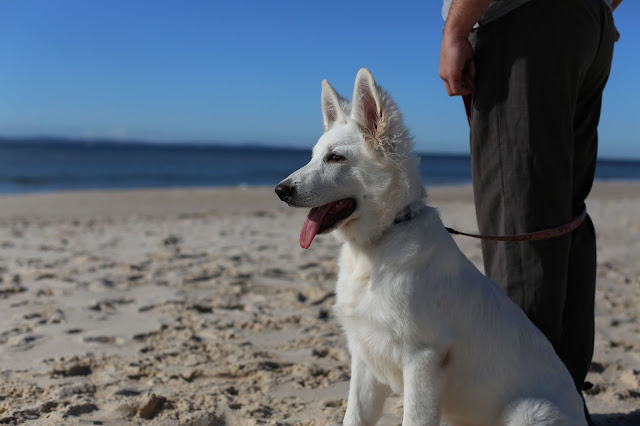 Giggle-Bear - so joyous as she explores the world. Carefully studying everything, her face lighting up in sudden wonder.

The Extravaganza - Black lace and faux pearls in the early morning and showing off her self-given hair cut, still growing out.  She is so full of life - and attitude. Here she's riding a plastic pony at a park at the back of the beach.

Adventure Boy - always a worry at my heart. His latest lot of grommets seem to have been successful but his school are talking about ADHD. We've tended to put down his never listening to his ear troubles and his casual destruction - sometimes it seems if his hands aren't pulling something apart his feet are kicking at something - to being a boy. But...

Wolfie - my fur-baby. He's grown so large so fast. Still only five months old his paws are massive although he's still such a puppy, gamboling and playing and full of fun and mischief. He just passed puppy school today.

Nearly halfway through the new year it seems we are nearly ready to catch our breath and settle into our new life as non-students in a new state. It seems every day we exclaim how happy we are with our new house (no asbestos! no ceiling cracks forever showering dirt! no rabbit warren of tiny rooms!) and Beloved finishing his degree. Today the sky is blue and clear and the kids run up and down the street with their friends. Family and beaches are both close. We're in the tomorrow we waited for for such a long time.

Joining with Jodi for a portrait of my little ones once a week, every week (mostly) in 2015.
Posted by kirstyrosa at 9:59 PM