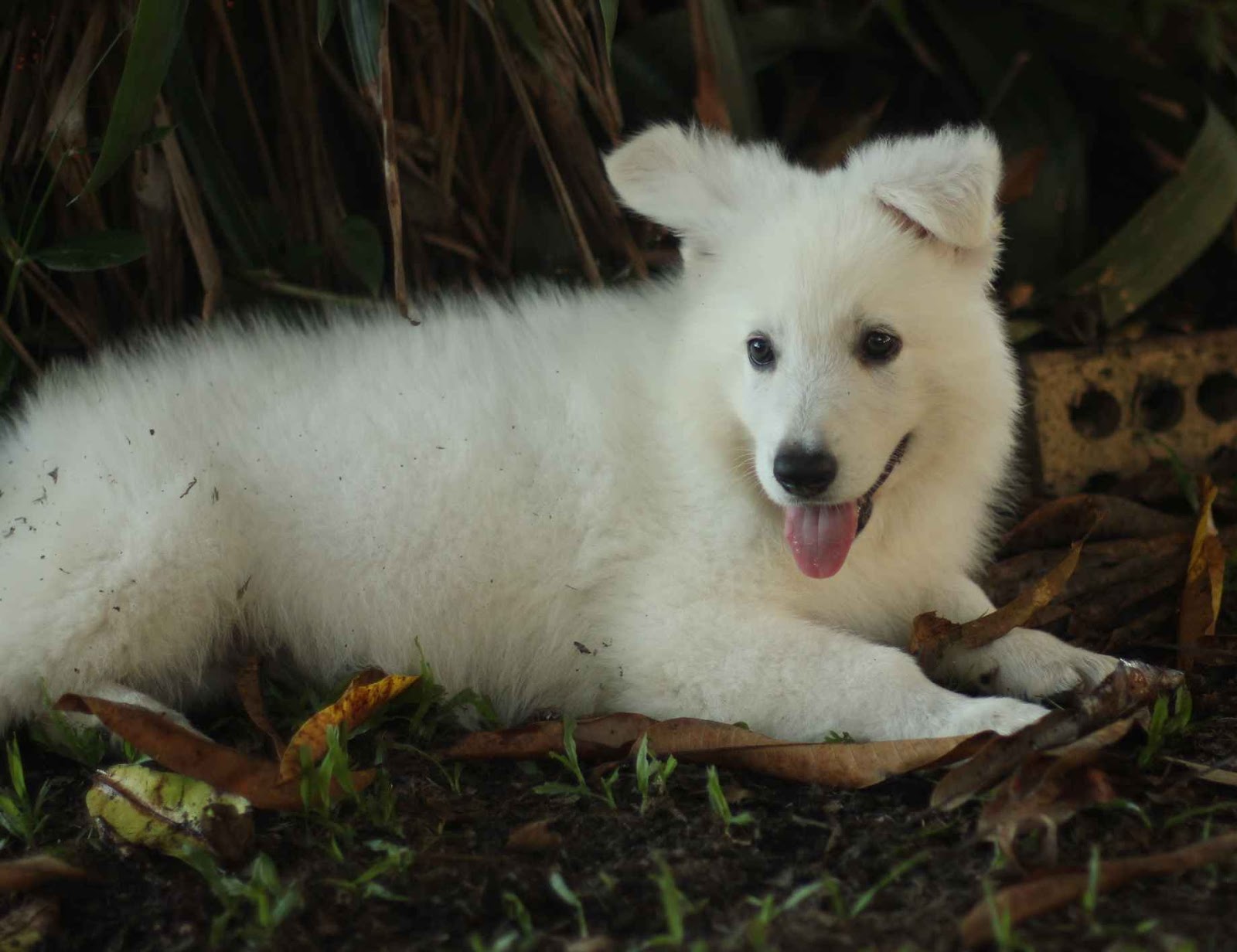 So here he is - Harry Haven Wolfe - the newest member of our family! The kids call him 'Wulfie' and I call him Harry. We're yet to see what his final name will be. (I've also suggested Felix as he's such a happy soul and I'm partial to Luke 'because the force will be strong with this one.')

He's eight weeks old and already massive with paws like little boats, but still the sweetest, softest bundle of fluff. I've never felt a dog quite so soft. I suspect 'Fluffball' will be a common nickname.

He's a very relaxed, laid back puppy, very happy to stay with the pack. He puts up with being picked up and carted around very well. He has just padded through to see me and is now examining the bedroom and giving Giggle-Bear a good morning lick.

The kids are enchanted. Adventure Boy fell asleep last night sleeping next to Harry on his pillow (I got extra large for growth) and during the day they don't want to be more than a few centimetres away. They've spent hours running with him in the garden and I have to keep reminding them that when he sits down it means he's tired and they have to let him rest - he's a baby.

When he gets a little overwhelmed he comes to sleep between my feet and I exclaim again over his amazing softness.

He's met my in-laws labradoodle - and perked up immediately. "Another dog! Whew - I'm not surrounded solely by furless half-lings. A normal being!" Sheba was desperate to play, but Harry was a bit too tired for that - it was a big day.

So voila - here is Harry Haven - aka Wulfie the dog of my children's childhood. Our gentle giant of fluff. I foresee many, many long early morning walks around the lake and twilight walks along the beach and nights I write into the dawn with him curled soft-as-soft at my feet. 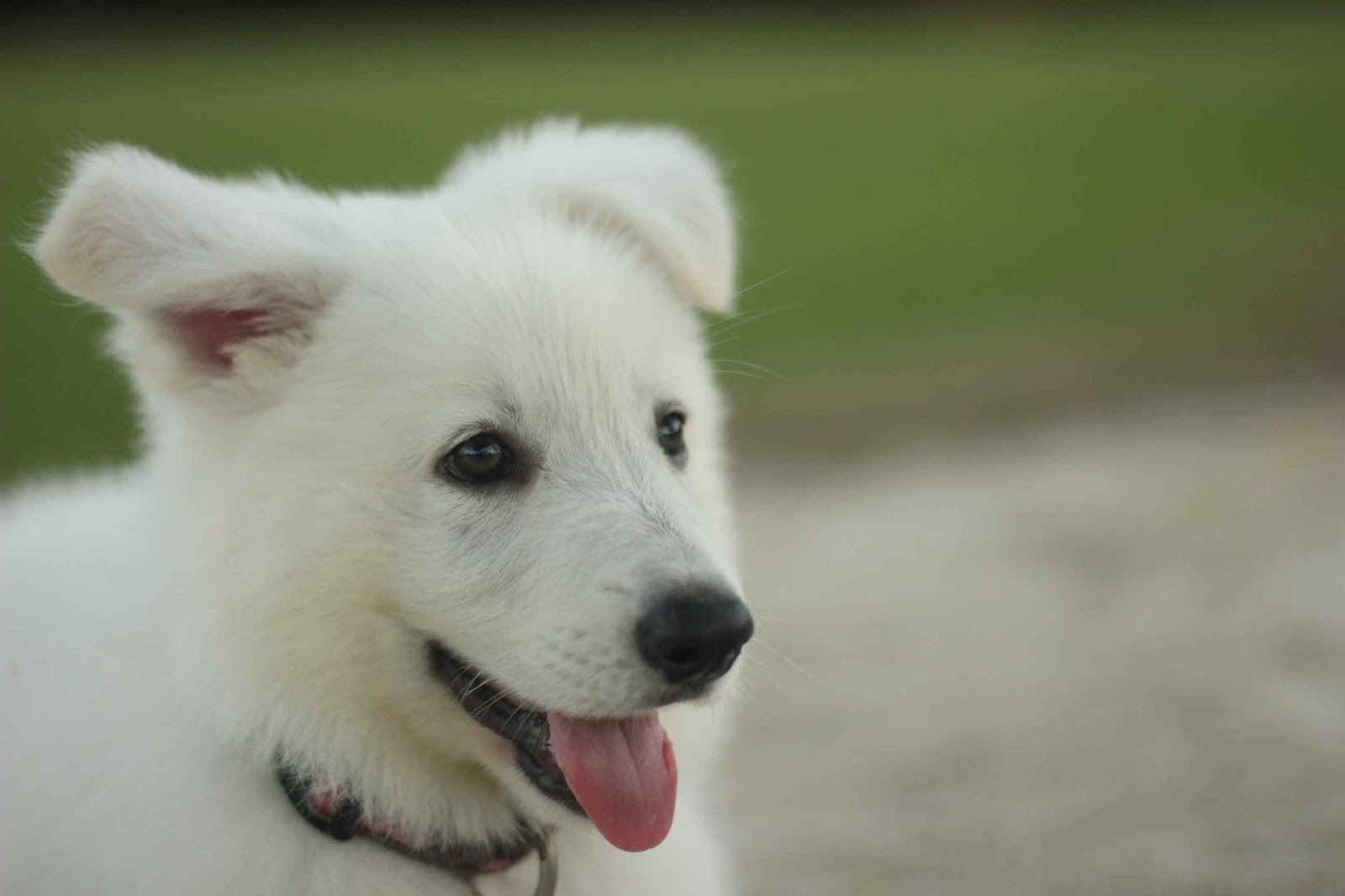 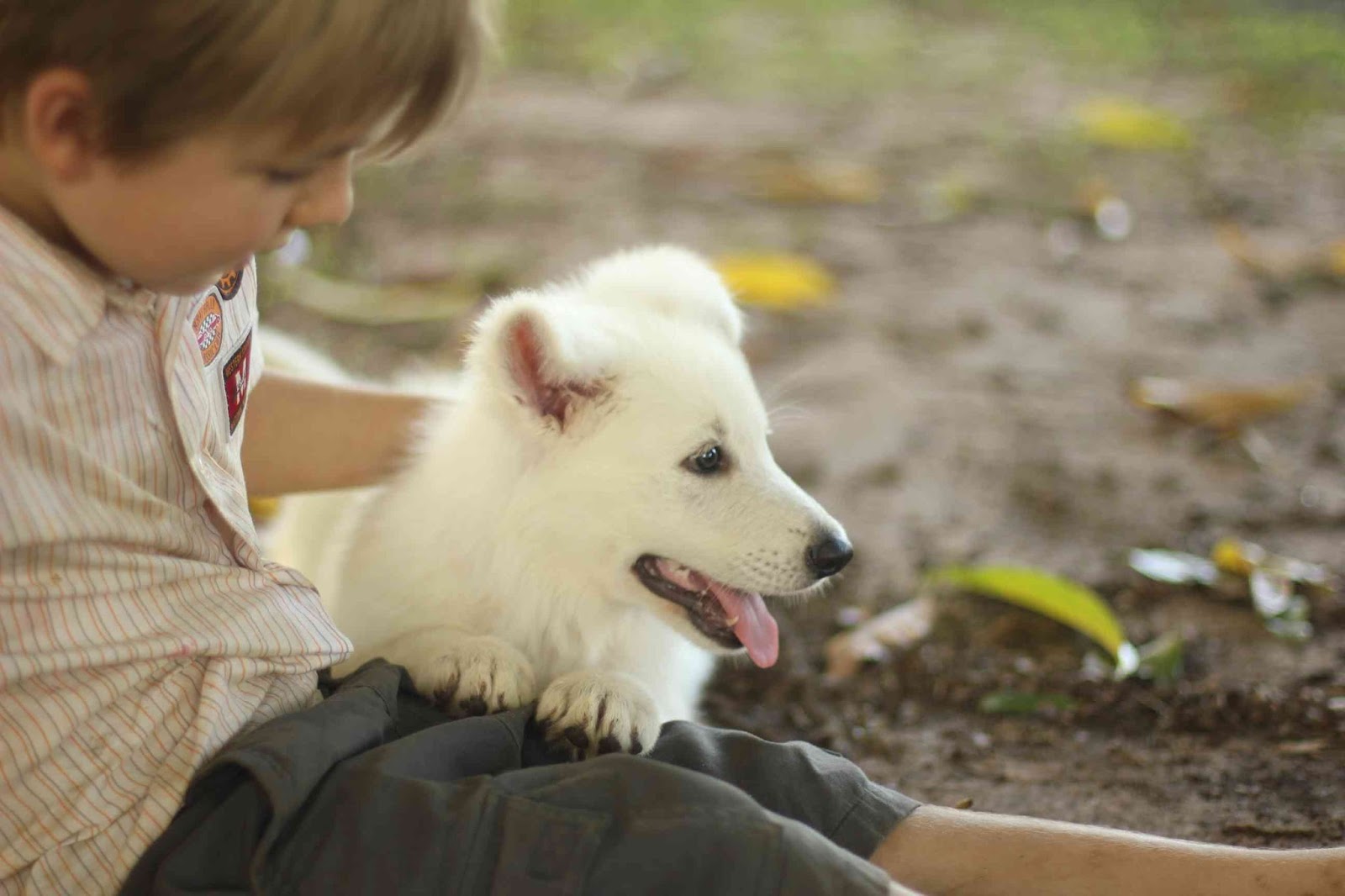