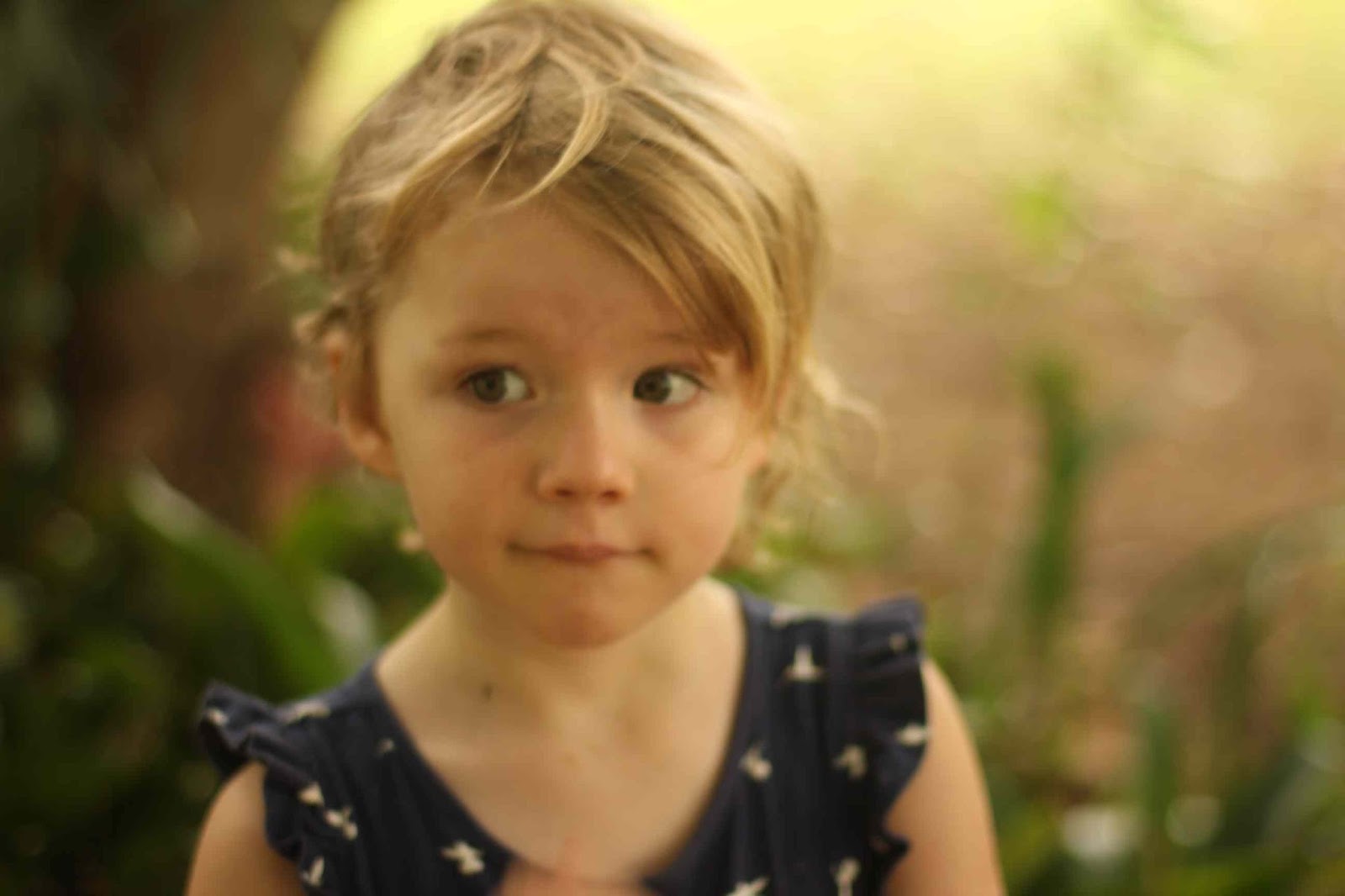 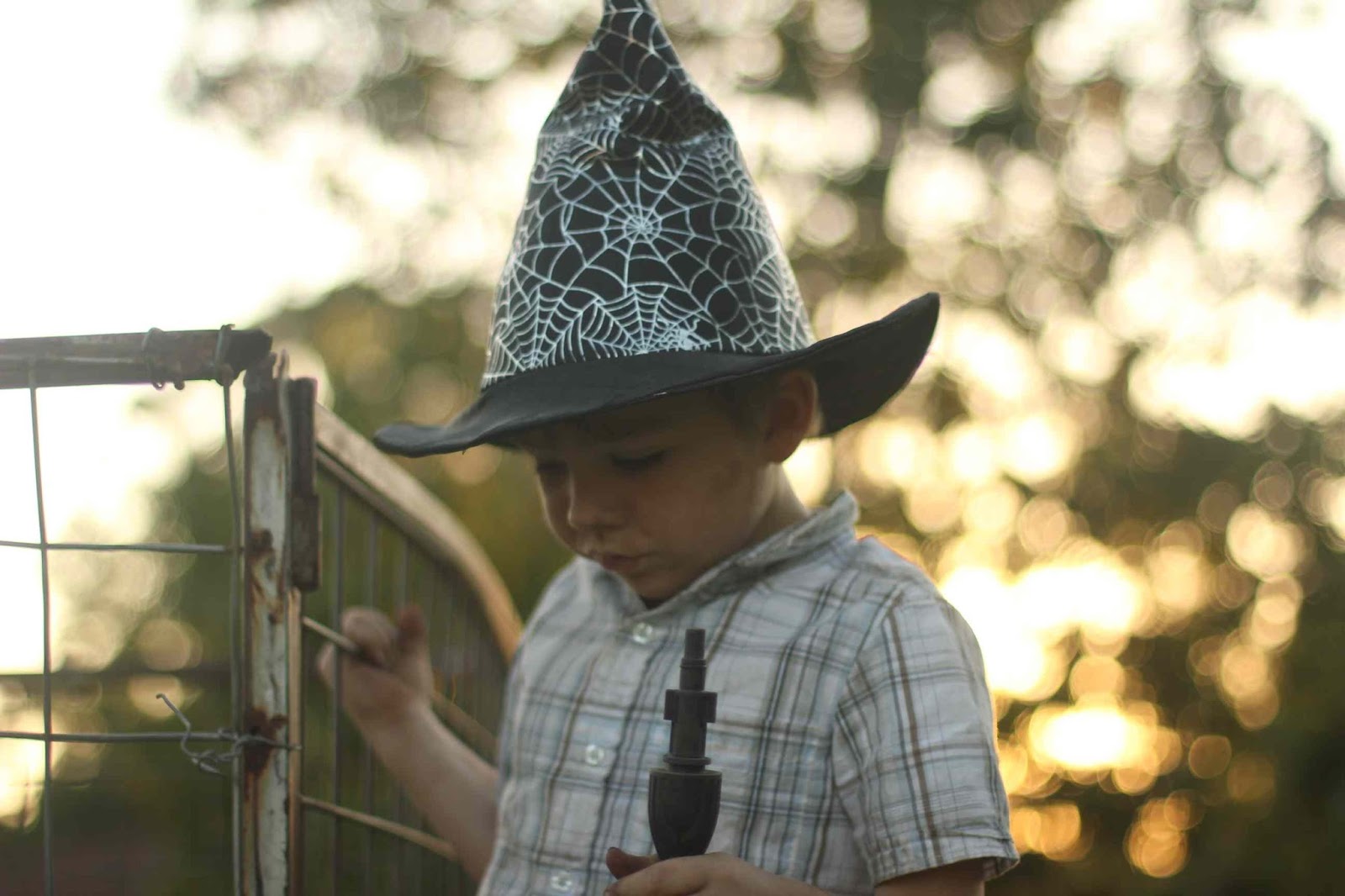 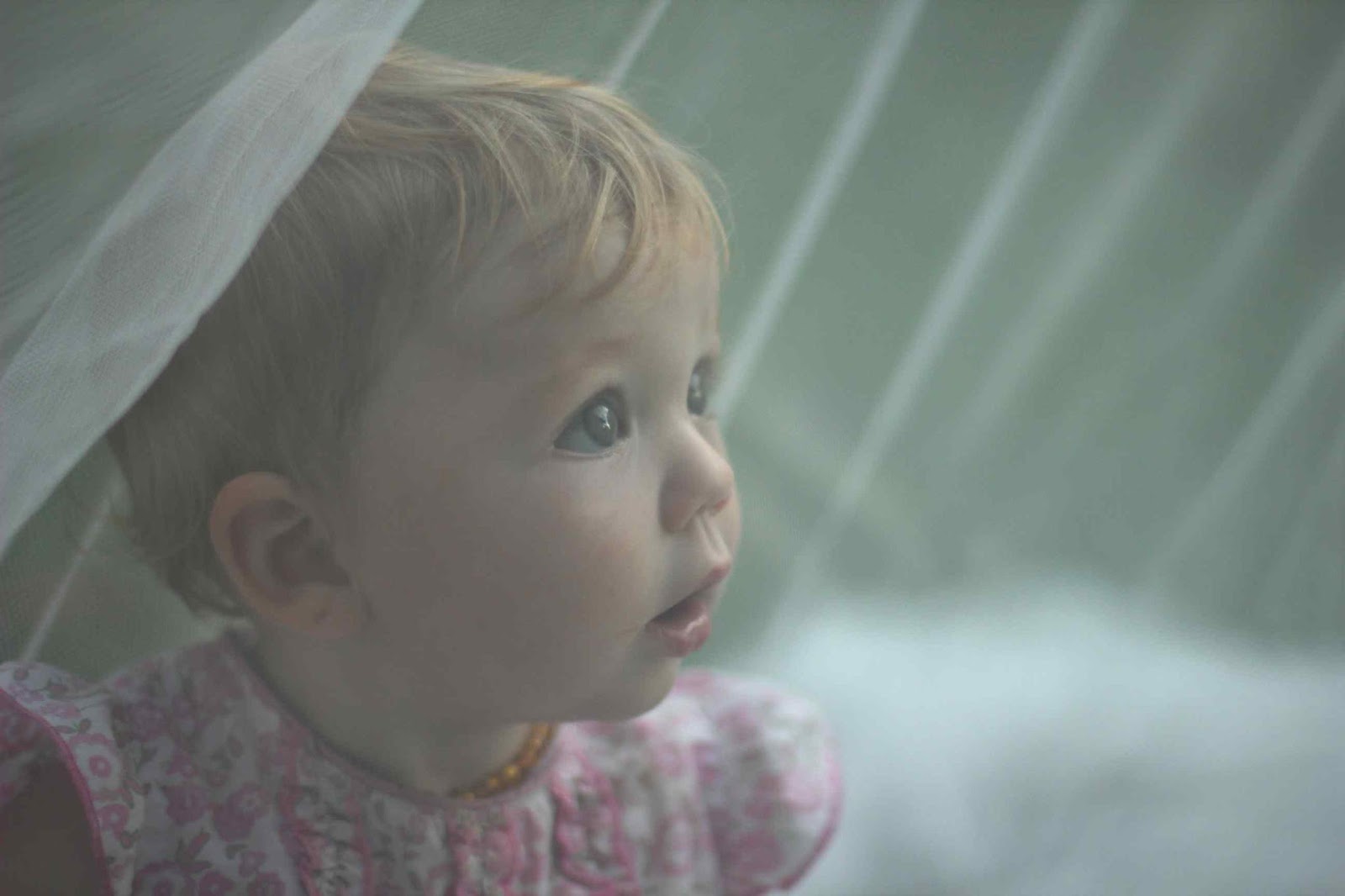 - My Extravaganza, unusually pensive. This morning she took the scissors to her hair. It'll be lopsided for quite awhile. I think she looks like a rather ragged-haired pixie. Poor love, she cried at the hairdresser when she saw how much had to be cut off to even try to even it out, which was a little odd given how much hair she left on the bathroom floor. I should have seen it coming - Rapunzel had her hair lopped off last night…

- Adventure boy. Climbing, as is his wont, wearing his wizards hat and carrying wand.

- Giggle-Bear. The mosquitos are so bad at present that when I take Giggle-Bear out into the garden to hang up the washing I hang a mosquito net on the line and tuck her under it. She comes up in horrible red lumps with mossie-bites, but she loves being outside. Look at the eyes on her and how big she is now. No more my itsy-bitsy baby but a little girl.

Joining with Jodi for a portrait of my little ones once a week, every week, in 2015.

Posted by kirstyrosa at 5:13 AM