Sometimes, the Book. A History of Ancient Britain - the book that was MEANT to travel with me.

A History of Ancient Britain by Neil Oliver

(Please note this is not a book review, but a gush about the wonders of the Right book at the Right time)


Sometimes, the book that you were meant to read at a particular time jumps into your hand, and it feels like magic.

Returning from Stonehenge, still a little drunk on the play of light and age of stone and the this-is-Stonehenge-and-I freaking-wrote-an-essay-on-this-nearly-twenty-years-ago-at-uni, I wandered around the gift shop determined to find the perfect encapsulation of the memory.

While in passing I picked up a rather funky drink bottle (you can never have too many drink bottles or sunglasses, or sun-hats or sunscreen, at least, not if you live in Queensland) I saved my real deliberations for the books.

I pored over the titles, from deeply academic tomes to New-Age dippy, willing the right book to announce itself.

Beloved and I are long-time fans of Neil Oliver's History of Ancient Britain television series, and, with a little trepidation, I decided that just because he's a great presenter it does not neccesarily follow he's a lousy writer. It often does, but it doesn't always.

My punt paid off. Oliver's writing is just what I most enjoy - fascinating, witty, compassionate. Full of the kind of interesting detail that brings the past to life, but not too heavy, full of empathy, appreciation for subtleties, a keen eye to the romance of it all and a leavening dose of humour.

However, it isn't the writing alone that has me extolling the virtues (although that would have been enough to enthral me), it was how perfectly it mirrored my (brief and hurried) gallop through the United Kingdom. So many of the things Oliver wrote about had become deeply personal and others made sudden sense. 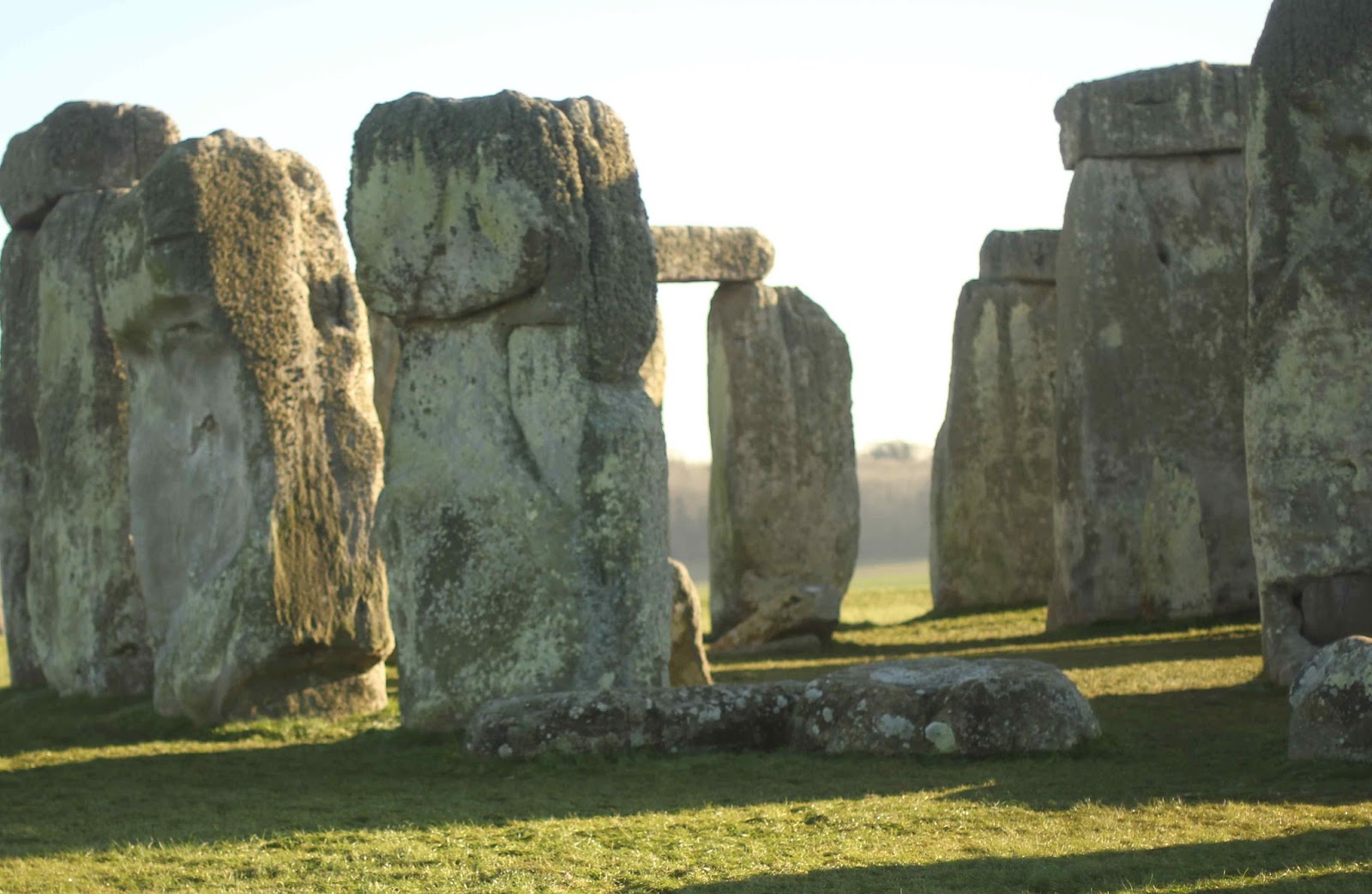 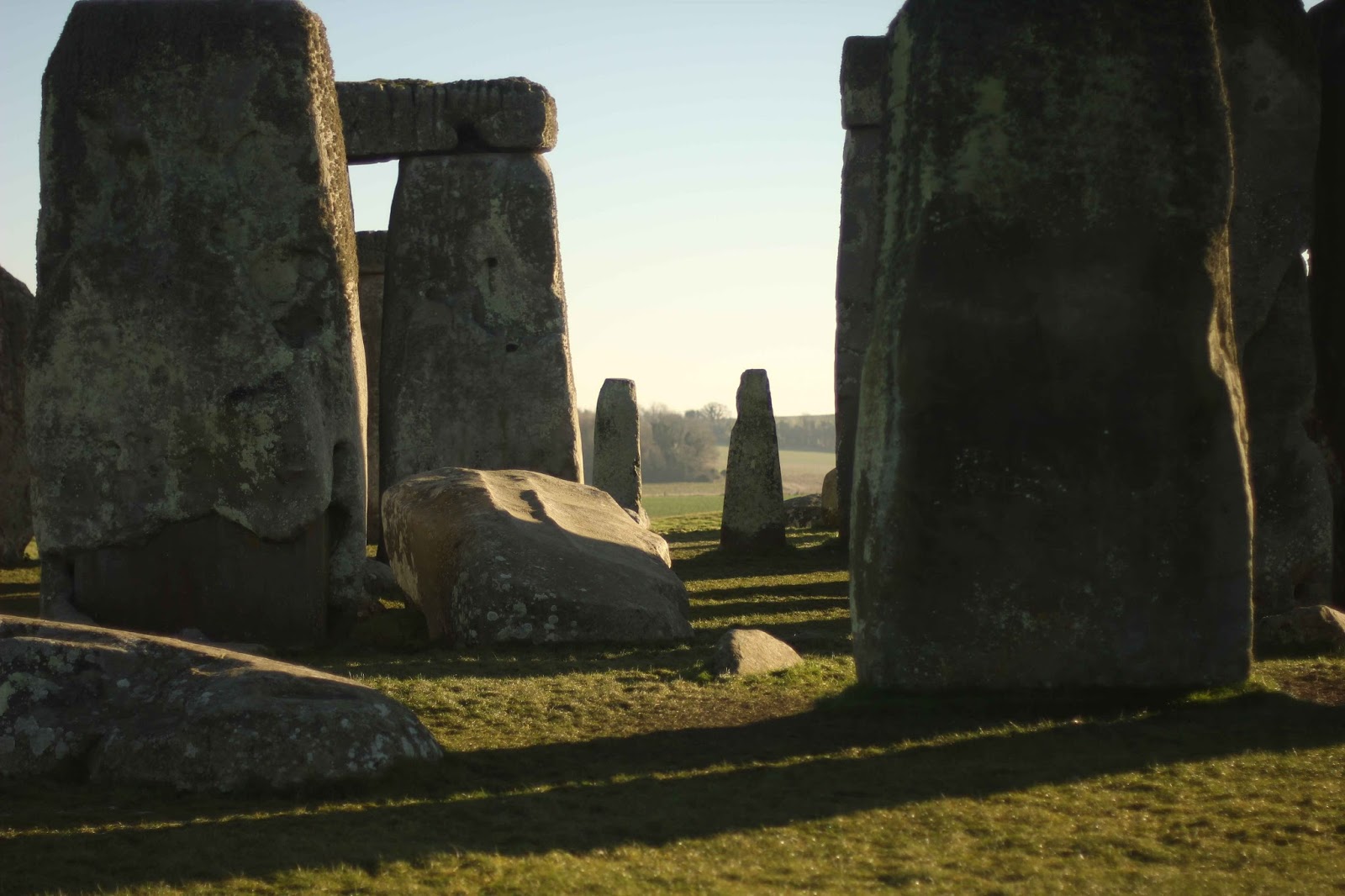 Obviously, the book had been in the Stonehenge gift shop for a reason, and Oliver discussed Stonehenge at satisfying length. Many new discoveries have taken place since I read about it at uni and I was delighted to read about them and gain new insight into the people-of-the-long-ago, the light-soaked landscape still at the forefront of my mind.

However, Oliver also wrote about the crannogs of Scotland, ancient round houses built over the water, with particular mention of the recreation I had seen on our (very long) search for snow and that had entirely stolen my heart. 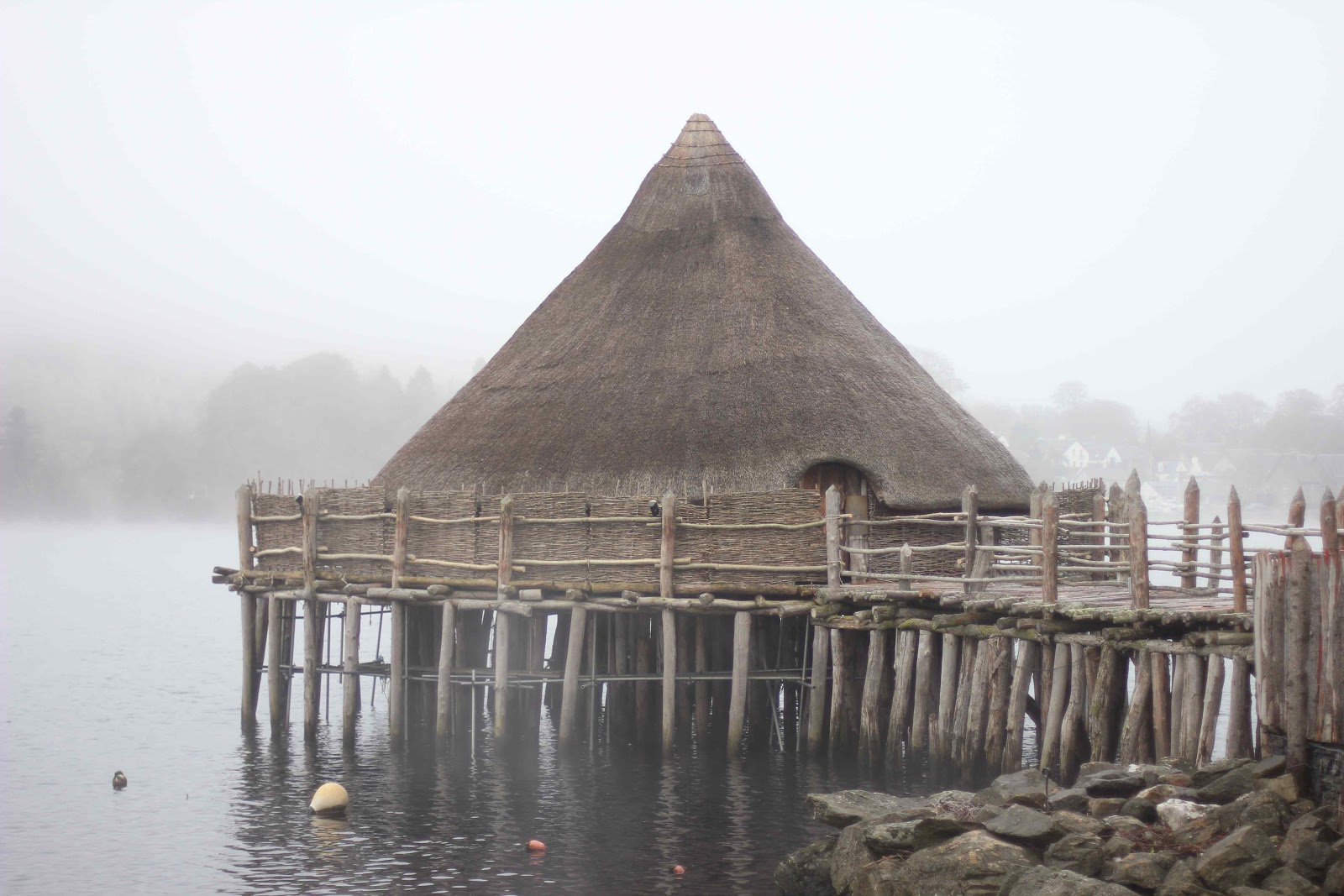 There's even a photo of it in the book. And there's a photo of the torc found in Stirling, a reproduction of which Father Christmas had recently tucked into my stocking. 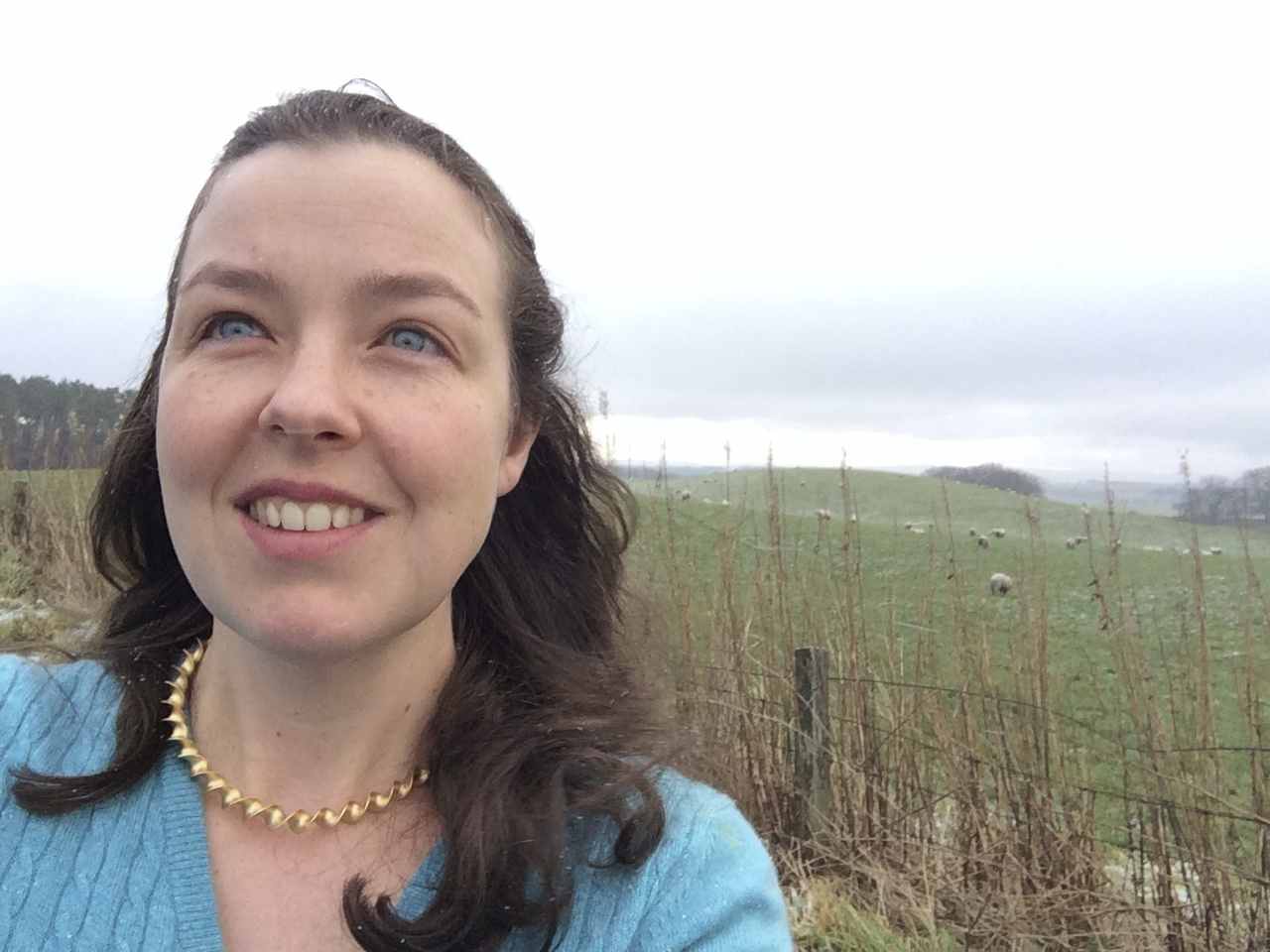 (Me with replica torc. Please note, white stuff in my hair is not dandruff. It is snow. After driving all day to see snow the day before, we got in the car to head down to England - and yes, this was A Bad Move, we should never have left Scotland - and it immediately started snowing. There is actually snow falling all around, you just can't see it very well in the photo.)

The real torc was found by a man who had only just got his very first metal detector and was trying it out beside his car before he started his real searching. The reproduction I'm wearing? well, Father Christmas got a decided nudge (elbow) at the National History Museum of Scotland.

I cackled (perhaps with a hint of hysteria) when towards the end of the book Oliver reflected that although he had read in many places that the Romans would have hated being in Scotland, he thought that many would have appreciated her wild beauty. He had travelled through Germany and Belgium after all.

Readers, I was on a train travelling through Belgium as I read that and a more boring, monotonous land scape I cannot recall. (And I have travelled through the flatness of Australian Desert for sixty non-stop hours.)  I also had a flu that was turning into a chest infection and was herding children totally over travelling, so possibly I was not in the best mood to appreciate it's dismal flatness, but yes. I looked out the window and it struck me how entirely right Oliver was. Any right thinking person would have been overwhelmed by Scotland's beauty, especially after travelling through the less naturally endowed low-countries.

It seemed like every page had something of interest I needed to tell Beloved about, or bookmark to use or reflect upon at a later date.

My copy, new just a few months ago, is now looking ragged and dog-earred and for some reason there's a chunk missing from the back cover (kids, I'm looking at you.) But I suspect I'll re-read it at least another three or four times.

And that's just this year.

The right book at the right time. Magic.

Posted by kirstyrosa at 1:57 PM