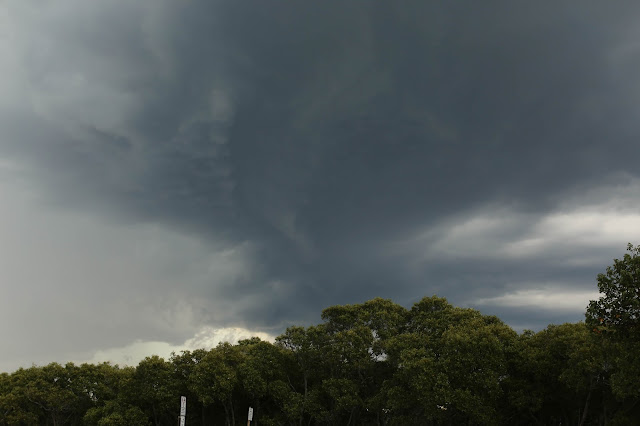 The day began hot and humid, and steadily became more hot and more humid. The sky became greyer and lower. We got into the car and headed for the beach, for the cool breeze from the sea.

And from the beach, as the kids ran and explored, we watched the storm roll over. Felt the first heavy drops of rain, watched the sea become pitted as rain began to torrent down, made the mad run for the car, delighting in the rain, worried for the Extravaganza's cast, inexpertly wrapped in a plastic bag. By the time we reached the car we were all drenched through, the camera and the cast - both in plastic bags, the only dry parts of us. The water gushing along the road, swirling around our ankles as we reached the car, was warm from stored heat.

As we pulled away I watched the rain pelt down into the atmospheric, still brown water of the mangroves alongside the road.

I am so deeply grateful for the cool relief, the drama and delight of the tropical storm. The muggy build up sucks. But the storm, o the storm! 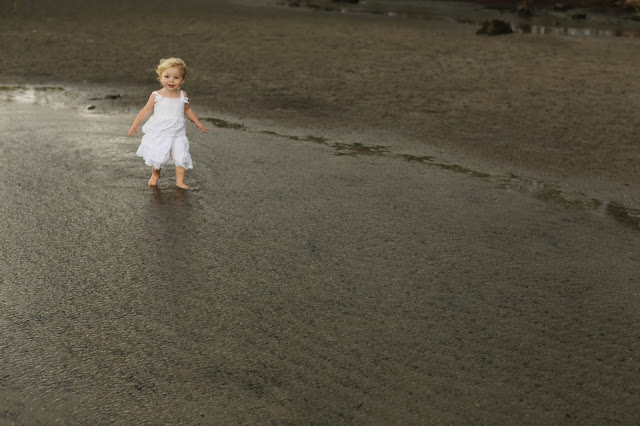 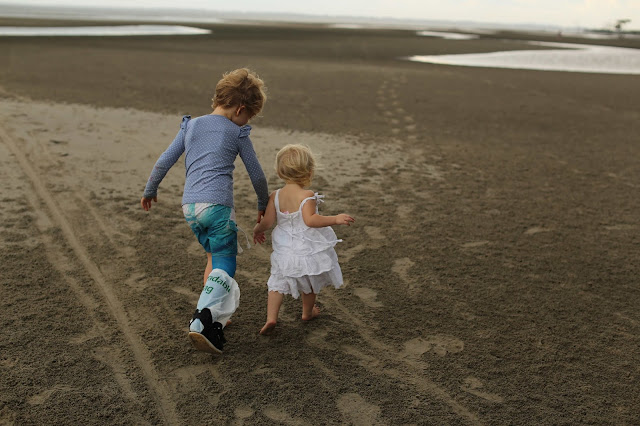 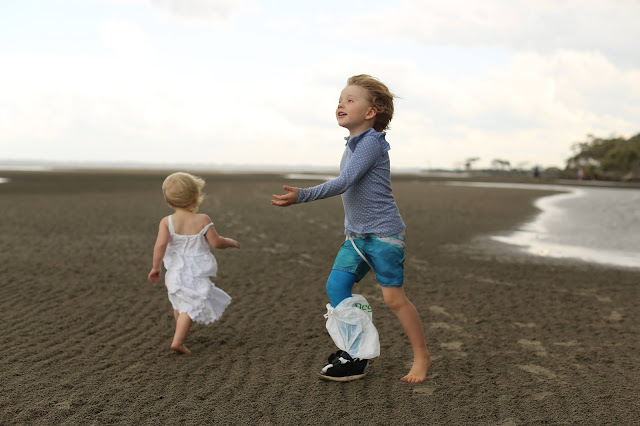 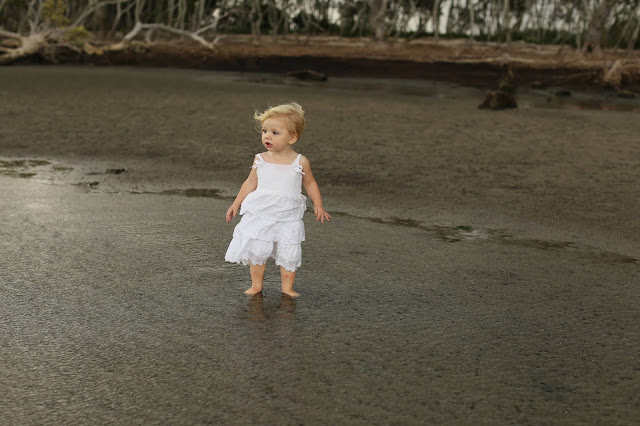 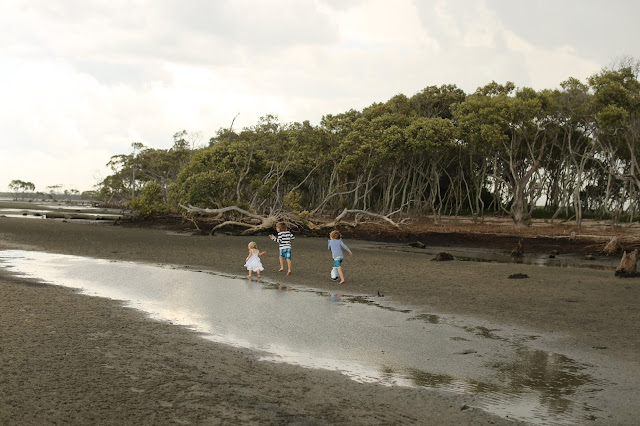 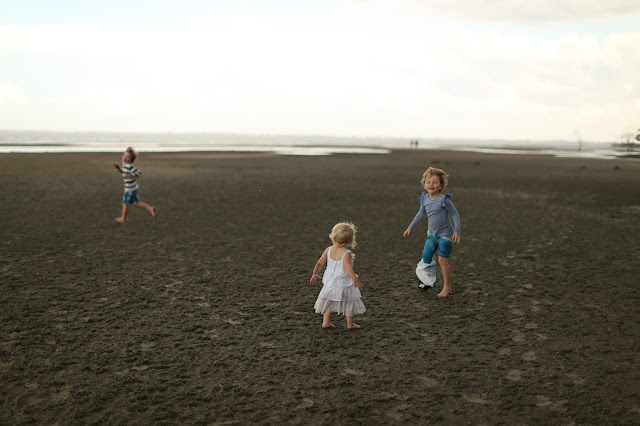 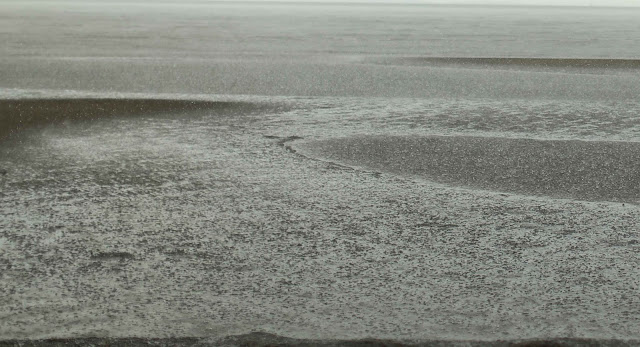 Posted by kirstyrosa at 3:18 AM

Email ThisBlogThis!Share to TwitterShare to FacebookShare to Pinterest
Labels: by the sea, Outside, Photos, Queensland, The Sea, the storm