... be sure to wear some flowers in your hair (Happy Birthday, Mama!) 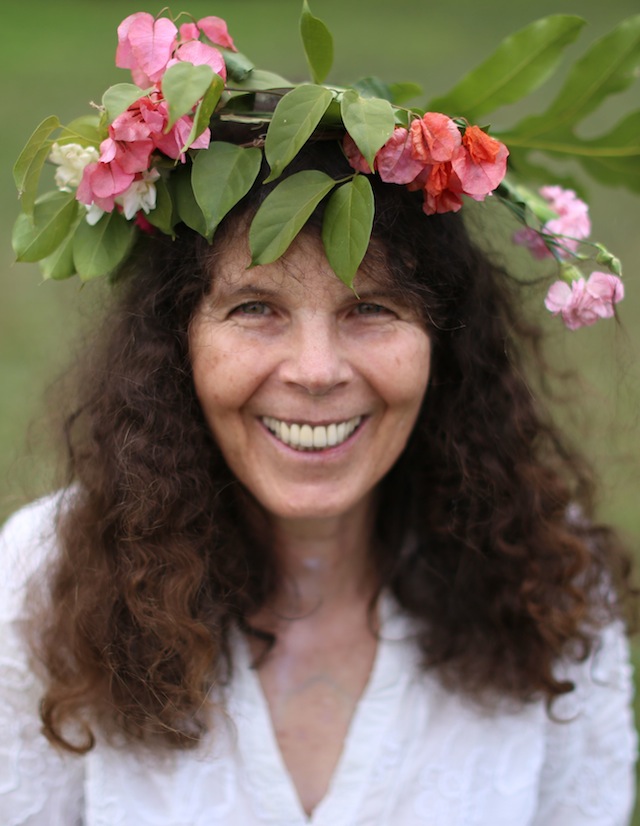 Just before the taxi came to steal my Mama & Papa away to the airport for their rather eventful* onward trip to East Timor, and after the sparklers had been lit and the cake eaten, I finally got out the flowers I'd gathered and we made celebratory birthday flower wreaths. Or garlands as we decided to call them after dad pointed out the funerary overtones of wreaths.

I was inspired by these gorgeous forest faery crowns over at She Who Rambles and thought joint celebrations for my Mama's July Birthday and my Extravaganza's August birthday was the perfect time to try them.

They did not turn out quite the way I imagined, but voila! photos of the be-flowered birthday girls (and Giggle Bear who kept running off with the garlands).

*My Papa got to the desk at Darwin airport for his flight to East Timor at three am, after waiting in the airport through the midnight hours since the flight from Brisbane, only to be told he only had four months left on his passport, not the required six, so he had to fly home to Melbourne. Poor Mama is in East Timor sans family for her birthday! 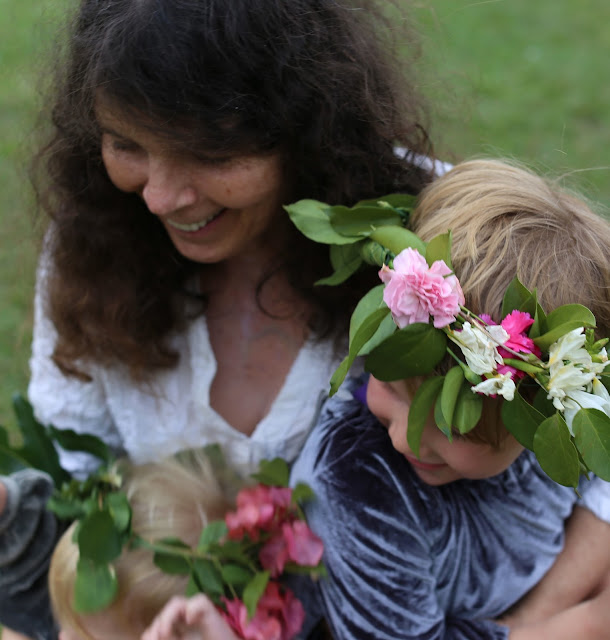 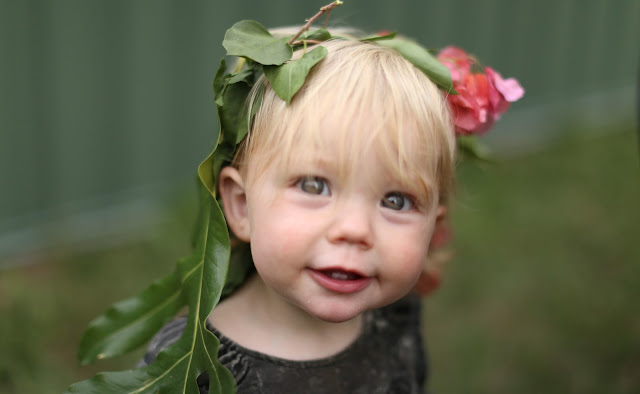 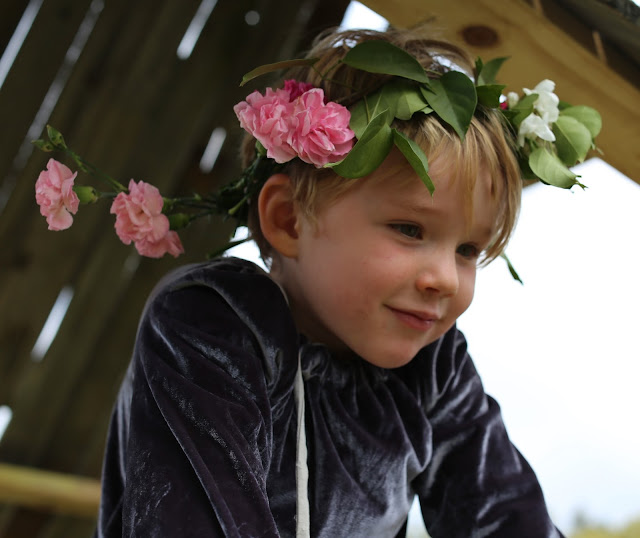 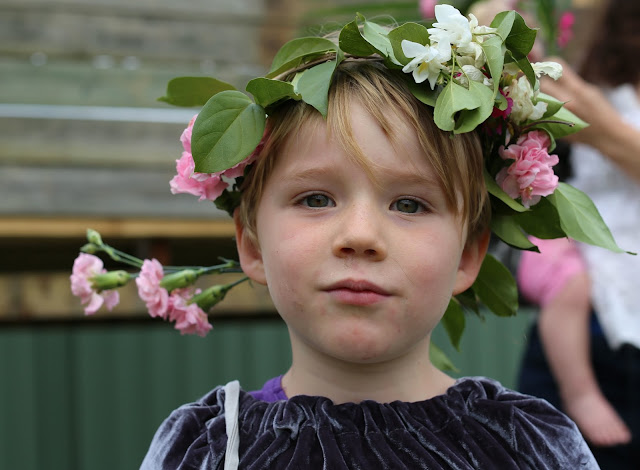 Posted by kirstyrosa at 7:16 PM