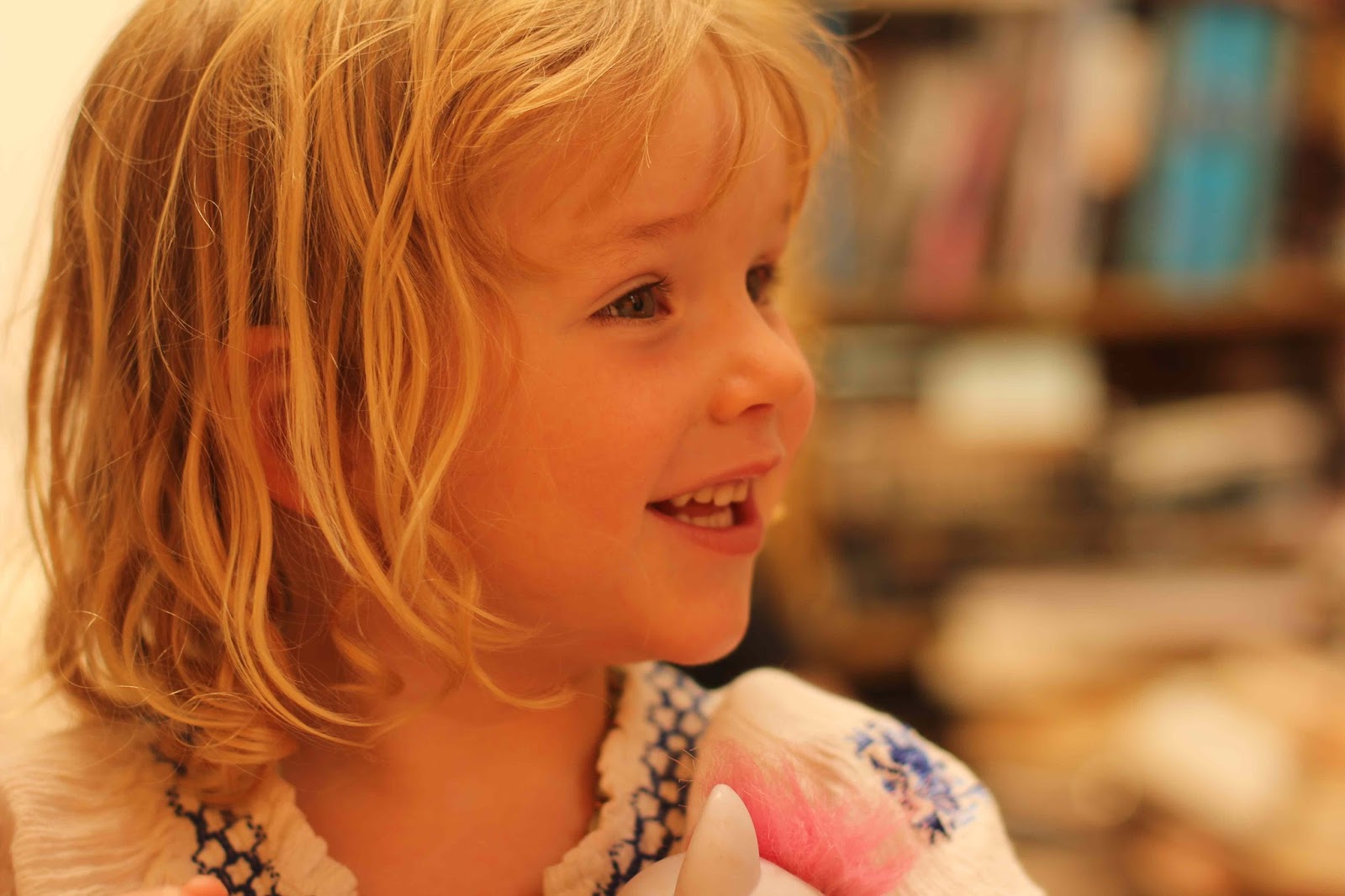 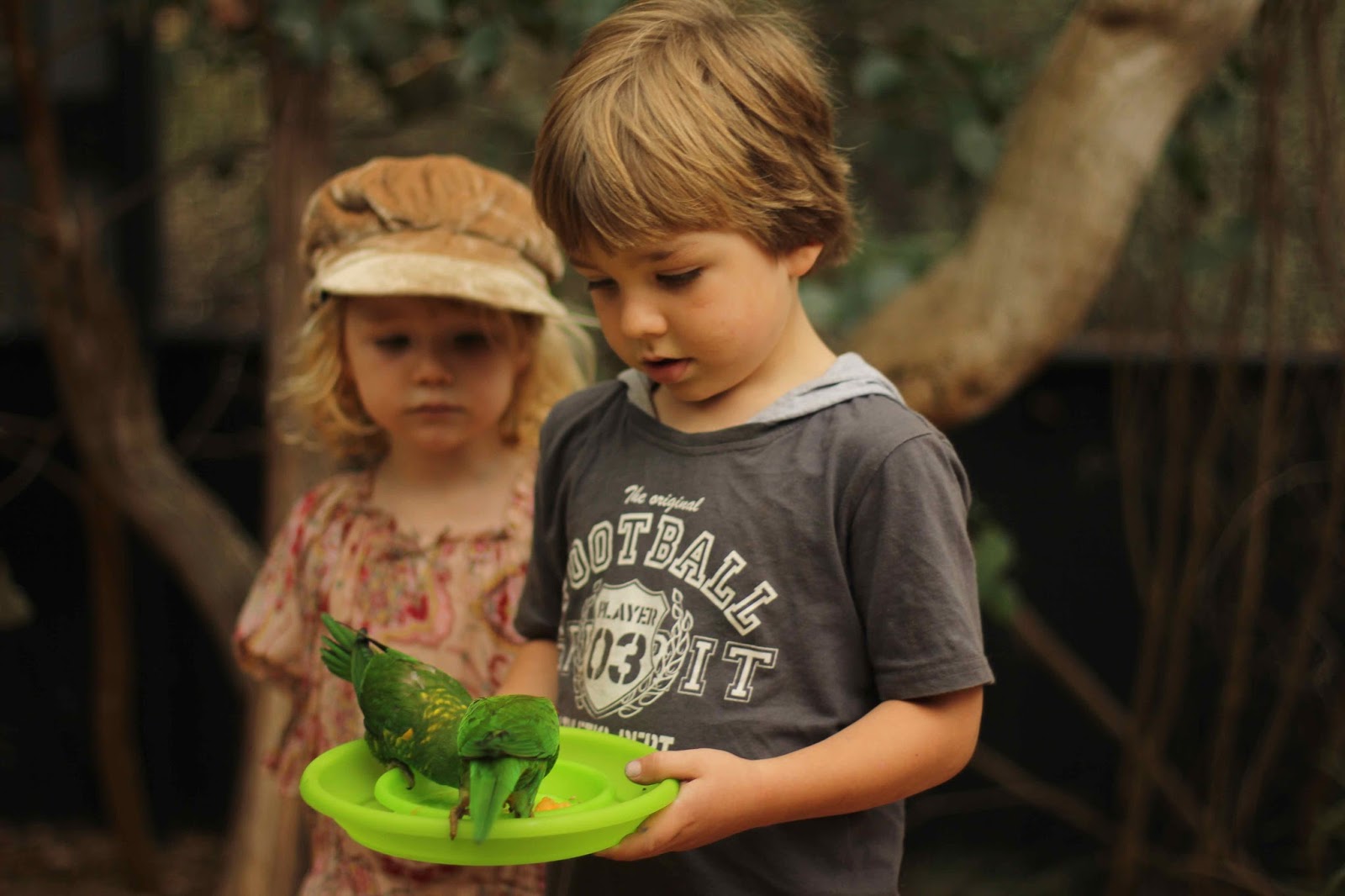 Poppet- joyful at Nana and Grandpa's. She's clutching Lullaby Moon, her beloved pony (although she insists she's a unicorn.) We had fifteen minutes of tears over Lullaby Moon not coming to Nana and Grandpa's and even turned the car around to return to the house (mainly for my swimmers, but while searching for said swimmers I also looked for Lullabye Moon.)  I returned with peace offerings of other ponies, which were rejected… and three minutes later Poppet found Lullaby Moon in a bag at her feet…

Sprocket - feeding the parrots at Healesville Sanctuary. They landed on hats and arms as well and the kids were entranced. Due to the smoke residents in our part of the world are getting free entry to the Melbourne Zoos and we took advantage of this to go to Healesville Sanctuary while we were staying with my parents. I am hoping all the places we've taken the Sprocket have (sort of) made up for the school he's missed while we've fled the toxic air.

Joining with the lovely Jodi of Practising Simplicity for a portrait of my kids once a week, every week, in 2014.
Posted by kirstyrosa at 3:19 PM

Email ThisBlogThis!Share to TwitterShare to FacebookShare to Pinterest
Labels: 10/52, a portrait a week, healesville sanctuary, lullaby moon, my Poppet, my sprocket, Photos