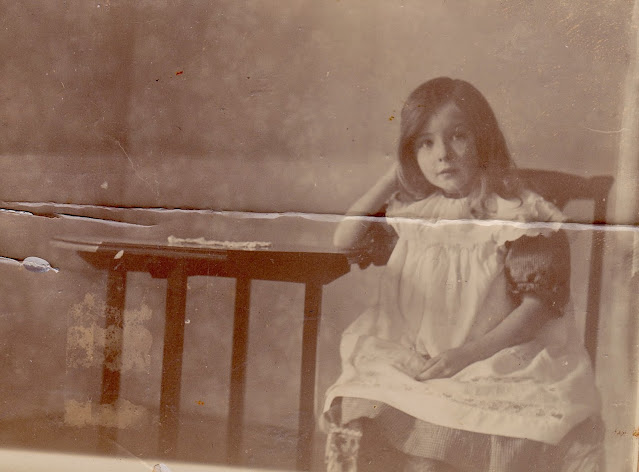 My great grandmother Constance travelled from Scotland to Australia to marry a man she had met four times, briefly, eight years previously, as a teenager at the end of the first world war.

I've often wondered what made her to decide to board the ship for the long journey. I know she stopped at South Africa, where her sister lived and her sister reminded her (pleaded with her?) that it wasn't too late to change her mind. A Great Aunt told me Constance had been expecting tall, blond, easygoing types to be her new family; her husbands' family were short, dark haired, and, from an article my granny wrote, constantly falling out.

When Constance arrived in Melbourne both parties were slightly shocked at the changes of age: he had a moustache, she had cut her long hair.

In the years between she met my great grandfather and finally married him, my grandmother finished her Master of Arts at Glasgow University, travelled widely through Scotland and Europe - venturing as far as Morocco and worked as a school teacher. In photos she looks happy, open and carefree, content with the world.

I love studying the sepia images and imagining the world in her time - her face seems so familiar - I so often see echoes of it in my children, and yet her experience was so different. And there's a sadness that and a change in the photos after her arrival in Australia that haunts me.

Photos taken after her voyage to Australia depict a different person. There is constraint, sadness, weariness. Sometimes it seems to me as if she folded herself up inside.

She told my other Granny - her granddaughter's mother-in-law, also from Scotland - that when she first arrived in Australia she would pace up and down her garden, desperately homesick.

I do not think it made things easier that her husband was her first cousin once removed - much of his family also her relatives.  Their shared ancestors came from farms around Knockando - a place known for it's beautiful Pictish carvings. (Although I have wondered if some of the neuro-diversity in our family is the result of the close relationships...) The distance in culture, landscape, lifestyle, climate was so vast, and so many of her freedoms, choices and possibilities were suddenly curtailed.

My grandfather was intelligent, hard-working, whimsical, inventive, generous. He lived more closely to his ideals than just about anyone I have known - except perhaps his daughter and granddaughter. He gave unstintingly of his time and money, he worked ceaselessly to make the world a better place and to serve the people around him. When he decided that making money through property was unethical he sold his properties at the same prices he brought them for decades earlier. He didn't drink, smoke or gamble - and thought widely and with lively curiousity on the world around him.

However, I think in many ways his idealism and high standards are what would make marriage to him so difficult. It is difficult to be idealistic amongst the very physical world of childbirth, lochia, breastfeeding, nappies, sick and crying children, the constant cleaning of bodily fluids, of scrubbing nappies, and stripping bedding, and being up all night with crying babies, and the constant cleaning up after the children, and making sure the children are scrubbed and cleaned and looking appropriate - when children generally don't want to be scrubbed and clean and looking appropriate.

And my grandmother bore three daughters when her husband - most desperately - wanted sons.

I often wonder what it was like for her, with three small children and her family on the far side of the world. I wonder what her births were like, how it felt when she was in the middle of the nappy wars before the age of washing machines. She did have maids - but before the time of washing machines, vacuum cleaners, fridges, instant meals, I can't imagine that even with maids she had any time that wasn't spent in cleaning, feeding, washing, making, mending and organising.

I wonder how often she remembered the days when she. ran a mile to catch the train into Glasgow, then hopped on a tram to reach her university, to spend her days in learning, discussion and debate with people her age - albeit people who had recently been through the first world war (one of her brothers died of enteric fever while fighting in the desert) and the Spanish Flu.

It is almost inconceivable that my great grandad was present for the births of his children, that he changed nappies or tended to children crying in the night. His world and hers diverged in almost inconceivable ways - he to the office every day to rule with graciousness and have people quickly do his bidding, to make judgements and effect the running of the state and country - and her to the harsh physicality of rearing young children, to being judged if her children's clothes were too stained, or she didn't have a hot meal waiting when her husband returned from work.

In her new life Constance never wanted for any physical thing - all the photos depict her beautifully dressed - and yet - her first two children were born a year apart and my grandmother, her eldest daughter was not an easy personality and I suspect was not an easy child. I'm not certain, but I suspect her pregnancies were as difficult as my mother and grandmothers' - nine months of constant, severe vomiting.

It's easy to build up stories from a. few photos, a scattering of facts, some conversations well after the events occurred.

It is easy to see the world through the prism of your own experiences and biases, and yet, I do want to try to balance the story. I'm fascinated by the stories of birth, of childhood, of the choices surrounding them, that go unwritten but that are the beginning of lives and the turning points of lives. That are both miraculous and brutal, traumatic and heartbreakingly beautiful.

In later years Constance became Lady East - as my great grandad was knighted, but her grandmother - Jessie Gow - born in 1801 - was  illegitimate.

Jessie Gow's mother, Helen, came from a tiny hamlet up in the north of Scotland called Birnie. With her daughter she went to the largest nearby town - Elgin - and settled in to try to make a life as a single mother in early nineteenth century Scotland. Helen succeeded, as she lived and her daughter lived and her daughter married and had three daughters. But 'illegitimate' is scrawled bluntly on Jessie's death certificate. It is not something my grandad could have missed, but it is something he chose to leave out of the four, hefty, painstakingly researched volumes.

Helen having a child out of wedlock affected the family for generations - we'll never know the truth of what happened. It's difficult to even work out who Helen's parents were - a jig-saw puzzle I keep nagging at. 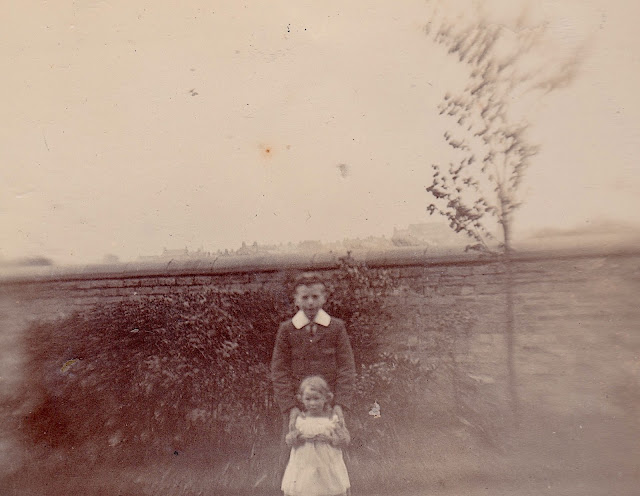 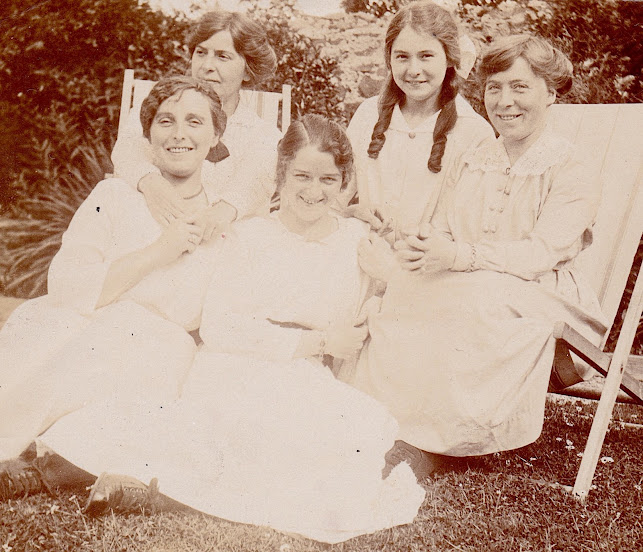 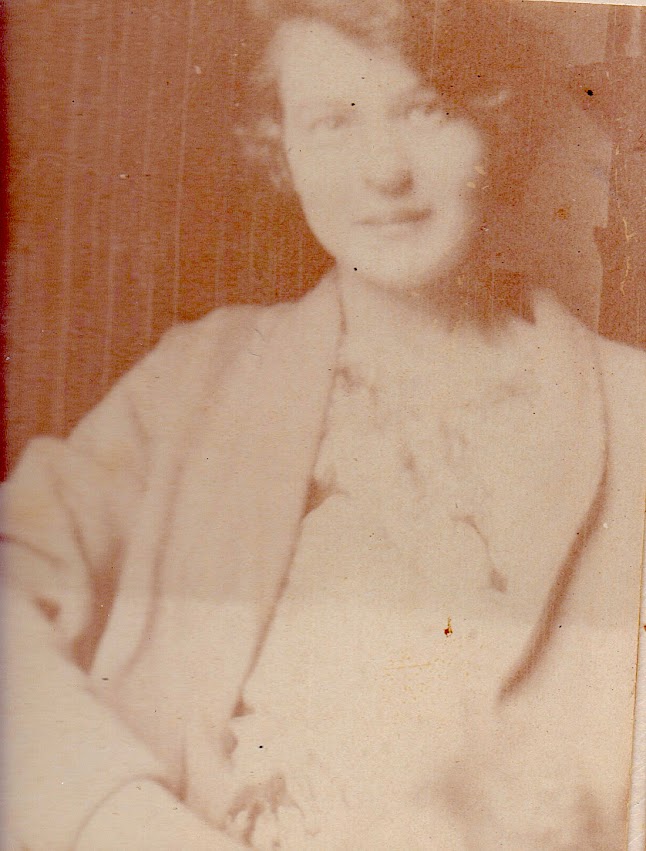 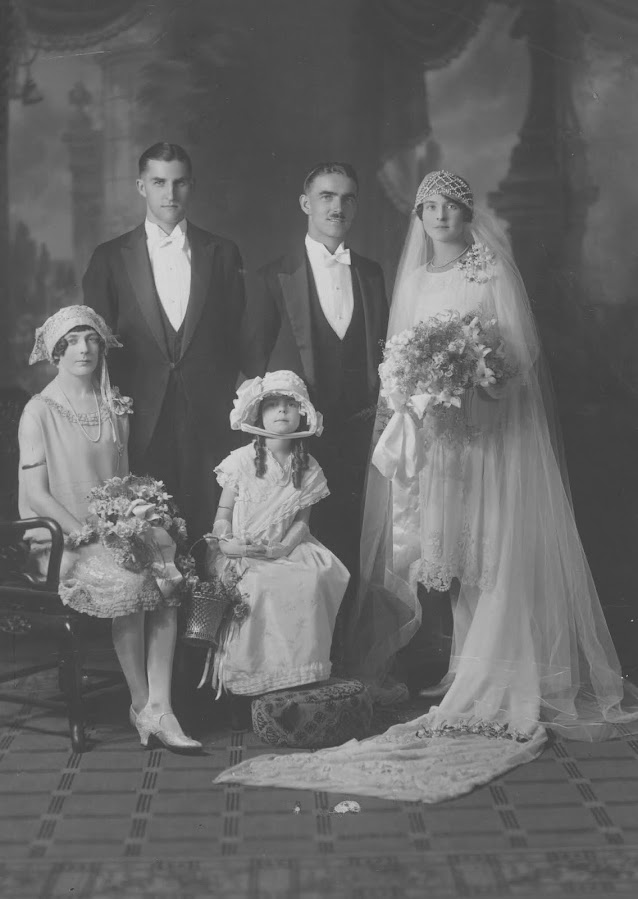 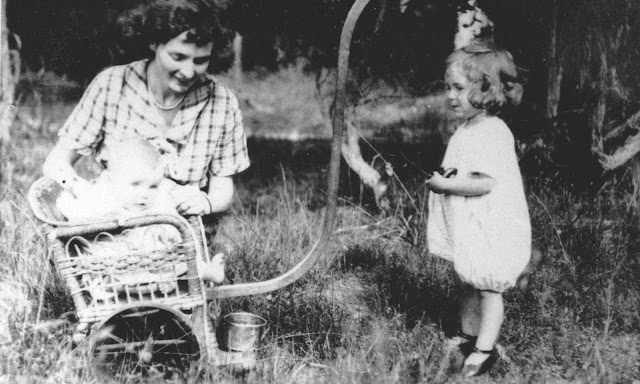