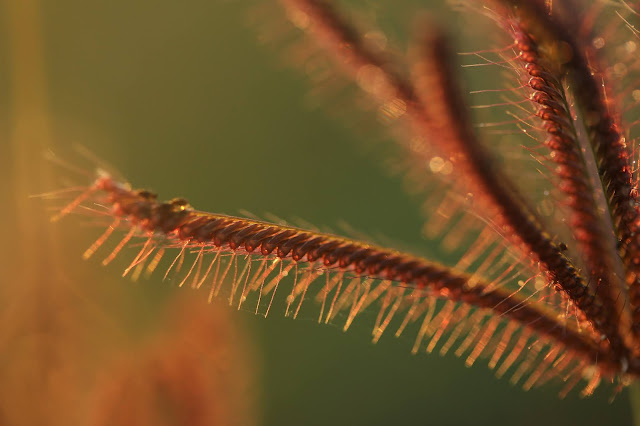 In the car - where many of our discussion take place - the kids and I were discussing the colour of grass. We say grass is green, but we look out the window and see that there are golden and brown grasses, pinkish, purplish, white and silver tinged.
My obsession with grasses is entrenched now. My realisation about my ignorance about them has been lowering. For example, if asked, I would have sworn grasses must have been one of the earliest life forms. It appears not - according to a cursory reading grasses are a mere fifty million years old. Spiders - at around three hundred million years old are by far more ancient.
Despite my ignorance, I am enjoying studying the unexpected forms and colours, and observing the bustling life within each stalk - much of which I don't truly see until I upload the photos to the computer. 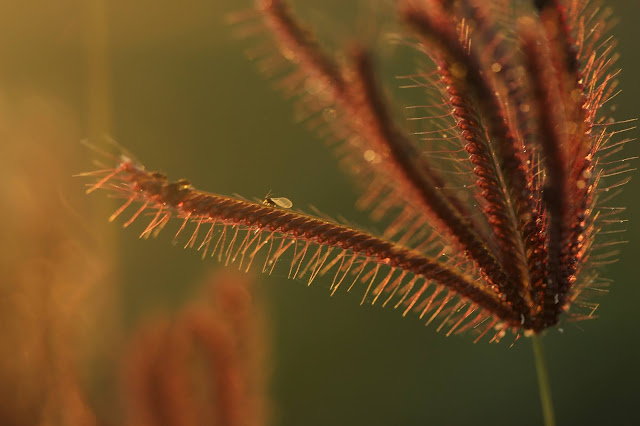 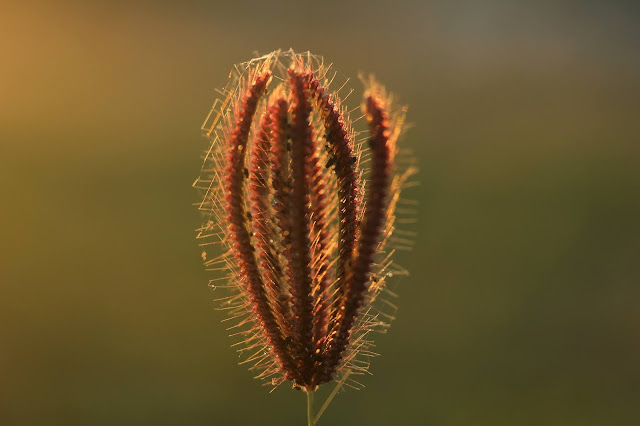 Posted by kirstyrosa at 5:04 PM