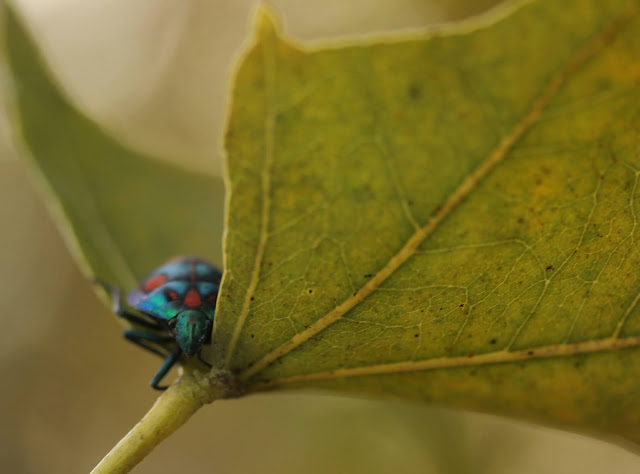 She's a little baby jewel bug - spotted at the very tail end of my morning walk.

My dogs became impatient as I stopped to admire her - and succeeded in completely tying me up - their leads criss-crossing around my knees, but I do think she was worth it.

Some googling when I returned home (thank you Queensland Museum) told me she's a 'Hibiscus Harlequin Bug Nymph' - the nymph because she's only a baby, her parents having quite different colouring.

It took me awhile to see her little eyes when I was photographing her - but when I uploaded the photos I was quite won over by her sweet and plaintive, slightly lugubrious expression.

My Great Grandfather told me stories of a magical Goldie Beetle who would shrink children to his own size and take them on adventures - while she isn't Golden, I do love the rich colours of her metallic sheen.

I could believe she had magical powers that led to adventure. 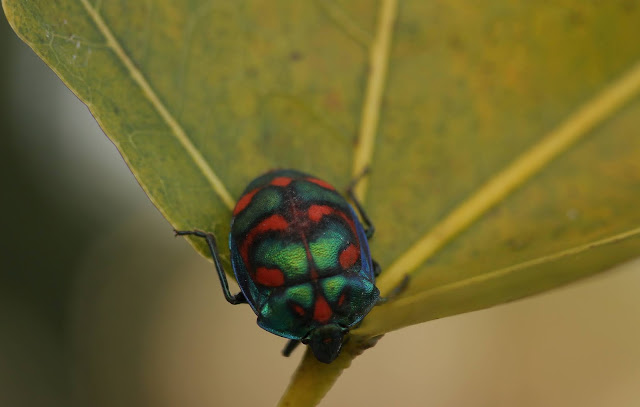 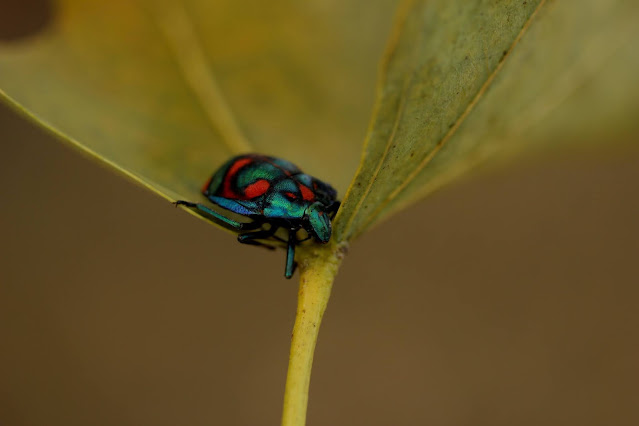 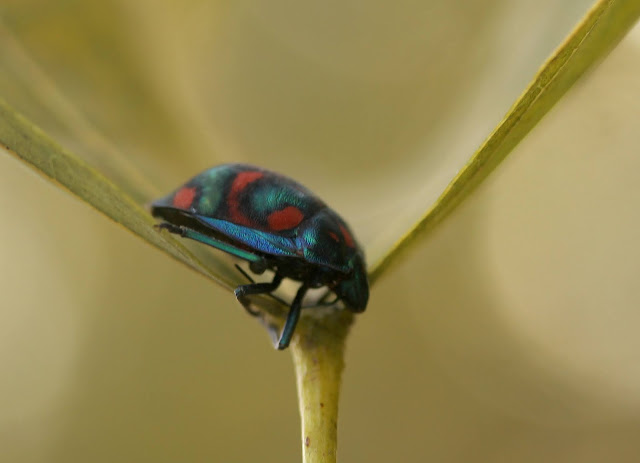 Posted by kirstyrosa at 6:27 PM