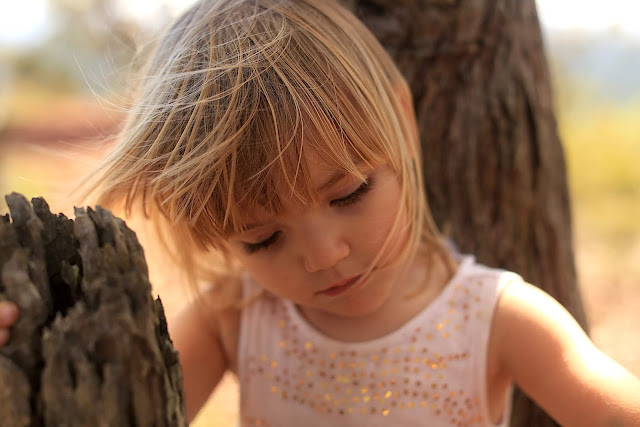 Reluctantly, but not (quite) tearfully, I have been forced to admit that our littlest one is no longer a baby. Or even a toddler. She is not, as she assures me, a dinosaur, to be specific a brontosaurus, or occasionally a pterodactyl (but not a t-rex). But she is no longer a baby.
Our littlest one turned two and a half recently.
I figure at two you are still so young that half years count so I paused to reflect.
Our Anna-saurus is feisty. She is determined. She is humorous. She is joyful. She is wondrous. She is adventurous. She is imaginative. She is brave. She is affectionate. She is giggle-some. She is a spectacularly bad liar. She is co-ordinated. She is communicative. She is a climber. She is protective. You're never in any doubt about what she is thinking or feeling or what she wants. She is creative.
It is completely impossible to imagine the world without her, but it is equally true that four kids is the handful everyone comments on when we go out. Four kids - some with challenges - is more than a handful. But our Littlest is still the best decision we ever made. (Along with the other three.)
I cannot imagine being without her expressive mimes, hand-hiding-her-mouth-giggles, awed 'Wow!'s,  fierce kisses and plentiful hugs. She completes our family.
She is now entirely one of the tribe. (Or pack. Maybe pack is more truthful. A rather wild and wilful wolf pack. Except with less order.)
She is her big brother's favourite. On account of her savageness and penchant for biting. He gives her lee-way in a way he wouldn't dream of for his other sisters. He gives her piggy backs and if they team up, he's on her team. Which isn't fair, because they are by far the toughest.
She is her five year old sisters best friend and near constant companion. They spend hours in the garden together making mud-messes and climbing trees. Part of the reason we decided four was the magical number for us was so our five year old wasn't left out as her older siblings are very much a team with similar interests. And it worked. Although our Anna-saurus is frequently too rough with her much gentler older sister, they love each other fiercely.
She is her eldest sister's toy, experiment, puppy and cuddleupagus. She is read to, taught gymnastics, carted around and made into a fashion show. Her big sister is amazing at helping locate her, and make sure she hasn't escaped, or got into the eggs again.
Anna-saurus is afraid of nothing except pelicans (and possibly me disappearing.)
If someone comments on what a pretty girl she is, she shakes her head emphatically and Rarrr!s. She is clearly a dinosaur. Or sometimes a puppy.
She can climb to the top shelves of the inbuilt wardrobes and I often find her hanging out up there, looking down on the rest of us. She loves to crack eggs. I don't think she has a partially for carpet, but it definitely seems that way. I now hide our eggs at the very back, at the very top of the corner cupboard. She adores drawing on walls. And herself. Luckily crayons nowadays wipe off easily. Running away giggling and going 'na-na' is just about her very favourite thing. Particularly if we have to go somewhere in a hurry. In which case she'll run and joyfully hide under the bed, or circle the car.
Her favourite songs are 'open shut them', 'incy-wincy spider' and 'there were ten in the bed,' but she also adores all variations of This Little Piggy. (I get bored with pigs, and tend to move on to fairies, possums and dinosaurs, who climb gum trees, fly, and eat cup cakes and blossom)
Her favourite books are Baby Cakes and Curious George and anything about dinosaurs.
If I let her she would watch Peter Rabbit and Dino Dana - a show about a young girl who studies dinosaurs -  all day long.
I often wonder what my children will end up doing with their lives - so young it's impossible to tell, but as long as my Annna-saurus never loses her mischief and joie de vivre I'll be very happy. 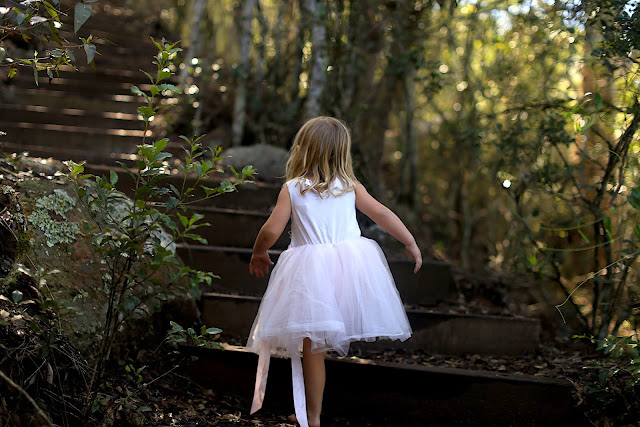 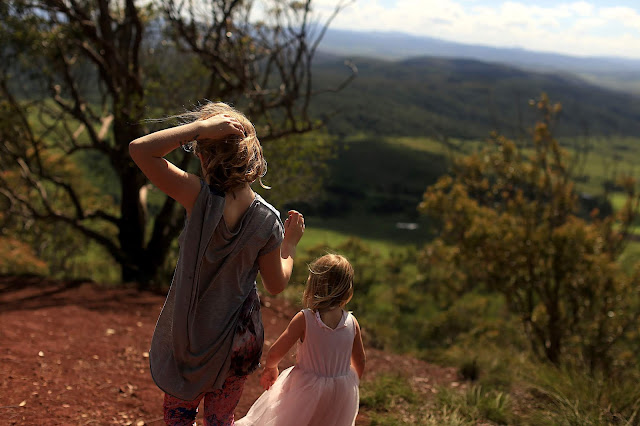 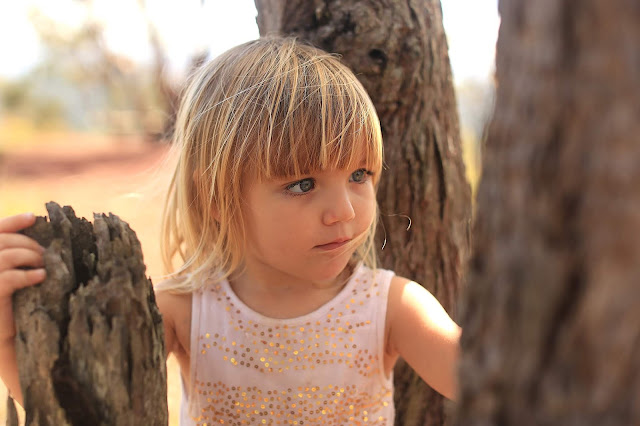 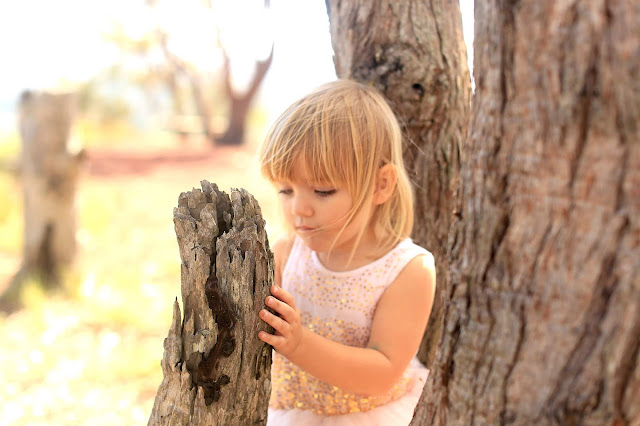 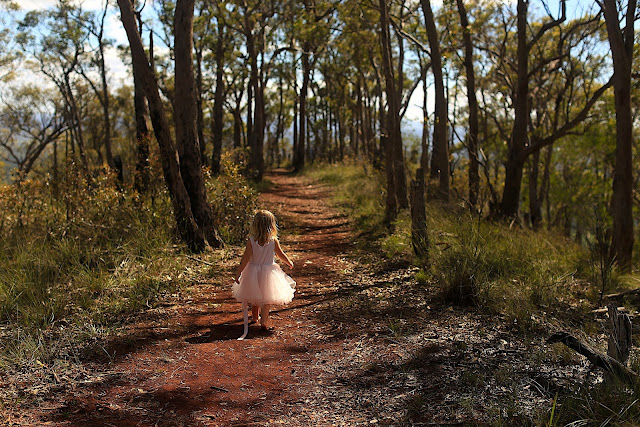 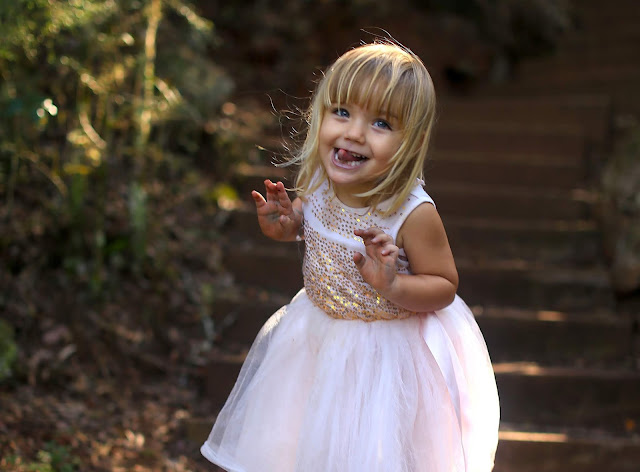 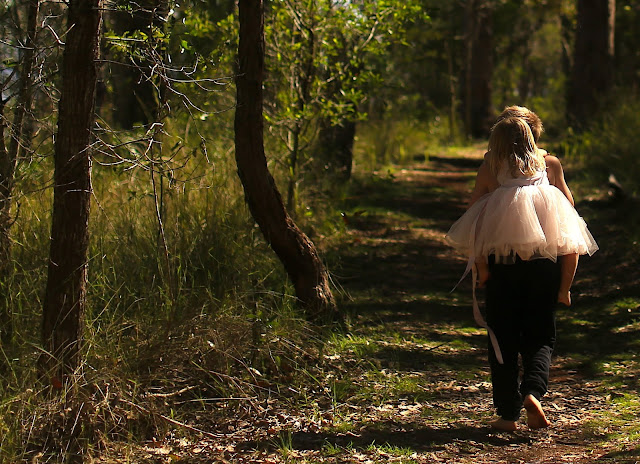 Posted by kirstyrosa at 7:21 PM