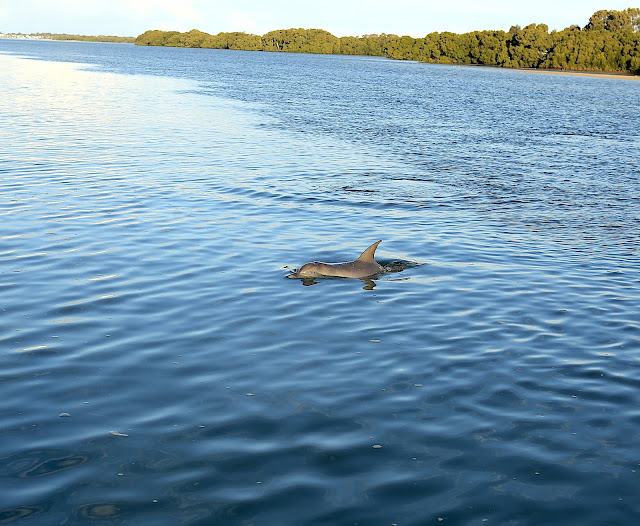 Fishing at the river-mouth, on a lazy wintry (huh! this is Queensland) afternoon. Despite the foreshore being on-lead-only, we brought our noble hound. I might be able to re-attach my arm sometime soon as there were soooo many things he needed to check out - pronto!

However, it was all worth it, as I'm convinced it was his presence that lured the dolphin (and, I believe, dolphin pup) into swimming close to check us out.

Obviously, we caught nothing, except photos, but I do like seeing the cast net being thrown and the Glasshouse Mountains looked stunning. 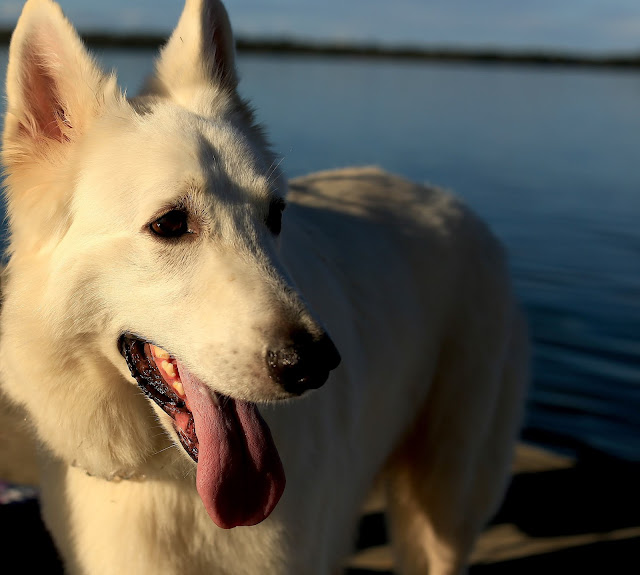 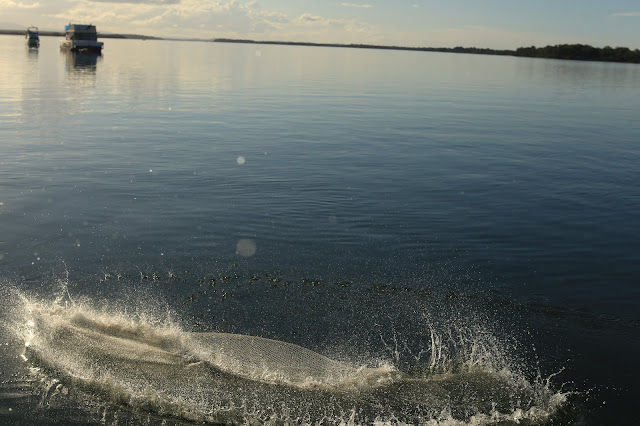 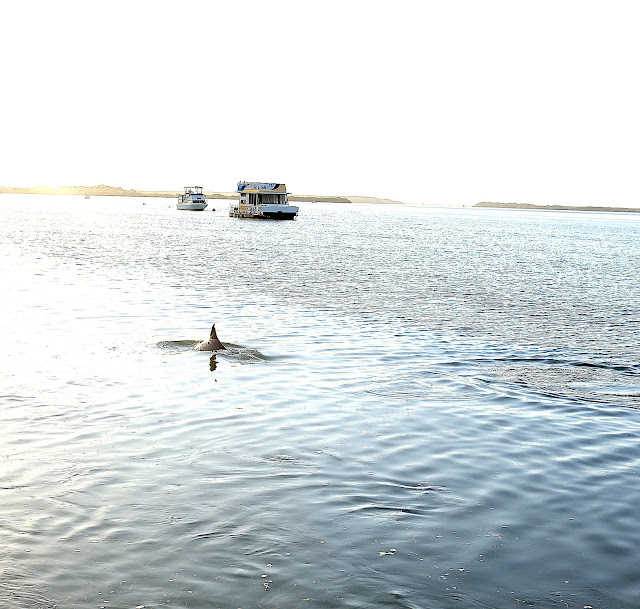 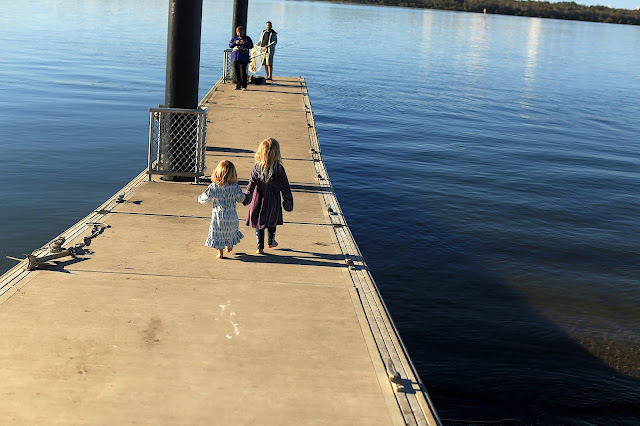 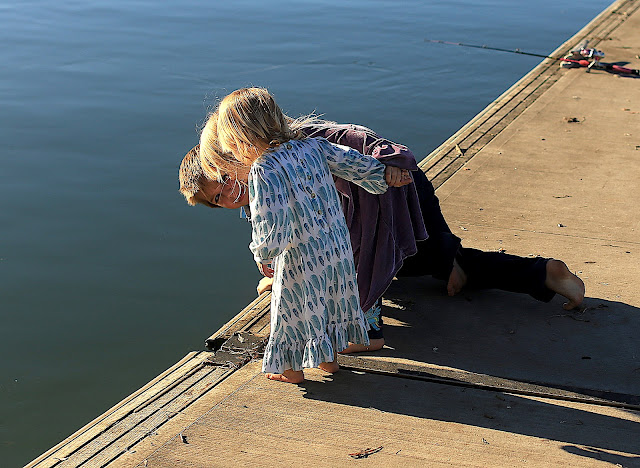 Don't fall in little one! She skitters around at a run like a crazy drunk (buzz not jumping in after her, there's serious amounts of slime in there) but so far hasn't fallen in. 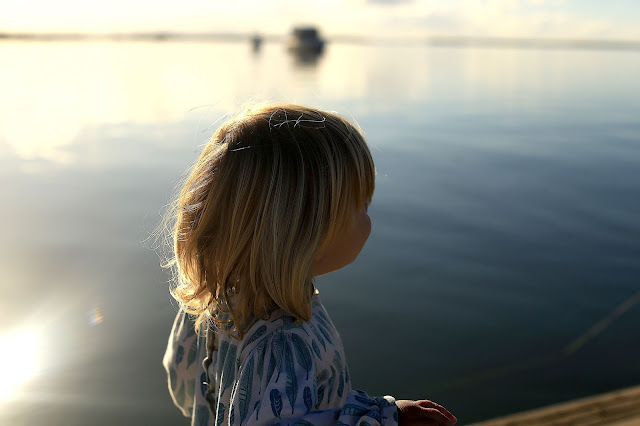 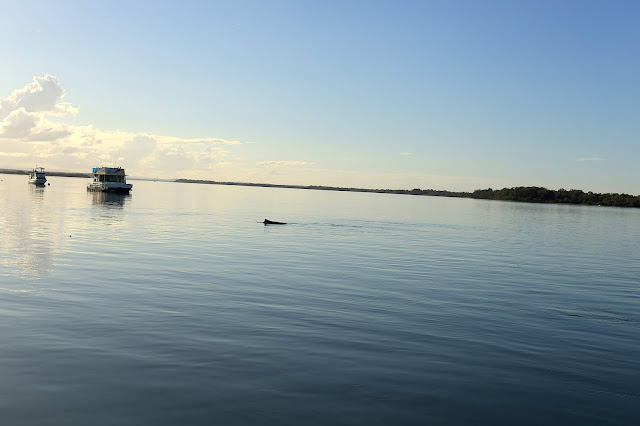 That triangle is one of the dolphins! - looking out to the opening to Pumicestone Passage and beyond to Bribe Island. 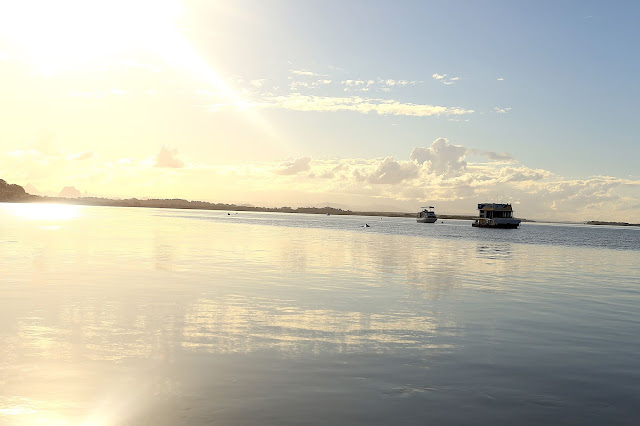 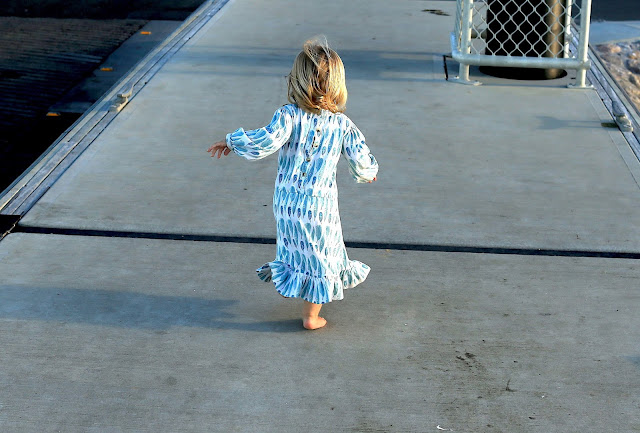 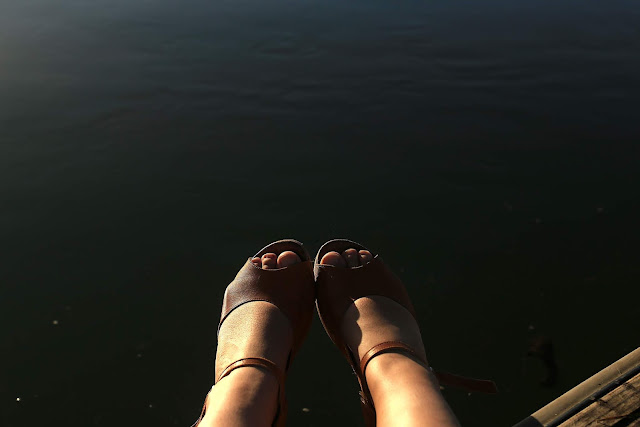 Self-Portrait. Enjoying the sun. And yes, heels are a bad choice when you're being yanked by a headstrong dog, but all my sensible shoes have gone on adventures and are in need of de-mudding, drying out or re-stitching! 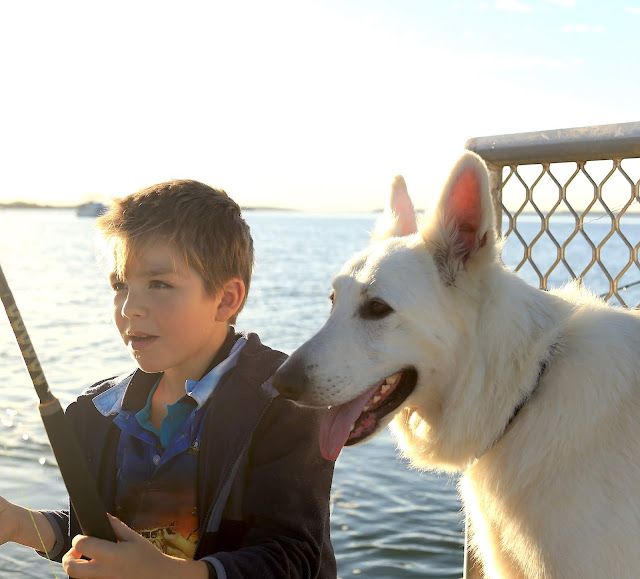