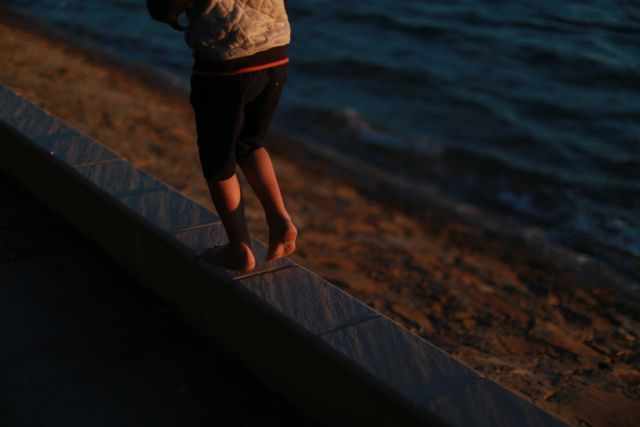 It's something I've um-ed and ah-ed about writing about, because although I have no problem with TMI myself (want to hear all about my prolapse? - more than happy to tell you - at length. Oddly, no one does...) but I tend to think my kids privacy is different. Thus the pseudonyms. On the other hand, I also suspect that out of all the massive overload of information out there no one is particularly interested in my precious darlings. I have serious doubts that in twenty years when they grow up anyone will be sufficiently interested to check out their mama's blog. If computers are still a thing then.

And Adventure Boy's diagnosis is such a massive part of our lives. The elephant in the room. We spend so much of our time travelling to appointments, researching, working around, talking with teachers and specialists and basically stressing out. So much has been destroyed - and I'm talking tens of thousands of dollars worth of casually ruined everything.  I expect so much more of the Extravaganza, forgetting so often that she's still little, and she puts up with so much because she is so much more responsible. So many things are out of the question, and have been for so long, because it's just not something you can do with a hyperactive kid and still keep sane.

Attention Deficit and Hyperactive Disorder is a difficult thing to diagnose. Where's the line between normal high spirits and a clinical disorder? If a kid doesn't listen, is constantly on the move, can't sit still, has the memory of a gnat and the impulse control of a 'cocaine addicted lab rat' (to quote one author) is this just a hearing impaired, highly kinaesthetic kid, or is it something more?

Adventure Boy was a wonderfully mellow, happy, easy-going baby. Soon he was a roly-poly laughing little bundle of delight who loved all his story books I religiously read him every day.

And then... at about twenty months he stopped listening to his story books and started wanting to climb the walls instead. If I turned my back for a second he'd climb into the kitchen sink and upend the compost on the floor, or climb up on my desk and pull the computer down on himself. If he got into the bathroom he was guaranteed to flood it. He worked out child locks in seconds and was a master at pulling over chairs to climb up to reach what he wanted. Nothing was safe from him, and he'd test everything to see how it worked and to pull it apart. Bookcases were for climbing, curtains were for climbing, also door frames.

As time went on, it began to feel as if we were in a state of siege, with things constantly being destroyed. Outside, where things can't be destroyed so easily became my mantra, but it did mean that things like story reading and craft, things I'd spent the last fifteen years preparing for, fell by the wayside. The thought of taking him to a library story-time (even though I'm a kids services librarian) was laughable.

It isn't that he's malicious about it at all, it isn't that he wants to upset us - he just can't be still. If he's sitting he's kicking his legs and his hands are moving out to fiddle with, and generally pull apart, something.

Kindy started, but he lacked concentration and found it hard to do the activities set out, or to interact with other kids, and would wander aimlessly from activity to activity. School started, and despite having a great teacher, lovely teaching assistant and a small class of thirteen, he found it almost impossible to sit still on the mat, instead rolling around on the floor, or reaching out to touch his classmates.

And yet... he was young to start school, and we'd recently discovered he had long term, significant hearing loss. The thought of my little boy living in a world half-heard, half-understood was heartbreaking, and, at least for me, made so much sense of his behaviour. Not being able to hear he'd lost critical milestones of communication, peer interaction, language. While he now had grommets, it was no wonder he'd turned to a more active world, no wonder he often didn't pay attention to our instructions - he either didn't hear, half-heard, or only heard when we were on to our fifth reminder and were trying very hard not to yell.

Moving state, we had him repeat prep as socially and academically he just wasn't ready to move up. But while in his first year of prep he'd been eager to please his teacher and happy, a few months in a large class with unsupportive teachers and he was disruptive and playing up, and also just not learning. It got to the stage I was talking to the teacher almost every afternoon, and spent the whole day in dread.

We changed schools to a much smaller, more supportive school, but I still cried when the guidance officer at the new school said - as if it was a certainty - that he had ADHD and ODD was on the spectrum, and had dyslexia and a sensory disorder. These were things we'd never considered. Yes, he was having behaviour issues at school, yes, he wasn't progressing, but all those labels? As well as his long term hearing loss it all just seems too much for one little boy. Not that I disagreed with them - just all of them together seems too much.

We took him to a paediatrician, who took a long and detailed history and then referred us to a child psychologist. I blinked a bit when I saw that the psychologist specialised in Autism Spectrum Disorders as well as ADHD. We had considered ADHD, but autism hadn't really occurred to us - he's so affectionate and communicates so easily with us.

Another detailed history, teachers and us filling in great wads of forms, two long testing sessions later and the reports came back - he's (probably) not on the spectrum, but while he might not technically have ADHD - it's an imprecise thing and his hearing loss and language delay make it difficult to be definitive -  he has 99% of the symptoms.

I began reading up and quickly discovered the vast difference between paediatrician's views of ADHD and psychologists views on ADHD. On the one hand, paediatricians tend to view it as a biological disorder, psychologists tend to view it as a result of environmental factors. (It's the mum's parent's fault, basically.) Both sides seemed to have very strong views on the matter. It appears that schools tend to push heavily for medication (having a hyperactive kid -or two, or three - in your class must be a complete nightmare)  and mum's tend to rate their kids hyperactivity and attention deficit problems more highly than dads. Both things were certainly true for us.

Reading parenting books the one thing that is stressed is that more important than intelligence and just about anything else in a child's future is his or her self-regulation. Starting from that good old marshmallow test (damn it) when the kids who managed to wait fifteen minutes to eat the marshmallow and so get two, when followed up in adulthood were seen to do substantially better in life than kids who ate the marshmallow straight away. Every subsequent study reinforced that.

My little boy would not just eat the marshmallow in the first second, he'd then ransack the room, climbing all shelves, for the marshmallow bag. This is a thought that keeps me awake at night. Is he doomed at seven? Many studies appear to say yes.

We've started him seeing an occupational therapist to help with his self regulation, he sees a speech pathologist to help with his language delay. We've looked into fish oil tablets and dietary changes (the evidence is poor) I've gone to parenting classes and read dozens of books and articles, all of which give conflicting evidence and advice.

Now, I think we're finally on track. I'm still not sure about the different diagnoses (neither was the psychologist, or the paediatrician) but I am sure that the things we're doing are helping, and no matter what the diagnoses, it would be the same things we'd be doing so end of the day - exactly what it is isn't much of an issue.

I'm still not entirely sure about posting this - is it too much an invasion of privacy? will it have negative effects later on - but it has such a massive impact on our lives - possibly the biggest impact, that it seems odd to leave it out. And I doubt it comes as any surprise to anyone who's ever met Adventure Boy or read this blog long term.

And maybe someone will read this who's going through the same kind of things and not feel quite so alone.

Posted by kirstyrosa at 9:59 PM