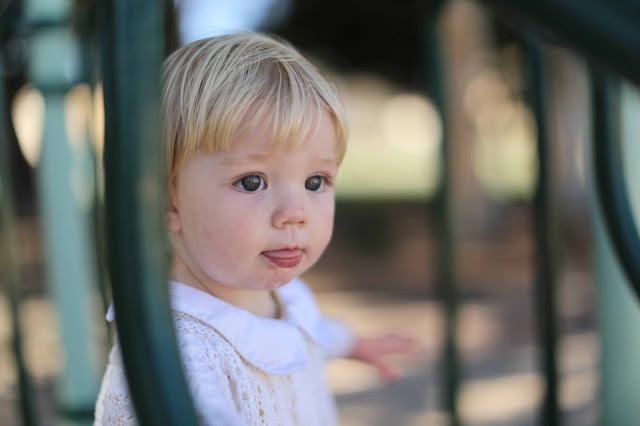 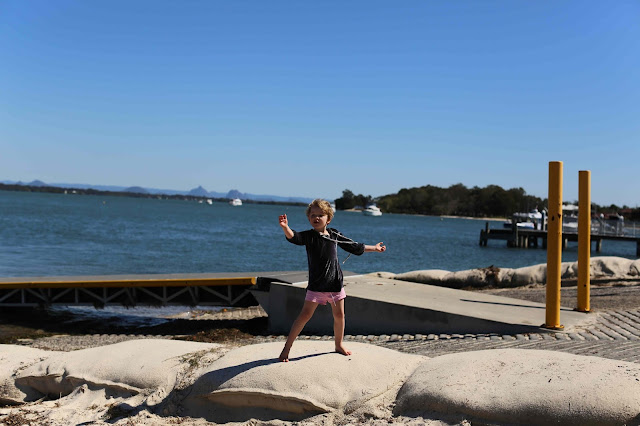 The Extravaganza - posing by the sea. We had a gorgeous morning along the shore - watching pelicans, playing on playgrounds and then ice-creams - but then just as we were leaving The Extravaganza fell off one of the standing whizzy-dizzy things at the playground and everything was blood and tears. It all changes so quickly. She's better now, but we needed to go to the doctor and the poor little thing had a big shock.

Joining with Jodi for a photo of my littlest ones once a week every week in 2015.
Posted by kirstyrosa at 5:17 PM

Email ThisBlogThis!Share to TwitterShare to FacebookShare to Pinterest
Labels: 35/52, by the sea, Photos