Bounce - How Champions are Made by Matt Syed

Bounce, How Champions are Made by Matt Syed 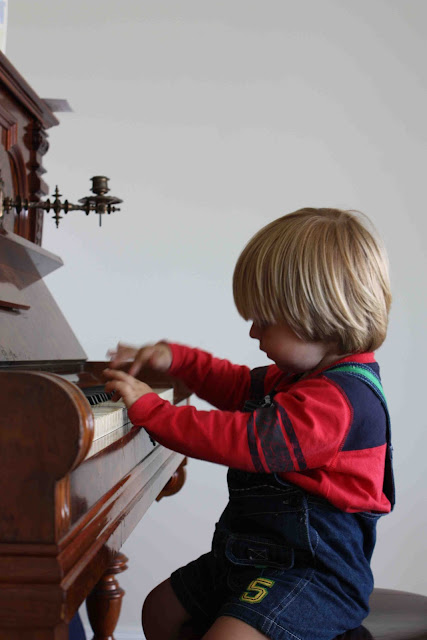 This is a must read.
This is one of those books that I am going to force my husband to read and that he will enjoy. As soon as they can read I will bribe my kids to read it. I will even consider crocheting cushions with quotes from it.
And at present I can’t crochet.
Its premise is fairly simple – There is no such thing as innate talent – there is just hard work and determination – oddly enough, seen in practice this is a mind-blowing theory.
I nearly didn’t borrow this book because a.) it’s mainly about sportspeople and b.) it’s written by a sportsman and as one of the great unable-to-catch-a-ball-if-it-jumps-into-my-open-hands-and-clings I generally have a casual disdain for professional sportspeople.
Don’t they have a life?
Do they really want to look back and say well I swam up and down for 7 hours a day 7 days a week for 17 years…
But… this guy can write.
And he can find those bits of information that make you sit up and take notice and think and then apply it to your life and your kid’s lives and come up with wow.
I see how this applies to this and this and this and that. Bounce is one of those books you have to stop every few pages to TELL someone about.
One of those books you thrust on other people and say here, read, honestly.
But first – let me admit my bias – my kids.
This book provides compelling evidence that it’s not in the genes, it’s not DNA that produces child geniuses and sports star, it’s just practice.
10,000 hours at least to be precise… of practice.
This is interesting for me – I’m not a dunce at maths - I’m just dead lazy.
My complete failure to learn French, Spanish, Latin, Tongan, Pijin and Bislama was just me not putting in the effort… Hmmm.
My failure to get anything like a decent sound out of the piano, the recorder the guitar or the violin - also, just laziness. I will admit that if Shakespearean sonnets in Tongan didn’t roll of my tongue or Chopin preludes didn’t issue forth from my instrument in say - 10.5 hours, I was done.
I'd tell myself it wasn’t my thing. I'd say o well. I'm just bad at learning languages and not musical.
I admit… I still find it hard to believe that if I just practiced I could learn how to dance… (Also tried… Scottish, Irish and ballet…)
However, my loss is my kids gain, which is more important.
They can achieve whatever they want… as long as they practice.
As long as they get in those 10,000 hours…
But… and this is the killer… the kids have to a.) want to do those hours – preferably finding them fun (laps anyone?)
And they have to be actually learning stuff in those hours, constantly challenging themselves and heading beyond what they think is possible. 10,000 hours of auto-cruise doesn’t do it.
They have to be willing to fail fail and fail again – and see this not as them falling on their backsides, but as learning.
The Sprocket is a month shy of two.
And my husband and I have been pretty chuffed, because, let’s not beat about the bush, he’s a musical genius.
Give him his little fake electric guitar and he’s stamping his feet and he’s nodding his head and he’s strumming those non-existent strings.
He’s going to be a rock-star for sure.
The first rock-star ever without an alcohol problem.
Yep that’s my boy.
Smug much, yeay.
And then I got to thinking about it.
He’s already been to 4 music festivals.  3 if you count the in-utero one.
He’s listened to Sudanese, Irish, Scottish, Ni-Van, Solomon islander and East Timorese bands…. Live.
Up-Close.
He’s already watched the Woodstock videos – on a mega mini- movie screen.
In the morning while we’re waiting for our coffee to hit we show him youtubes of Clapton, Louis Armstrong, the John Butler trio, Capercaillie, Silly Wizard.
This one we don’t admit often, but the kid was born to Enya (I know, even the attending doctor said to keep it quiet, and I remember him saying this even as I did my best to bleed out all over him.)
I think it was Caribbean Moon.
It is possibly not surprising the Sprocket spends a lot of time each day on the piano and his various guitars, ukuleles, saxophones, Xylophones and drums.
So far he’d have a good three or four hundred hours of actual playing under his belt and about a thousand hours of watching and listening.
So… another 9,900 hours and he’ll be a child prodigy!
Which is an interesting thought, but even more interesting is how the concept applies to other things – medicine and firefighting were two examples from the book. Business.
That old business of Robert the Bruce and the Spider (Try, try and try again) is obviously (according to this rather well documented theory) more relevant than any genetic input.
This books manages to make the rather old fashioned sounding virtues of dedication, persistence and experience sound cutting edge.
Read it.
Below is a video of the author talking... interesting.