Beloved Companion of the Sunrise 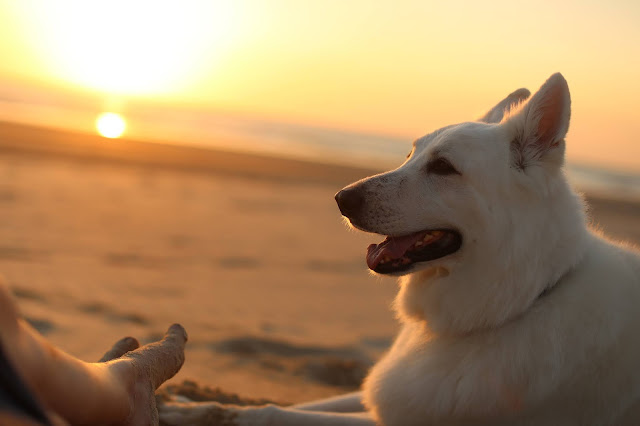 We recently acquired a new family member - a little bundle of energy and soft adorableness - a puppy. She is supposed to be an emotional support dog for my son, but really, she makes all of us laugh and we are all in line for cuddles.
As heart melting (and mischievously funny) as she is, she also brings out our old dogs most admirable attributes. His patience and gentleness are highlighted as she spends hours wrestling with him. He lies on the floor and she throws herself at his face and tussles with his ears and snout. Sometimes, she'll thrust the entirety of her tiny head into his big jaw, entirely, and rightly, confident, he won't hurt her. And patiently he sits. Occasionally he'll heave a sigh, or a groan, and put one paw down on her, as if to say 'chill'. Occasionally, he'll take a leisurely swipe at her with one of his massive paws, and she'll summersault away, pick herself up, and then run right back to attack. But generally, he just sits. She has taken to trotting around after him, or curling up next to him, knowing him to be safe.
Wolfie is the best of dogs and the best of companions. He's always ready for a sunrise or sunset walk (he agrees with me that only a mad person would leave the house during the heat of a Queensland day - that way lies madness and death) and prances with joy through the gloaming. On a beach he sits with easy companionship as we watch the sun rise or set. Occasionally he leaves me to joyfully greet another dog, but then he bounds back.
At home he sits as the small girls roll over him and jump around him, examining his teeth or picking up his paws. He loves all people and dogs, and has only growled once when he believed one of his younger charges was threatened.
Wolfie is everything you could want in a companion - loyal, gentle, responsible, devoted, a great listener, always ready for a beach walk or dam swim, no matter how early or late. He is an expert at finding the coolest place in the house, and always keeps a watchful eye on the children when we're out, running from one to the other to be sure they're all alright.
This year has sucked, but here's a shout out to all our wonderful furred companions who have steadfastly helped us through it. 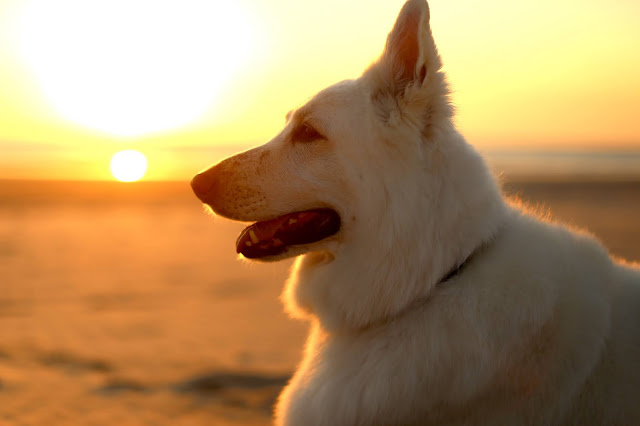 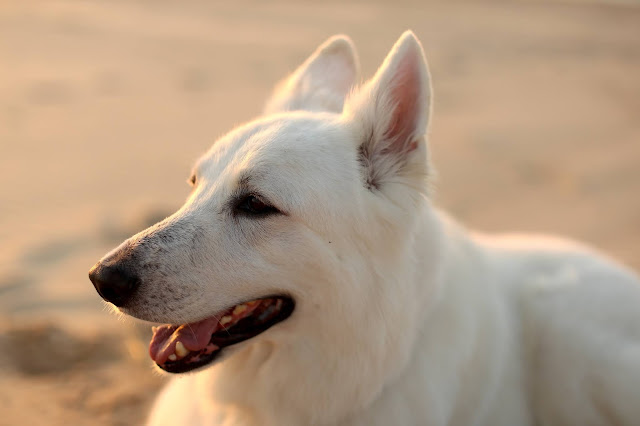 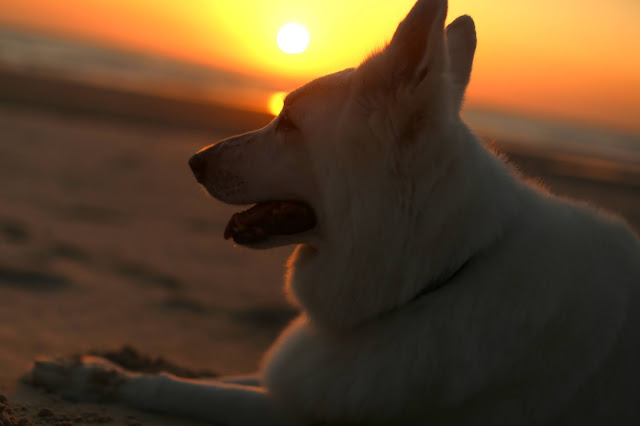 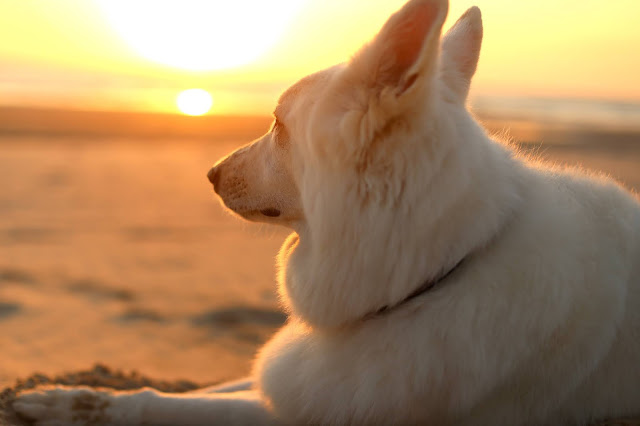 Posted by kirstyrosa at 4:37 PM