Walk with me (through the wetlands) 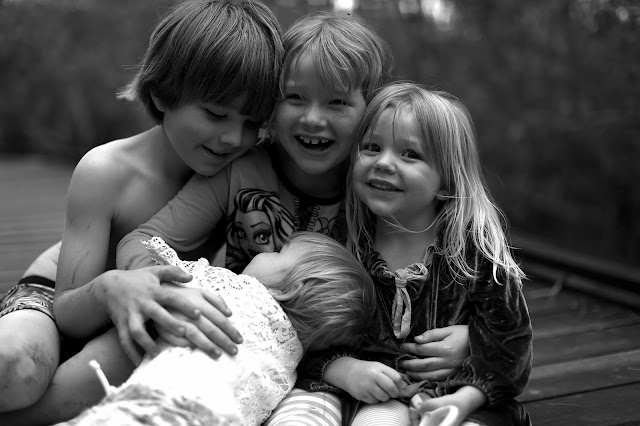 Beloved departs for work. It's just me and the wild ones for the rest of the day and I am very outnumbered. Quickly, with sketchy preparations, I haul the three girls into the car, turn on the air con and return for the boy. He's still sleeping, so I pick him up and carry him out to the car. Food and his choice of music and he's almost human.

And we're driving up the coast and the sky is blue and the music (too) loud and everyone is almost civil.

I've been meaning to try Maroochydore Wetlands walk for awhile and it appears today is the day. Boardwalks (Yay - stroller! Also, nowhere for the kids to run off and get lost.) Mangrove swamp. (Yay wetland beasties. Also, mud.) We pull into a deserted car park and the older kids run off and disappear into the swamp.

Following at a more sedate pace with the stroller and camera, I delight in the juxtaposition of perfect ease of movement along the well made board-walk and the wild tangle around us. It's a type of landscape I haven't encountered before with an undergrowth of unknown stuff - casuarina? and then the paperbarks stretching out of sight

The kids race, squabble, climb trees and swing on branches, balance on the edge of the board walk, in the still cool day. 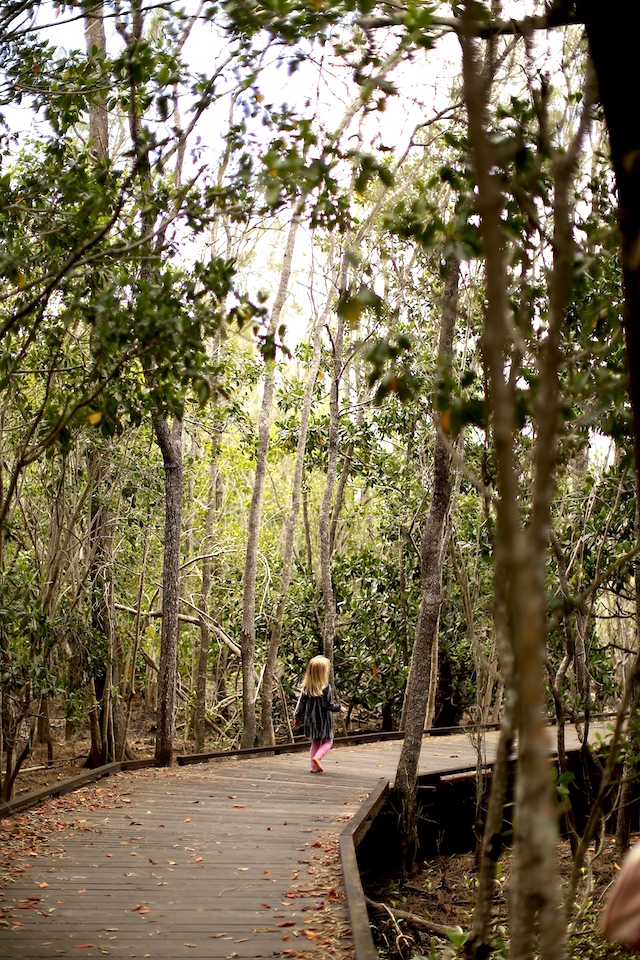 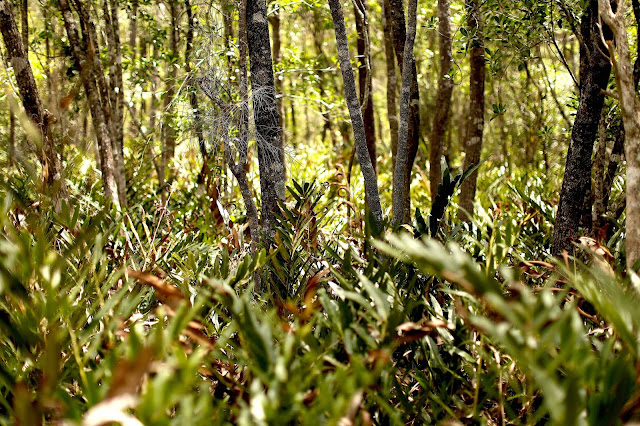 My three year old has hopes of mermaids in the river. We haven't gone more than a few paces before I realise that there are no mermaids but scores of demonic blood suckers. The mosquitos are fierce. Actually. Scrub that. FIERCE. I kill four on one arm, three on the other, and I'm back to swatting at the first arm. I'd meant to stop in at a petrol station to grab some repellent but didn't pass any. 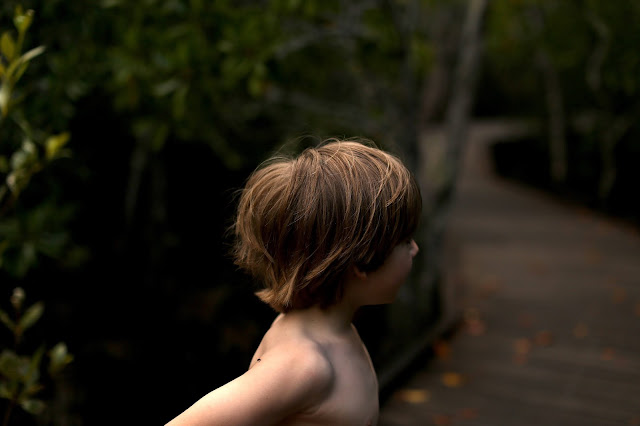 Spot the Mosssie on my Adventure Boy's shoulder. There were hundreds.

Apart from the mossies we have the pathways to ourselves. There's no one else around and birds trill above the rattle of the stroller. The river sparkling morning-new ahead of us we take a detour along a loop that follows a tributary stream. The banks are full of Fiddler crabs, the males each with one massive orange claw. 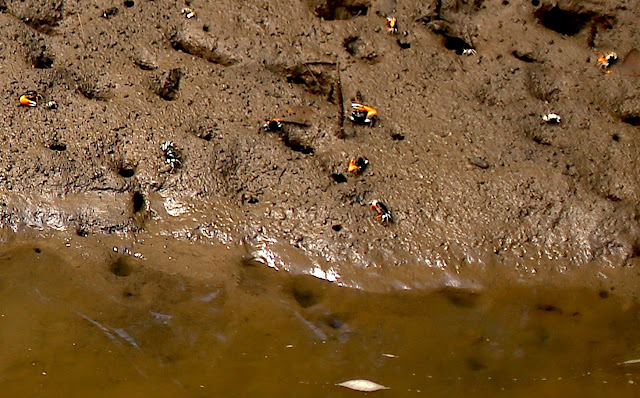 Mud, obviously, presents the opportunity to throw people and (other people's) possessions within. The kids are soon covered in the gunk. My Extravaganza's new light-up shoes are soon encased and their precarious position and entrenched-ness means I have no option but to take off my own shoes to retrieve them. The kids are no longer the only ones ankle deep in tenacious, oozy, pungent, river mud. 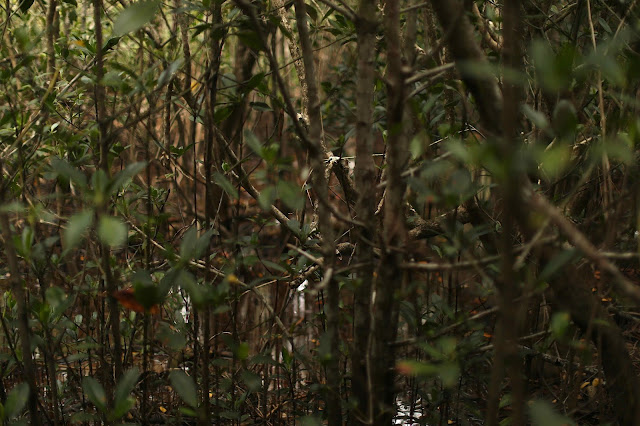 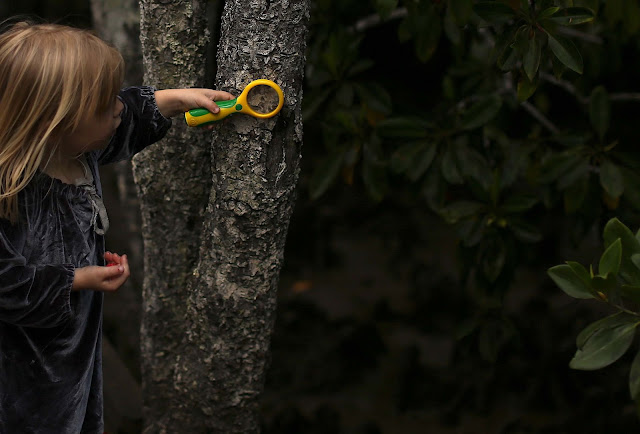 I would like to say Giggle-Bear is holding a rare orange-red Beatle or berry, but Giggle-Bear is, in strict fact, holding her her sticky, twice-sucked lolly. She offered it to me to hold for her and I gave her the option of me eating it or her continuing to hold it. She continued holding it. 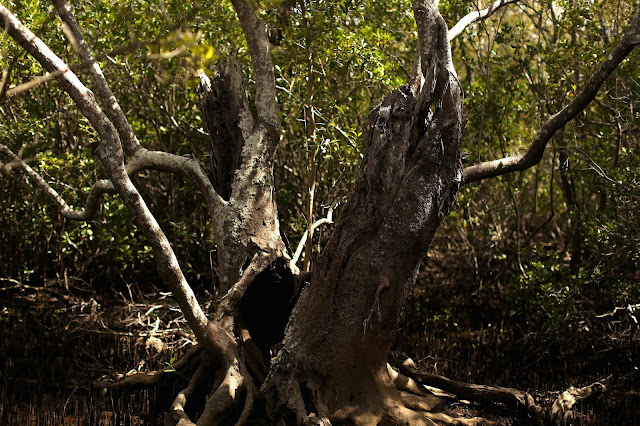 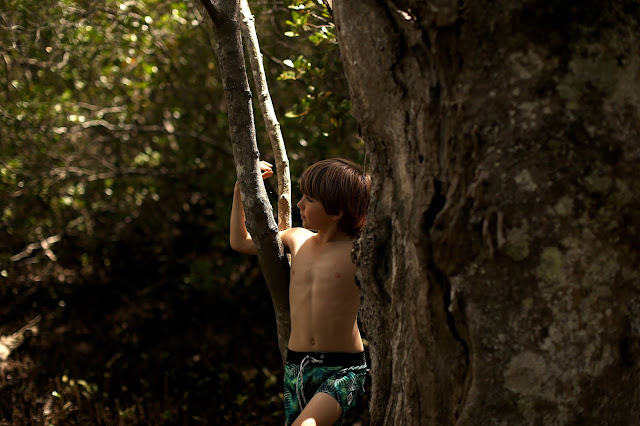 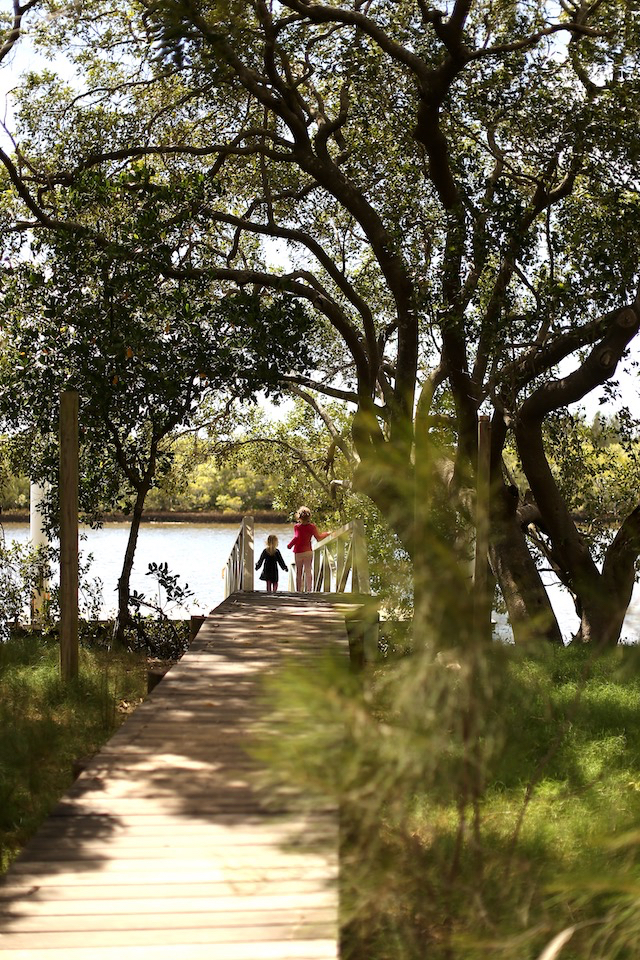 And we reach the river! It is always nice to have a destination. The water is brackish - we saw a toad fish swimming in the tributary - and brown, but very inviting in the sun. A canoeist passes. A family in a boat. They wave and we wave back. 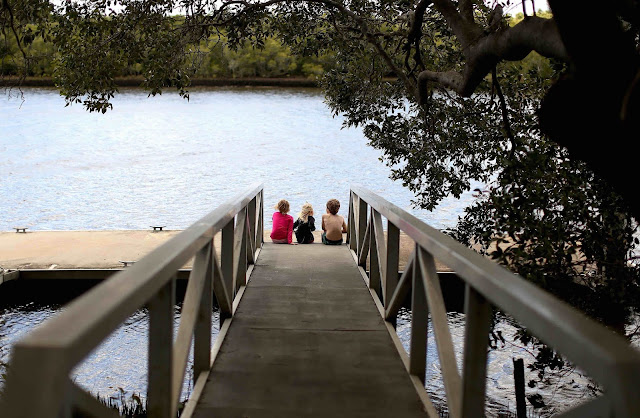 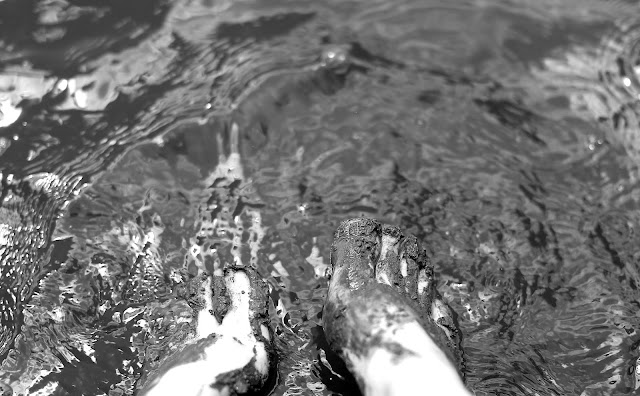 Washing away some of the mud while sitting on the pontoon. 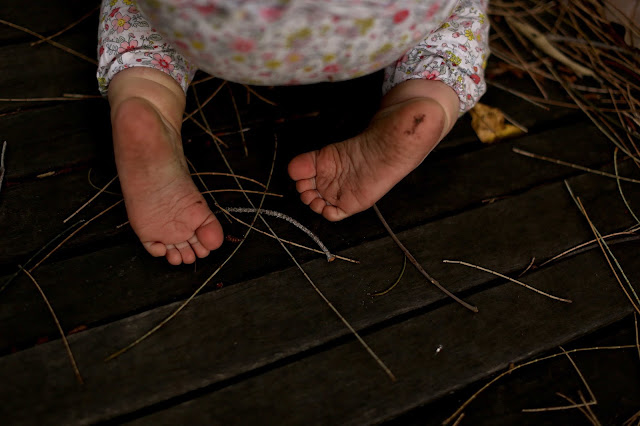 Wonder-Girl was completely desperate to be released from her pusher and let into the river. There was much arching and throwing herself around. When I thought her a safe distance from the water the kids insisted on releasing her so they could play with her.  They demand group photos and I blink and oblige. Mud. Tick. Mossie Bites. Tick. Mis-matched clothes. Tick. Yep, this would be the time they all want photos together. 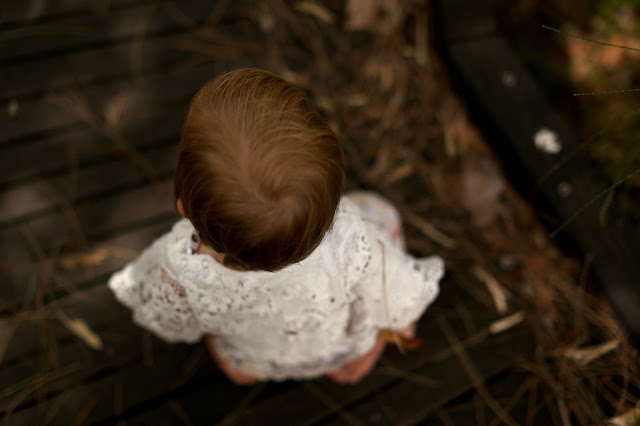 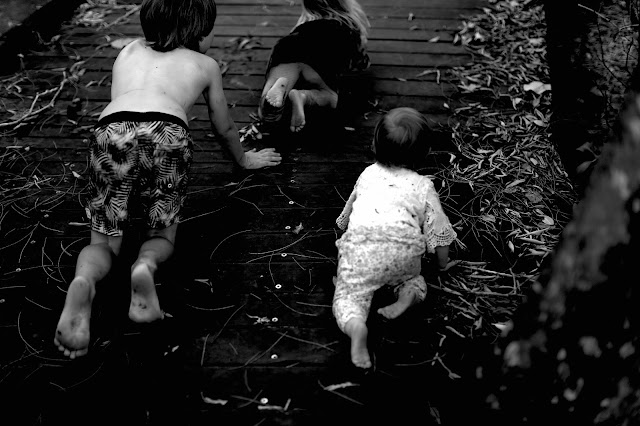 The morning progresses to a boil, the metal boardwalk is hot underfoot, we scoot from shade to shade, still swiping the mossies. But this is momentous. Wonder-Girl is now one of the tribe. In her eyes and theirs. They are a team.

This is why we enter the jungle... 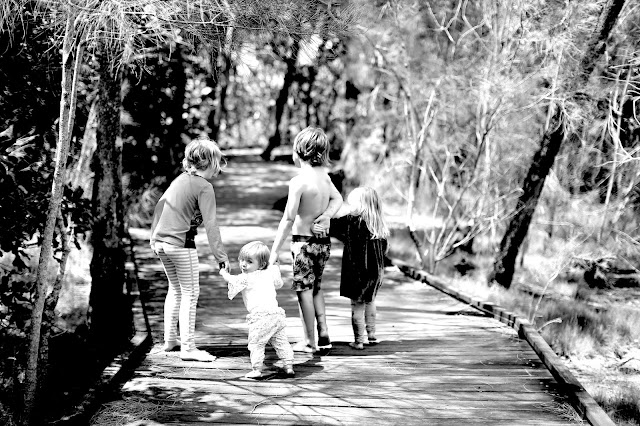 Posted by kirstyrosa at 6:56 PM