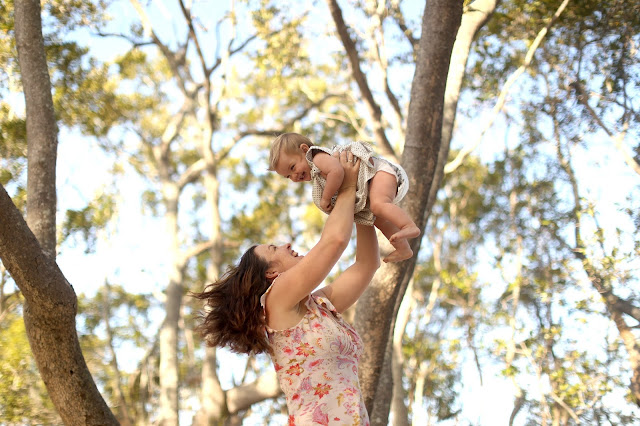 Wonder-Girl is now eleven months old - and it is completely impossible to imagine a world without her. She is now revealed - at least partly - as the person she is and will be.

She is happy and big-belly-laughing, affectionate and determined, cheeky and curious. She adores her older siblings, the dog, the kittens (too much) and water bodies of all kinds.

She has the most determined crawl-stalk I've ever seen and is responsible for the only time I've heard a four year old wail "The baby's chasing me!" while she's crawled him down.

She adores the sea - the pool, (wave pool or normal) baths and showers. As soon as she hears water running she's there, demanding to get in. "Eh! eh! Anna!"

Already she has a very clear idea about her rights - whatever the big kids have and then some.

She sees our dog as an accomplish/climbing frame/pillow and luckily he accepts his role, although he looks somewhat pained when she explores his teeth and ears.

She thinks the kittens are particularly wonderful teddy that squeak if she holds them tightly enough. They are quickly teaching her that they are not.

There is nothing she likes better than to play with her brother and sisters - she greets them with massive giggles and hugs and great big belly laughs if they actually play with her.

Her sense of humour is somewhat warped although she is slowly coming around to the idea that biting is not the most hilarious thing in the world and - furthermore - is not allowed. She went through a stage of constantly biting while she was nursing but after a month of being put on the floor every time she finally got the idea that - although clearly the funniest thing ever and guaranteed a response - it wasn't worth it.

She still thinks pulling hair is pretty cool. We're working on it.

If music she likes comes on she dances - which involves throwing her arms around and giggling. A lot.

While four is definitely a handful - it's entertaining when I only have the two babies and people at the supermarket remark 'you've got your hands full' and I smile and think - these are the easy ones. These two are just fun. My theory is kids get harder and take more work the older they get. Babies are wonders of simplicity and cuddles and then every year brings more worries and frets and run-arounds. At eleven months Wonder-Girl is a delight of giggles and hugs and smiles like the sunrise.

She is entertaining even when she's giving me a big hug and open-mouthed kiss and I know she's considering biting, thinking, thinking... big cheeky grin. The times that I'm too tired to distract the three year old and they both nurse at once they hold hands and smile at each other. Other times Wonder-Girl nurses she plays with her toes - flex, point, curl. Flex, point curl, stretch one leg out and hold the toes. Let go, flex, circle. Toes are amazing. She studies them the whole time. Other times she explores my teeth and nose. Her toe studies are much preferable.

At night, she sleeps in my curve, in the morning, she wakes with a grin. If I wake and move in the night - even if for the minute to go to the loo, she wakes and wails. I admire her survival skills - perfectly primed to ensure adults are around to protect her from hyenas are lions. Perfectly formed with battalions of cuteness to ensure willing, doting protectors and nurturers for her twenty-five formative years.

She is, quite simply, irresistible. There's not a waking hour that passes that she's not kissed and hugged, raspberries blown on her tummy or her neck smooched. On the other hand she gets a lot of benign neglect while I try (and spectacularly fail) to clean the house, or wash dishes and clothes, feed animals and change cat litter. Each time our attention is not 100% she wails with abject betrayal. Luckily, older siblings can be called in.

She plays now in the cot with her three year old sister - laughing and waving her arms in paroxysm of joy - because - Amazing Person is Playing with her! They have a Peter Rabbit - in-the-box and are alternatively playing with it and wrestling - either way she thinks it's the funniest. thing. ever.

She wears a yellow dress and she is our sunshine, our rainbow, our Wonder-Girl. 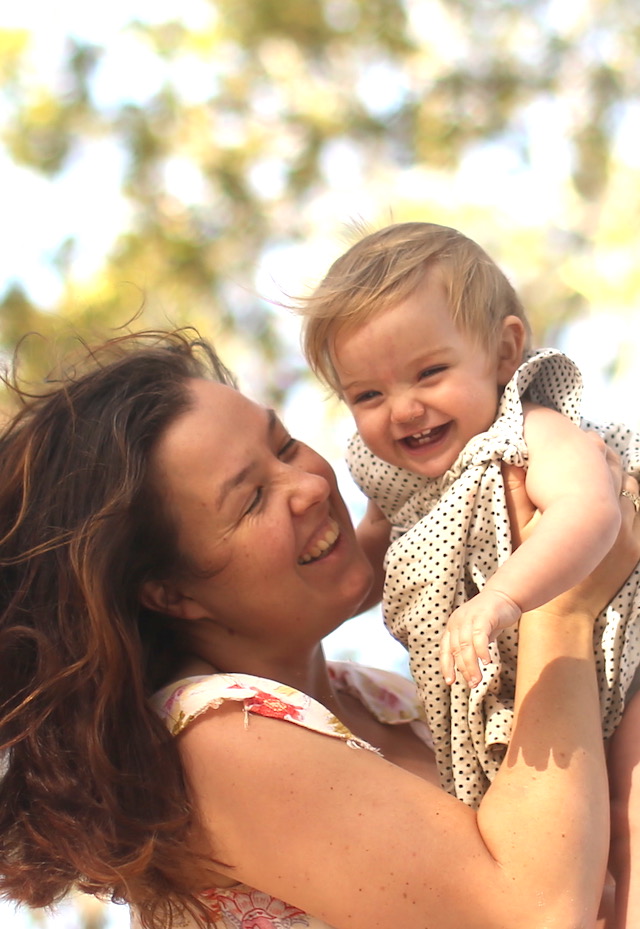 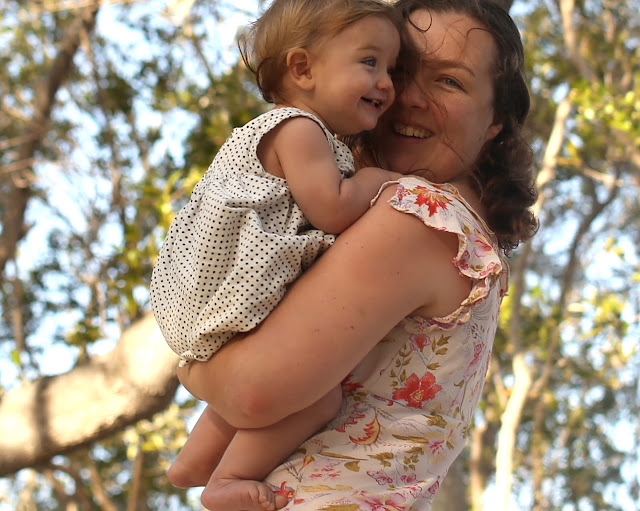 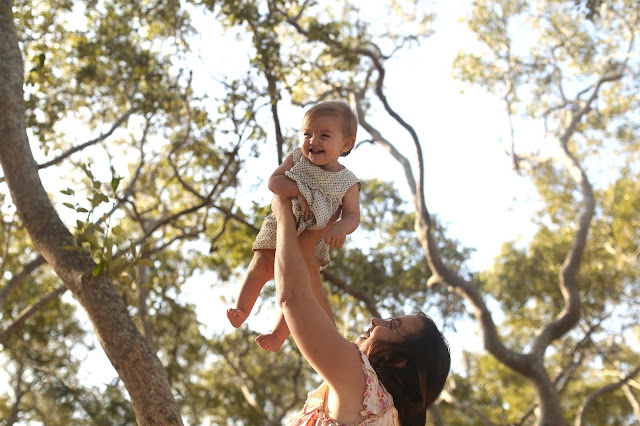 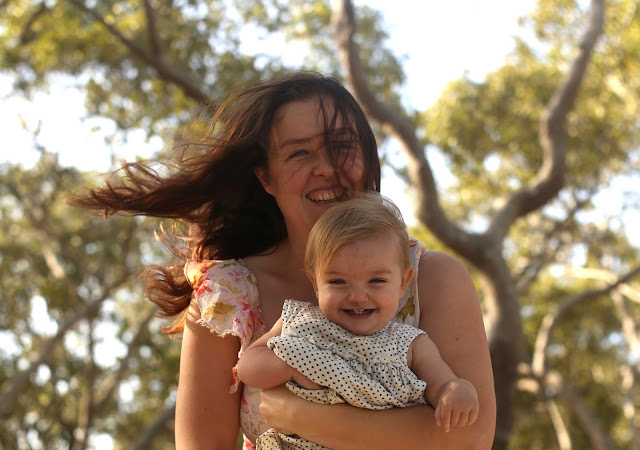 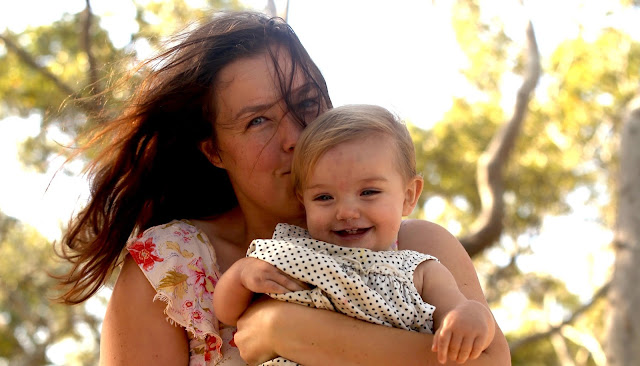 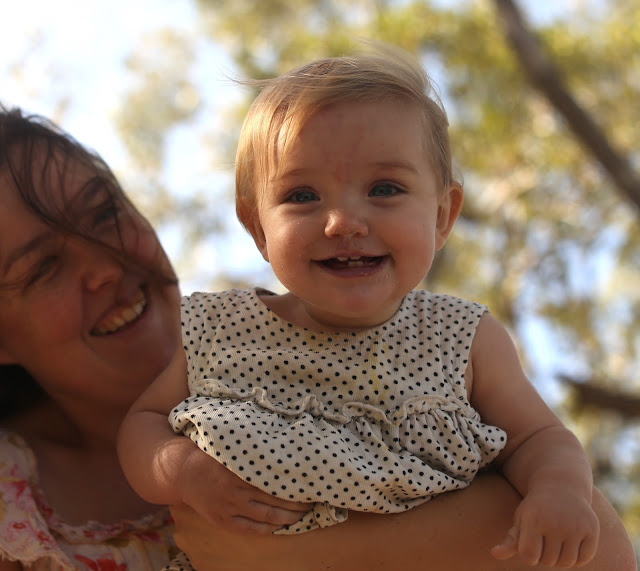 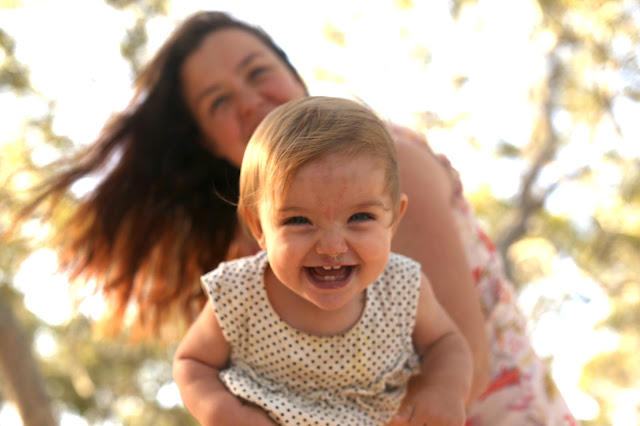 Posted by kirstyrosa at 8:14 PM

Email ThisBlogThis!Share to TwitterShare to FacebookShare to Pinterest
Labels: by the sea, eleven months old, grow so fast, Wonder-Girl