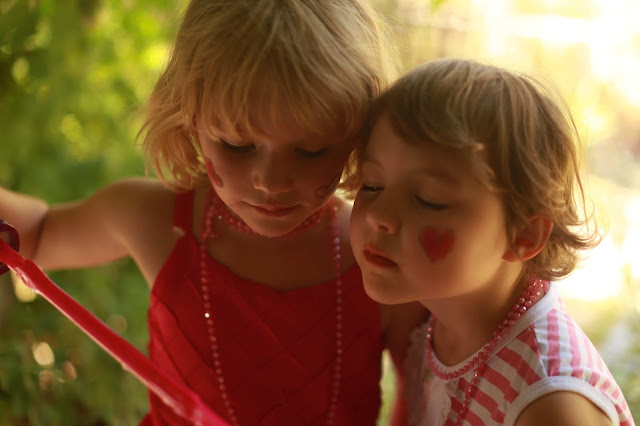 Christmas this year was hot. Very hot. Even though we were down south - the temperature was 38c and sweat dripped and movements were slow and I spent a lot of time dreaming of a White Christmas.

However, we spent Christmas lunch over at my Nana's, and I always love watching my kids with my brother's kids. Extravaganza and her cousin were born six weeks apart and despite living thousands of miles apart and going months without visits, when they do meet up they always play so beautifully.

This time, my Extravaganza painted her own face and her cousin's face and I had a (rather scary but enchanting) vision of how their teen years could be. It seems like they'll be upon us in no time. Make-up and kids makes me a little uneasy - but it was all the Extravaganza wanted for Christmas. Hopefully her current obsession will soon fade!

At the moment, as wise and worldly as my six year old is, she still believes in Father Christmas (as does her big brother at eight) which amazes, delights and worries me. The responsibility is so great I'm not sure I'm up to it!

Giggle Bear is a very similar age to my brother's youngest child (I was in the early throwing-up stages of pregnancy when he was born), and seeing them together you could imagine they were twins, their size and colouring is so similar. As yet they don't have the close bond of the older cousins, but I have hopes it will come in time. 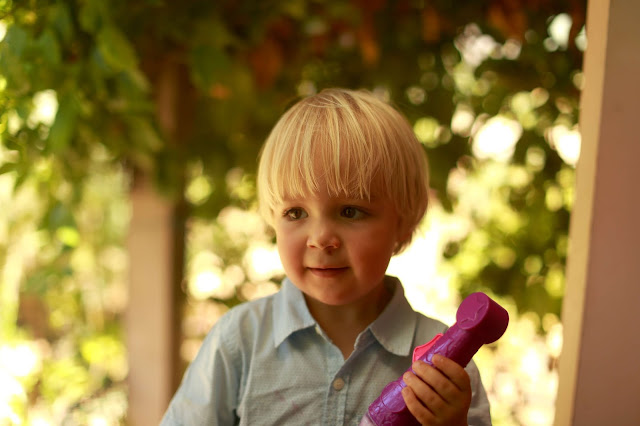 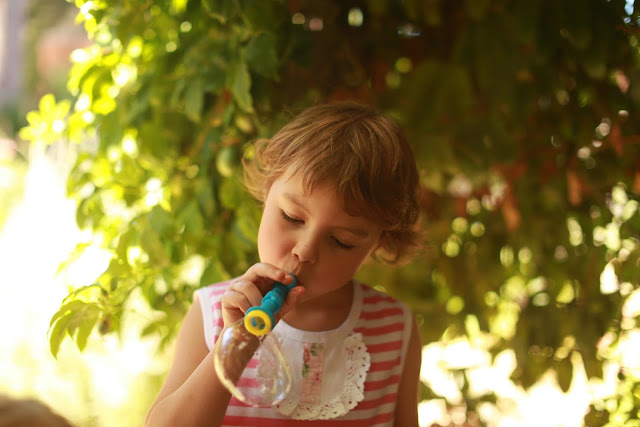 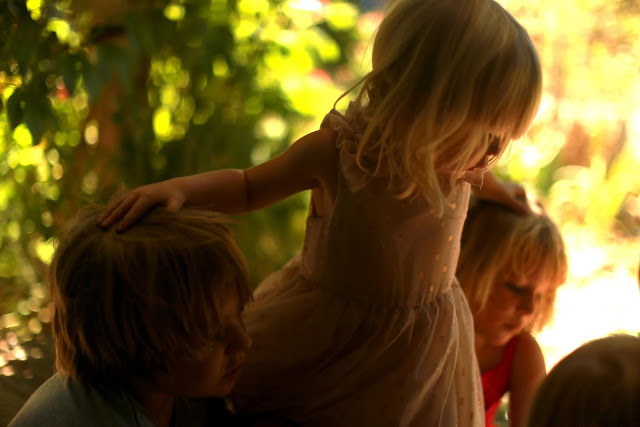 Giggle-Bear has to keep her older siblings in their places... but she has them both well in hand. As she has the rest of us... 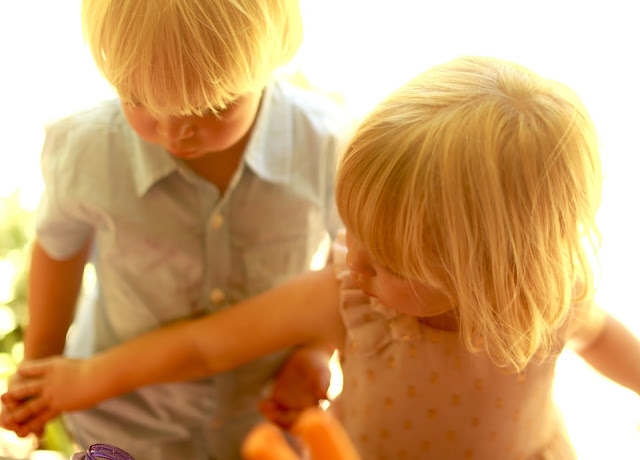 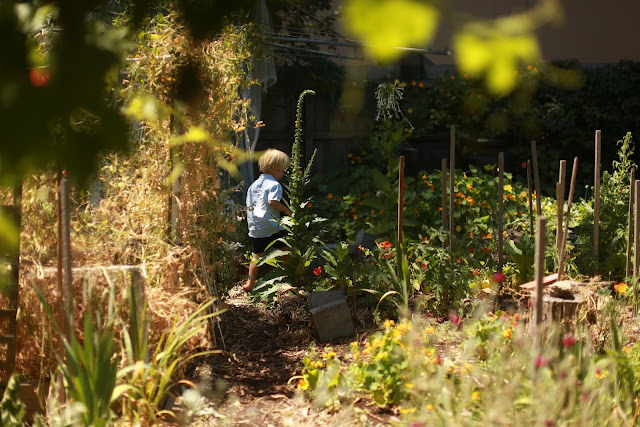 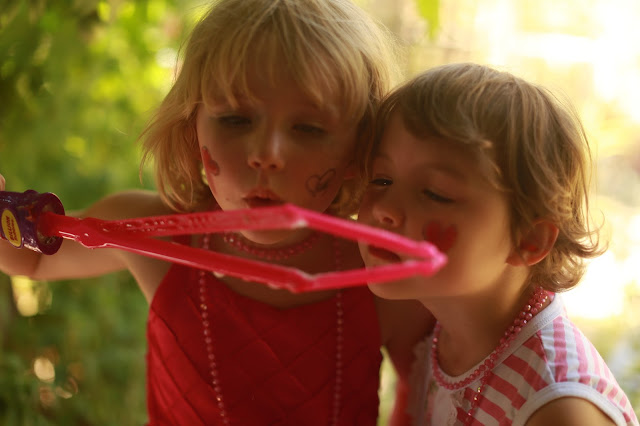 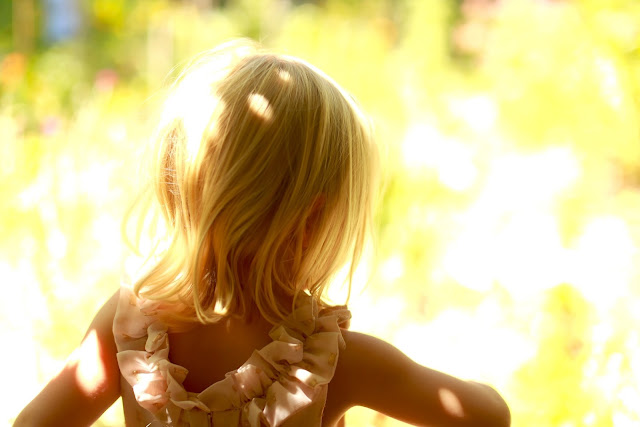 I am always in awe of days when I (or anyone else I can rope in) gets the knots out of the girls hair. They both have a habit of screaming 'help! help - stop it, I don't like it' and getting through it without the neighbours calling the police is something of an achievement. We have de-tangle brushes, de-tangle spray, and often leave conditioner in for hours while I comb. Extensive use is made of screen time and bribes. Giggle-Bears hair isn't quite as bad, but the Extravaganza's hair has an affinity with knots... 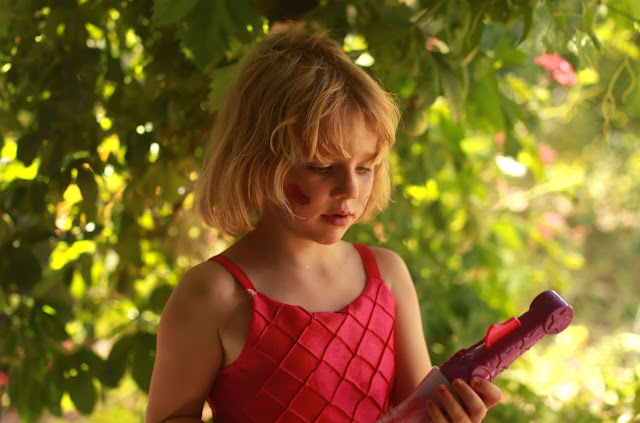 My Extravaganza holding the bubble sword. "With power comes responsibility," she told me recently. "I have sister-power so I need to be responsible."
Posted by kirstyrosa at 12:46 PM