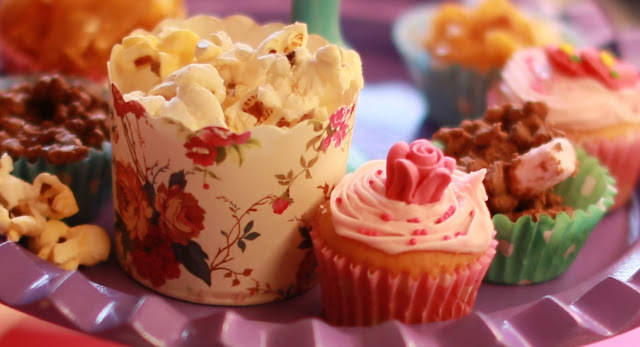 So some of you might have read my last post, focusing in great detail on the food I intend to bring into the hospital to avoid The Great Starvation, yes? The panna cottas, the banoffee, the french cheeses, the mountains of cherries? (You know, all the stuff that goes so well with champagne...) Mm.

Well, it's true enough and proven, once again, that if you want to give God a laugh, tell him your plans.

Turns out my food packing will be somewhat different.

While beloved, the Junior Doc, is not heavy on the sympathy (no death rattle? no grey tinge? you'll be right) he is brilliant on the diagnosis, so when he suggested that at my age, and with a fourth baby gestational diabetes was a real possibility, I didn't completely disregard him.

And thus it was.

When I rocked up to my next midwife appointment after my 28 week blood glucose test I was met with rueful faces and the news that yes, my blood sugar levels had been high enough to just tip me into the gestational diabetes range. Four years ago I would have been fine, but new, tighter, rules were brought in and now my just over the limits puts me firmly in the Insulin Stuff Up category.

Luckily, I had been warned it was a possibility, so it wasn't as much of an upset as it might have been.

That was, until I saw the sheet with my new foods and portion sizes, and discovered I'd be testing my blood four times a day.

Me, I'd just assumed I'd cut back on the treats - a few less pink donuts, maybe not so many vanilla slices, a bit less cream on my porridge and sour cream in my soup - voila - done.

Even my fruit is now rationed.

And they expect me to do maths. As in - how many carbohydrate serves are in this slice of (whole grain, low GI) bread, that much rolled oats - and if so how much should I have in one sitting?

On the other hand, there are distinct positives.

I had my 'welcome to the wonderful world of finger pricks and (tightly) controlled eating' talk last week and the nurse apologised that unfortunately, bebe and I would need to stay in the hospital a little longer after the birth so we could be monitored.

Yay. Yay. Double yay! Happy days are here again. Best thing I've heard all year. Maybe even worth having to count out my cherries...

Next plus. With my diet strictly monitored possibly my massive weight gain (a gazillion kilos in the last ten weeks -  ever since I stopped throwing up and actually loosing weight I've been eating like I'm trying to catch up - with truly criminal interest) will actually stabilise and people will stop looking horrified shocked when I tell them that no, I'm not actually due this week, there's still another ten weeks to go.

I do know my weight gain has been excessive. I'm not quite sure how excessive, because, as I told the midwife when she asked me if I'd been on the scales recently why would I want to do that ? I presently have no idea where the scales are, and to be honest, I prefer it like that. I do know that I've already exceeded what should have been my maximum weight gain...

Shortly after telling me about my gestational diabetes the midwife tentatively brought up an induction at 38 weeks (particularly as all my previous babies have been big at 4.1 kg). While I'm not keen on the idea of an induction in general, nor am I keen on having an even bigger baby... and....

When Beloved went to book in a weeks spousal leave Medical Workforce frowned and said 'that date doesn't suit - how about two weeks earlier?' (Note: Despite working in a hospital I don't think they get how babies work. Maybe they were joking. Maybe.) Anyway, an induction would have bebe coming at just the right time for Beloved's proposed spousal leave.*

I got all excited and started looking up 0000 growsuits on the internet and was truly just about to order (Purebaby have a very nice four for three deal at the moment), but Beloved said, no. The baby might come two weeks early, but will likely be just as big as the others, you know because of the risk of big(ger) babies with gestational diabetes, the whole reason for the possible induction.

While a lot on the 'suggested eating' sheet makes sense, a lot is counter intuitive - brown rice is out but white, basmati rice is in. Watermelon is out, but custard is in. Custard is in? Happy days. I can eat a lot of (carefully portioned, single carb serves) of custard!

It turns out one serve of cherries is twenty cherries, so while I can't have my normal half kilo (the girls scoff the other half) twenty isn't so bad. Just for a little bit.

And as my Beloved pointed out - now we can match - we both now have a 50% chance of diabetes later in life - his due to genetics, mine acquired. Yay. Matching. So romantic.

Anyway, hello, health kick. Hopefully this means bebe will be brilliantly healthy and radiant with lots of (low GI) veggies.


*they also suggested that as Beloved is actually working on Obstetrics over my due dates he'd already be around for the birth. It is possible that other mothers would take it amiss if he skedaddled from their emergency c-section to catch his own baby.

Posted by kirstyrosa at 9:01 PM